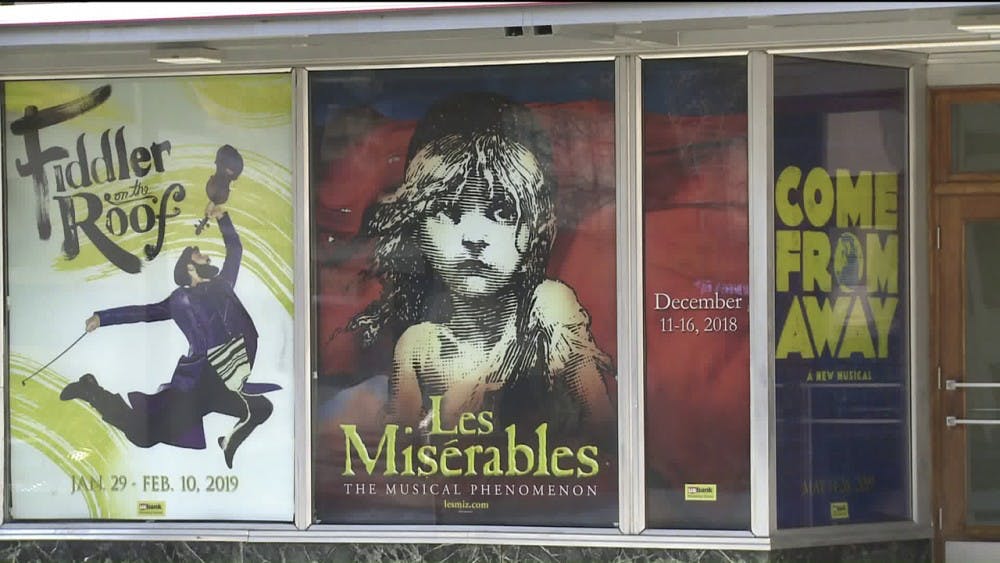 Column: Why it’s a hard-knock life for Broadway shows on the silver screen

Broadway has been trying to get its “big break” in Hollywood for a while. Film adaptations of musicals have come and gone over the years, but only a few of them have really stuck around.

Broadway adaptations have become more popular in recent years with box office successes such as ”Into the Woods” and “Les Misérables.” However, others, like the 2014 musical-to-movie remake of “Annie,” have flopped.

Despite the success of some adaptations, Broadway audiences are still wary of their favorite musicals being made into movies.

One of the main aspects of producing a movie goes beyond making the film itself. Marketing remains a significant factor in a film's success. Plus, without great advertising and visibility, no film company would be able to achieve a good profit margin.

Film producers know bringing in A-list Hollywood actors is one of the best ways to bring audiences to theaters. This is why we’ve seen the likes of Anne Hathaway, Russell Crowe and Meryl Streep take on iconic Broadway roles throughout the years.

Broadway actors themselves should have the opportunity to audition for roles that originated on Broadway, an idea fans have been demanding for years. These actors have the singing, dancing and acting abilities that famous celebrities may not.

Sure, Ansel Elgort may have the ability to play Tony in Steven Spielberg’s upcoming adaptation of “West Side Story” well, but the question is whether he could play it as spectacularly as an actor who played Tony every day on stage and knows the character’s mannerisms by heart. Let’s not even talk about Jason Derulo and Taylor Swift in the imminent “Cats” film, just two of the many questionable choices made by the producers.

The plots and scripts of Broadway shows should be considered sacred by film producers. People aren’t always looking for change in the things they love, which is a reason why the 2014 adaptation of “Annie” wasn’t received warmly by many critics. The songs were remade in a “pop” style, and the entire landscape of the film changed.

Directors need to work with Broadway actors in order to be as faithful as they can to the original material. The producers of the “In the Heights” adaptation that just began shooting this year are doing exactly that by collaborating with and casting Lin-Manuel Miranda in the film, who played main character Usnavi de la Vega in the original Broadway show. Additionally, they have cast multiple relatively unknown Broadway actors for many of the roles. This is one of the small number of examples of film producers getting it right and honoring each aspect accordingly.

There’s no question that bringing Broadway musicals to Hollywood has given some shows massive exposure to a wide range of audiences they wouldn’t have otherwise been able to reach. Sitting in a movie theater will never deliver the same experience as live stage shows do, but Hollywood versions of Broadway shows have potential. The promise that adaptations have, however, will only be realized if producers and directors stay true to the original material while giving unknown actors the chance to shine.

Audiences love authenticity. Staying authentic to the message of the Broadway show through the cast, music and choreography would be the best marketing film producers could ever hope for.