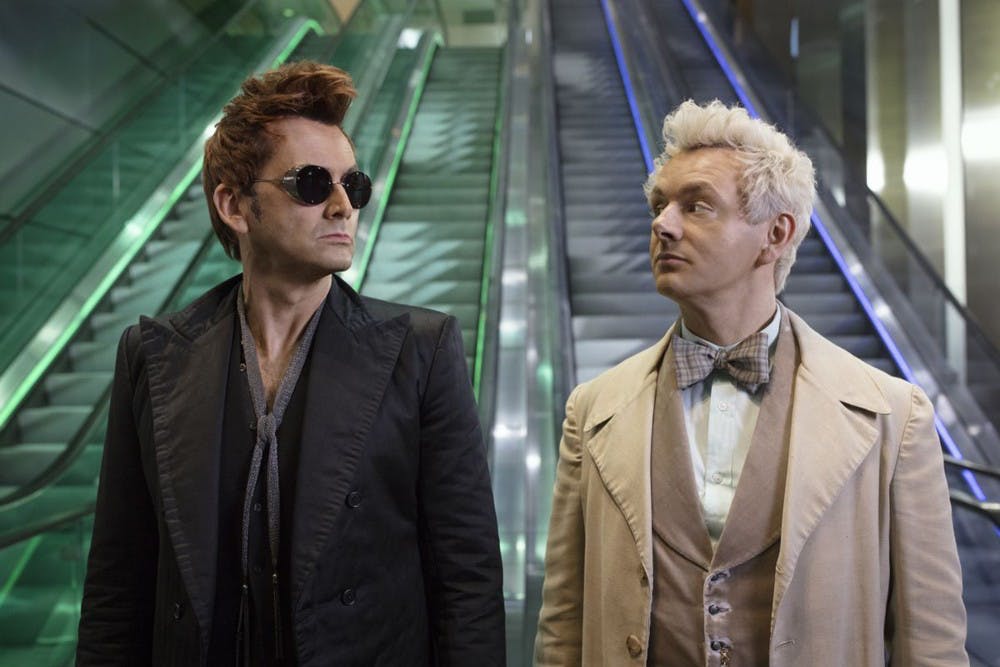 One of Amazon’s newest mini-series, "Good Omens" made a lot of headlines this year after a petition of upwards of 20,000 people erroneously asked Netflix, a competing service, to cancel the show. Of the petition's many complaints, which can be summed up as the show being “blasphemous,” the main concerns include God being voiced by a woman, the portrayal of the riders of the Apocalypse and its portrayal of demons and Satanists.

The show is based off of Neil Gaiman and Terry Pratchett’s book of the same name, and Gaiman was heavily involved in the show’s creation. After hearing about the petition being sent to the wrong network, Gaiman tweeted, “This is so beautiful... Promise me you won’t tell them?”

The story follows angel Aziraphale, played by Michael Sheen, and demon Crowley, played by David Tennant, who work together to try to avert the apocalypse and the Antichrist's coming of age. Sheen and Tennant’s quick-witted banter and absurd antics make this show what it is. Their amazing chemistry is what Rotten Tomatoes called “very-nearly-holy (or maybe unholy?)” and launched them to an impressive 82% Rotten Tomatoes Tomatometer score and a 91% audience score.

In addition to Sheen and Tennant, there are several other big names thrown in with the cast of smaller but no less talented actors. Jon Hamm is one of the most notable, playing the archangel Gabriel. Nick Offerman, Mark Gatiss, Jonathan Aris and Benedict Cumberbatch also make appearances throughout the mini-series.

"Good Omens" is hilariously irreverent, which is why so many people tried to get the show cancelled. The angels and demons of the show, excluding Aziraphale and Crowley, are portrayed as being flawed pawns in a larger game of chess rather than the ones moving the pieces themselves. Aziraphale and Crowley are shown to be the most human of the lot and try to save humanity by preventing the apocalypse, recognizing all of the amazing things humans do outside of being sinners and saints.

The show has a fast-moving plot that keeps the story alive without feeling incomplete. It also manages to juggle three separate plot lines that all combine without leaving holes or neglecting any one part, which was refreshing, as so many subplots or elements of foreshadowing end up abandoned for the sake of the larger plot (looking at you, "Game of Thrones").

"Good Omens" hints at a sequel, but the major plot of the story does come to a complete, satisfying close. Gaiman told IGN he has considered the possibility of a sequel to the book but has never published anything, saying he used the best ideas of the unwritten book for the show, meaning it is most likely at an official end.

If you end up watching the show and loving it, I would suggest reading the book it is based off of or looking at Gaiman’s other works, such as "American Gods," which also inspired a show of the same name and was recently renewed for a third season.

This show is perfect for a quick binge or for those who like shows with a bit of an edge or a good sense of humor. If Gaiman’s notoriously strange stories aren’t your cup of tea, you might not like this show, but at only 6 episodes, you really don’t have much to lose at trying something new.