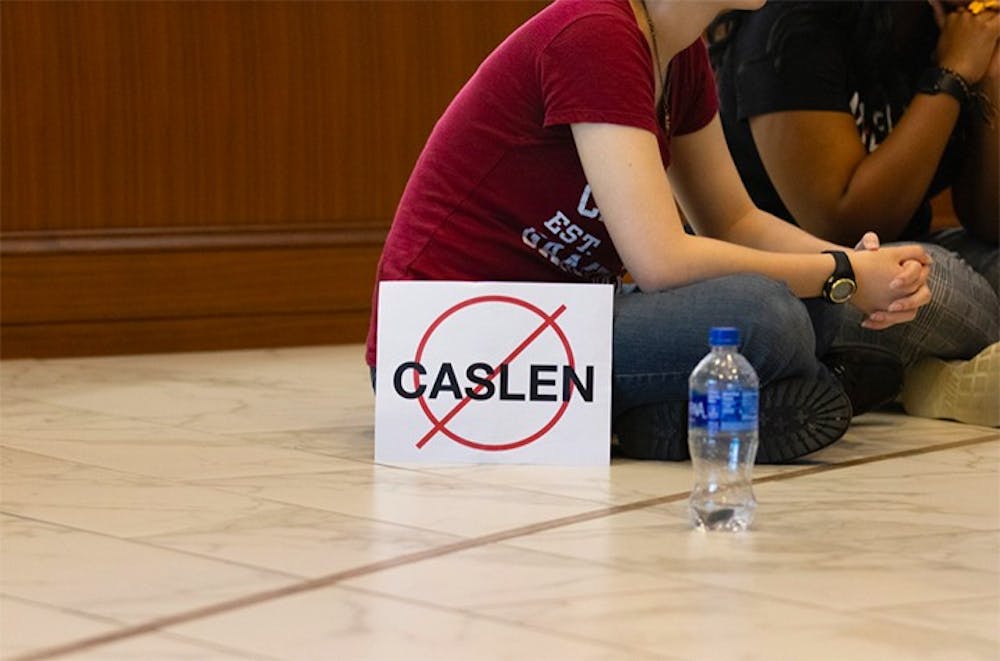 You need to be paying attention to USC’s search for a new president.

South Carolina Gov. Henry McMaster has pushed the Board of Trustees vote to be this Friday at 10 a. m. for candidate Robert L. Caslen. For a variety of reasons – including his credentials, age and a comment about a relationship between sexual assault and alcohol – Caslen was the most controversial candidate out of the final four.

Caslen, a former West Point Superintendent, does have an impressive CV, but the vast majority of his credentials are military related. This is not reflective of USC's vastly civilian student body. His only redeeming qualities are that he does have a Masters in Finance and Industrial Engineering and has a track record for having success in fundraising from the federal government, but that still does not make him a qualified candidate.

Caslen has only been awarded an honorary PhD from Long Island University, as opposed to an earned doctorate – something most other presidential candidates have, especially for a Division I research university like USC. He has even admitted that he does not have the proper credentials. At his presidential search forum in April of 2019, he said that he is going to have to learn what it is to be president based on  his lack of experience in academic education and the fact he doesn't “have a terminal degree." He has completed no research and has only ever been published in military publications, how is that qualified?

Caslen is also the same age as former USC president Harris Pastides – 65 years old. This gives students pause.  Pastides was able to make a lot of change and execute his vision for USC over 11 years, but Caslen would be unable to do much of consequence before reaching the age of retirement.

After making a statement regarding sexual assault during his presidential search forum, Caslen faced a lot of backlash. Due to the recent the murder of USC student Samantha Josephson last year, students fought aggressively against Caslen's suggestion that alcohol was somehow responsible for a victim being assaulted.

After being at the end of USC's community and activists who protested against him, Caslen  begged the question “who would want to go back to an environment like that?" And although he has not withdrawn his resume from the unfilled position, he said it himself that he wouldn’t want to come back. So then why is the vote taking place despite his apparent disinterest in the position?

According to The Post and Courier of Charleston, when USC reopened the presidential search after the first round of candidates were denied, including Caslen, McMaster chose to only call Caslen to encourage him to reapply. The governor, who rarely votes on any USC matter and holds the ex-officio chair position due to his governorship, is pushing this unqualified candidate because he wants someone who can fundraise for the state, not because it is in the best interest of the faculty, staff or students of USC.

This is not a cabinet position for the South Carolina government, this is the president of a separate USC.

Let’s call this what it is. This is a cowardly attempt by the Governor to push through an unpopular presidential candidate when the least amount of people can protest, but an 82% disapproval rating doesn’t lie.

Caslen is not a good fit for this university. He has said he doesn’t want the job, but McMaster is showing his true colors by forcing his will into business he only has an honorary hand in.