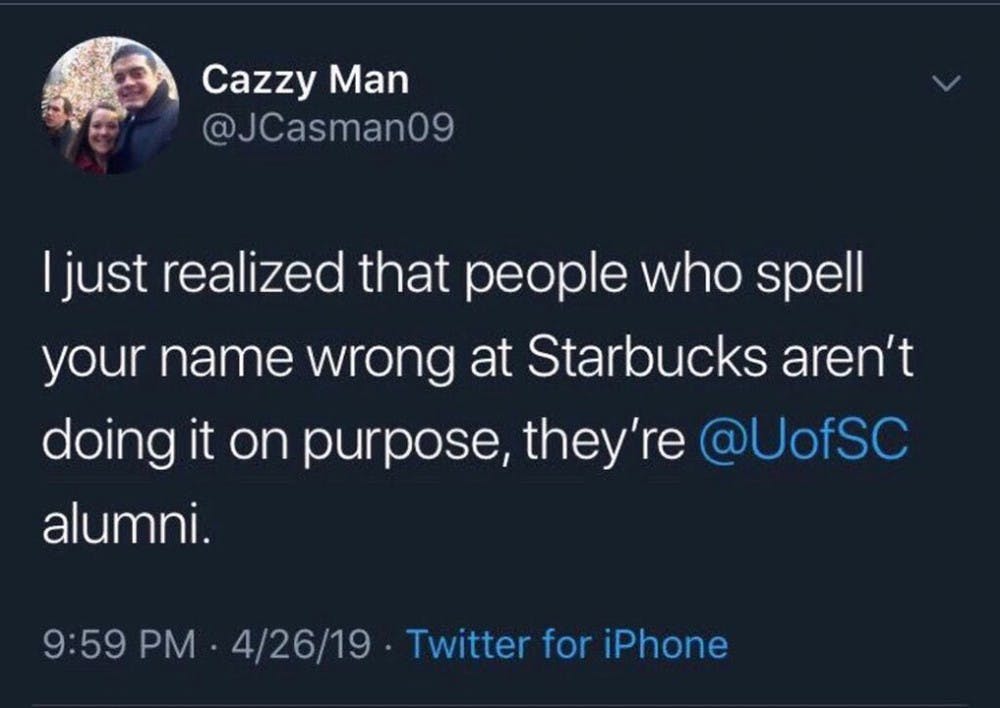 It is indisputable that the appointment of Robert Caslen as USC’s 29th president was a long and controversial process. After President Harris Pastides announced his retirement, tensions ran high in both April and July as student activists tried to stop Caslen from getting the position.

Those against Caslen, despite the number, faced a great deal of scrutiny over their words and actions. The board of trustees and those wanting to counter student activism looked for any sign of disruption, weakness or lack of professionalism to use as an argument against what students were advocating for.

These high standards are difficult to meet by anyone, not just USC students fighting for a cause they are passionate about. So why is it that Caslen’s sons felt the need to resort to emotional and rude tactics to voice their displeasure about student opposition when students are expected to maintain their cool? Especially considering that Caslen’s sons aren’t the ones facing potential accreditation sanctions or the loss of an accredited degree.

During the first round of presidential candidates in April, the Twitter dispute began with one of Caslen’s sons making a rude comment about USC alumni. Jeff Caslen, whose Twitter is under the nickname “Cazzy Man,” tweeted “I just realized that people who spell your name wrong at Starbucks aren’t doing it on purpose, they’re @UofSC alumni” on April 26, 2019. He is a captain in the Army and a West Point graduate like his father.

On April 27, Jeff Caslen tweeted again and called Ethan Magnuson, a second-year student at the time, an idiot for his statement about Robert Caslen.

Then, during the July confirmation vote, another one of Caslen’s sons tweeted about USC’s football team. Robert Caslen III tweeted “I’m so ready to watch the lame ass dirt peckers get stomped this year in football. @UofSC @GamecockFB” on July 1, 2019. Robert Caslen III is a firefighter and public servant.

Jeff Caslen tweeted on July 19, again calling Magnuson an idiot: “Re my tweets: Magnuson is an idiot. A person who served for 43 years in the military does not have a career contrary to the university. second one. It was a joke I made after the angry DMs I got (Many spelled wrong) but then realized it was counter productive so i deleted it.”

Robert Caslen III tweeted an apology for his statements, saying "Please don't see this as a reflection of my father," and both sons have since deleted their remarks from Twitter. However, Jeff Caslen has not issued a public apology to Magnuson or the university for his tweets.

Thankfully, Caslen’s kids aren’t all like that. Nick Caslen, a special agent for the FBI, wrote an open letter to the USC family and submitted it to the USC Alum & Friends for a Fair Process group. Nick has made it clear though his letter what his father is like, from a child’s perspective. The letter was honest about what we should expect from Robert Caslen, our new president, and what he is like. It could be viewed as slightly biased, which Nick himself admits to, but the letter is well worth the read, regardless of whether you take the statements at face value or not.

That said, it’s not enough that only one of Caslen’s sons took the high road and met peaceful and respectable activism with equitable respectability. If student activists are held to a high standard for hosting protests and speaking out, why aren’t other adults, such as Caslen’s sons, reaching the same standard?

Being against this form of student activism is one thing, especially if the activism in question is about boycotting a family member. But sinking to the point of calling USC members names such as “lame ass dirt peckers,” saying you hope we lose our football games or implying that USC alumni are stupid is a level student activists didn’t reach.

With all this talk of reconciliation and healing for the university, I really hope it starts with Robert Caslen III and Jeff Caslen.