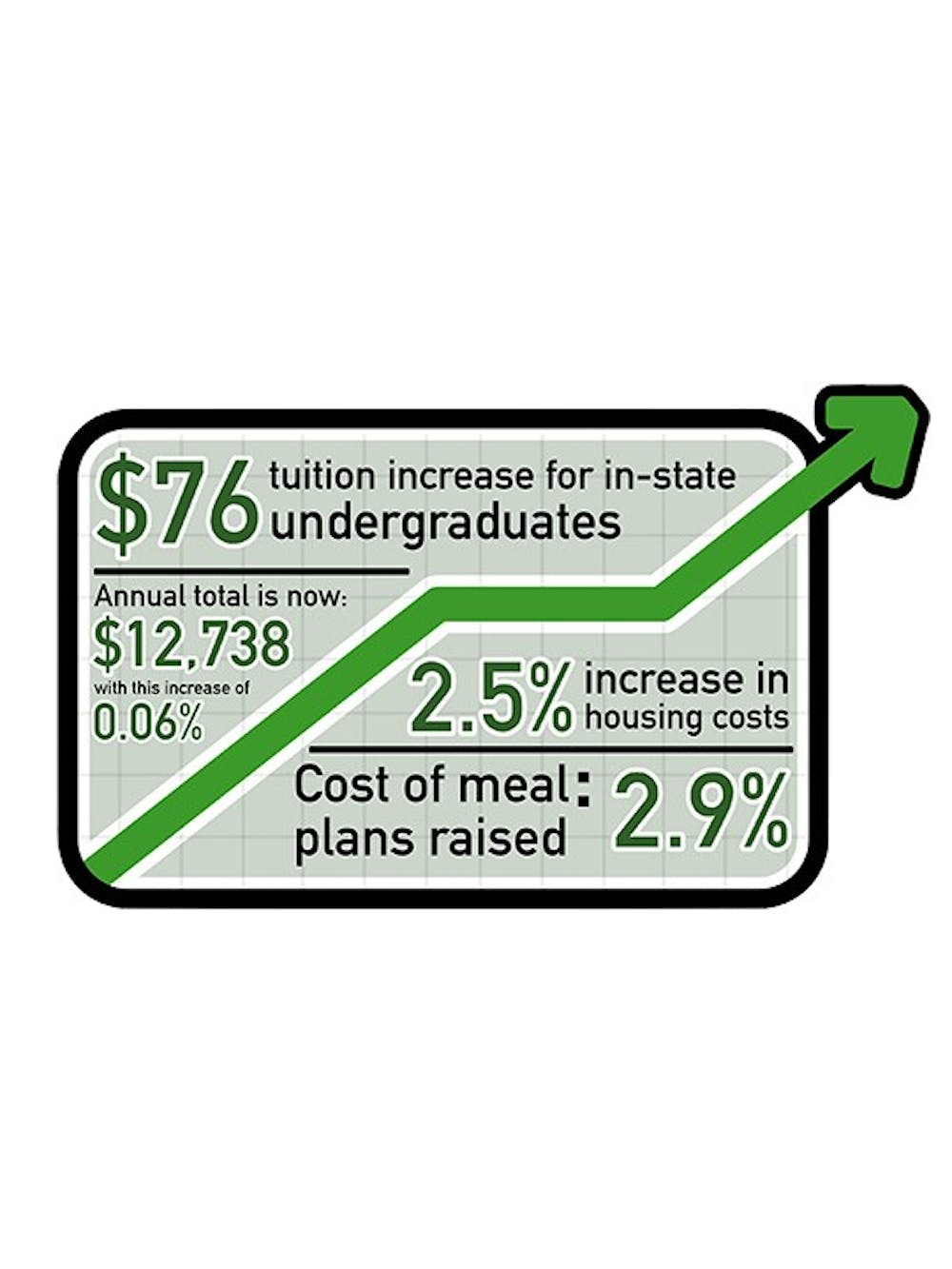 The board of trustees approved an annual $76 dollar increase for undergraduate in-state tuition over the summer. This increase is the smallest since 1998, when tuition was decreased by $4.

With the less than 1% raise on in-state undergraduate tuition, the annual cost is now $12,738, which is about $2,500 less than Clemson University and $200 more than College of Charleston. A 2.5% increase in housing costs and a 2.9% increase in the cost of meal plans were also approved over the summer.

South Carolina lawmakers increased funding towards higher education by $36 million in May to promote a freeze in tuition cost in public colleges and universities within the state. A tuition freeze means that tuition won't increase except by the amount needed to cover state-mandated health insurance and pension costs.

University spokesman Jeff Stensland said the investment into higher education that passed in the South Carolina House and Senate was crucial for USC.

"I mean that, that's what really made all the difference in the world," Stensland said of working with lawmakers.

Stensland said President Bob Caslen has shown an interest in addressing the topic as tuition costs and student loans become a national conversation.

"I fully anticipate that he will be eager to engage with lawmakers on what else can be done and how we can try to make sustainable funding for higher education a state priority," Stensland said.

"The more students that we can have at South Carolina that have those advanced degrees, the better it is for the entire state and for the economy moving forward," Stensland said.

"We're extremely pleased we were able to keep tuition low this year, and hopefully we're gonna make this a consistent year over year thing," Stensland said.