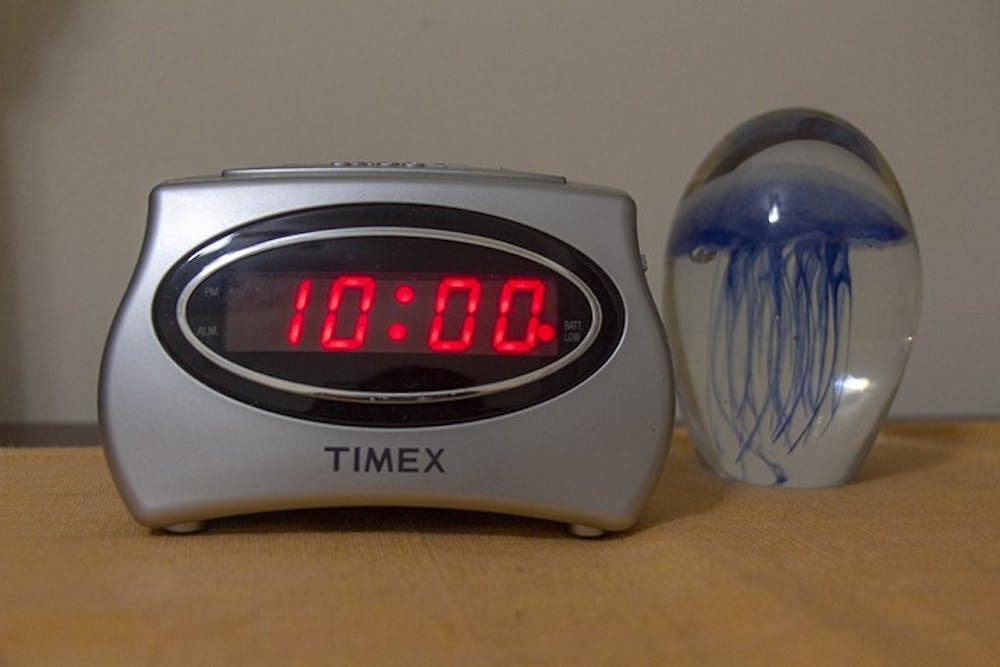 Finding a balance between what you are doing in college is hard. If you are an incoming freshman, this holds especially true. You are on your own for the first time and have full control over what you do with your time. For upperclassmen and graduate students, you have to be able to find a balance between schoolwork and personal time. With all of that in mind, a good solution to accomplishing your full routine is to wake up early.

Mornings are hard for everyone and, no matter who you are, disciplining yourself is always a challenging task. That said, mornings give you the most time of day to do things on your own.

Let’s say you want to go to Strom, but can’t make the time during the day because of classes or a part-time job. Or you want to feel more comfortable exercising in the gym, because we all know Strom can be a bit overwhelming. Going in the mornings is a perfect choice for you.

The morning is typically the only time you can have in the day to spend on your own. In the mornings, you are refreshed from sleeping and have your full attention to go over notes for class, complete any unfinished homework or even finally work on that project you need to start. Mornings also give you time to plan out your day, run errands and do other things you normally wouldn’t have the time to do.

From personal experience, the majority of the time I spend at night and the late afternoon is with other people, so I am not focused on doing anything productive during that large time period. In typical “9-to-5” work schedules, later hours are meant for relaxing. College is a time where you are supposed to prepare yourself for the working world, so applying this to your routine doesn’t seem that unusual. Not to mention, a major part of college is finding ways to better yourself.

A lot of CEOs and famous people swear behind waking up early to get a head start on their day. While being a celebrity isn’t reason alone to adjust your sleep schedule, it might not be a mere coincidence that they all get up early. Apple CEO Tim Cook wakes up at 3:45 a.m. every morning. Mark Wahlberg wakes up at 2:30 a.m. every morning to complete his heavy work schedule, which continues throughout his whole day and starts at 3:40 a.m., because what else do you do that early?

Even if you aren’t going to start waking up early, college is the perfect time to start changing yourself and creating good habits. Not everyone is fortunate enough to have four years to learn and improve on themselves, so making the best use of it is within your self-interest. As Gamecocks, we have a presentation to uphold and it is within our power to surpass that.