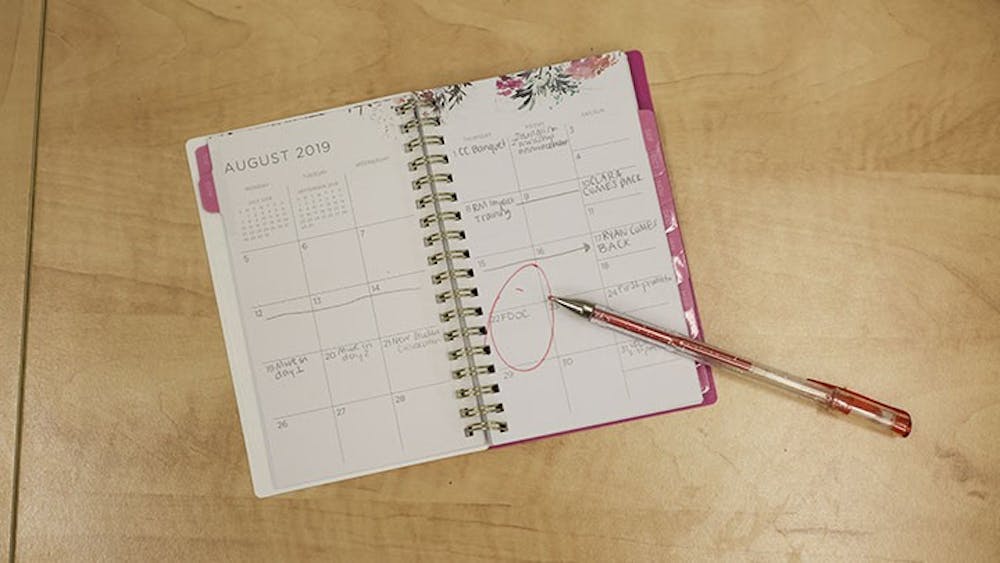 Opinion: You don't have to have your life together

A lot of people expect you to know where you're going, especially when you're entering college or a new phase in life. From around the age of 17, we are all supposed to know who we are, what we want to do and how we are going to do it. That is highly unrealistic.

Students are supposed to start preparing for college earlier and earlier now, some even as early as sixth grade. Don’t get me wrong, I love planning, but this seems like overkill. Not only that, but, as I doubt 11-year-olds are making decisions on their college applications, a lot of this relies on what their parents expect them to do, not on what the child wants to do.

Even when the student decides, however, everything is subject to change. Usually, when a 17-year-old picks a major it’s because some of its content is synonymous with things they enjoy, or — due to capitalistic dread that consumes us all — what will make them the most money. For some, they know exactly what they want to do and have found the major to do it with, but still, things could change, and that’s OK. Nearly a third of college students change their major in the first three years, and more and more people over the age of 50 are going back to school to fully change careers later on in life.

However, because we do live in a country where a white picket fence and a 9-5 monotonous job is the goal, not only are we supposed to figure out our career at a young age, we are also pressured to “settle down” and start a family. In recent years, though, a lot of this has changed.

Women especially, who previously were whisked into marriage way too early in life, “aren’t getting hitched at 20 anymore.” That being said however, there is still the expectation to, especially from our family members from older generations, but we should still not fall victim to societal pressures. Even if you are in a marriage, however, that does not mean you have your life together. Being in a relationship should not and does not define someone’s worth or fulfillment, even if that is what it feels like. You can be a mess with or without a significant other. But, to the outside eye, relationships act as a facade of success. All relationships have their own ups and downs, and even when you are in long-lasting partnership, things could end up differently than imagined.

Even your identity is able to change. People talk about high school and college years as if they are the only time you will be able to have some form of self-experimentation. Whether that is your sexual, gender or political identity, all of them are never set in stone. It may take years to be able to feel comfortable with yourself, your ideas and your own body, but you’ll get there, and you don’t have to do it now.

Overall, it is better to understand that you are unhappy in a situation, and change it. No one fully knows where their life is going or who they are going to be, but you can always try to make it better for yourself.