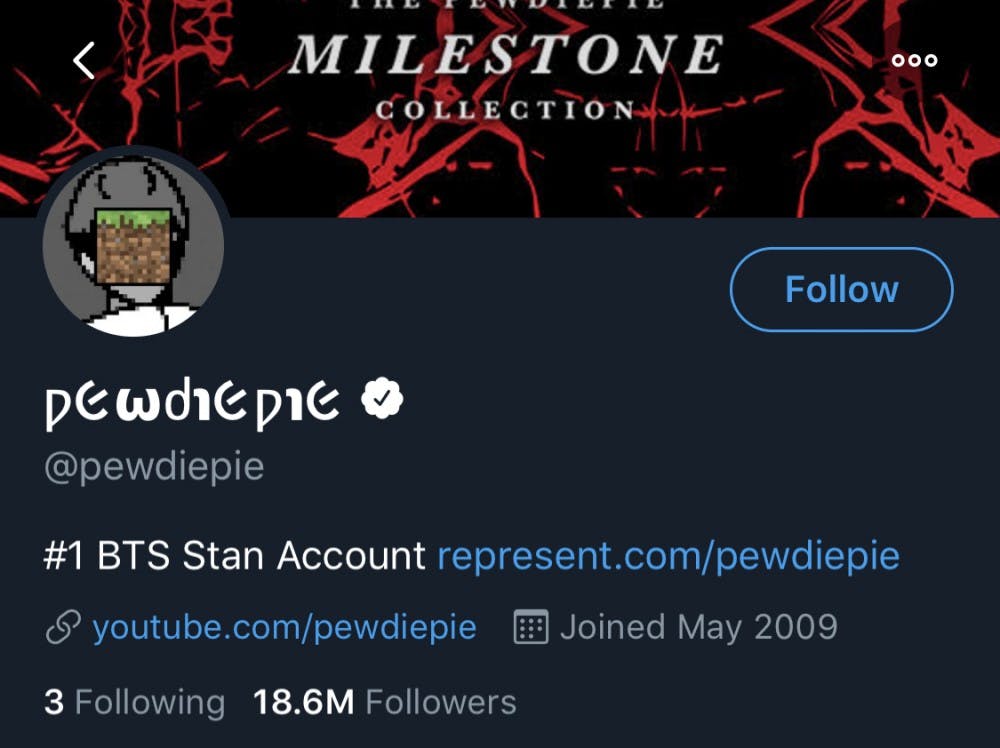 Every month there is a new celebrity who has been “cancelled.” Often it will be because of a minor incident that happened many years ago, and people will bring it up to prevent the celebrity from furthering in their career. Essentially, the intent is to destroy their future and their image.

Cancel culture has begun to make people look at normal human mistakes as unforgivable crimes, which is not healthy and prevents us as humans to learn and grow and become better people. It also has made us focus on topics that hold little importance in comparison to all of the other things currently happening around the world in relation to politics, natural disasters and more.

One celebrity who has been “cancelled” many times is Felix Kjellberg, also known as “PewDiePie” on YouTube. A few years ago, Felix posted “several offensive videos to YouTube” which caused many fans to be upset and he even lost his YouTube Red show, “Scare PewDiePie.”

Felix’s actions were wrong and deserved to be called out, but he has genuinely learned from his mistakes and deserves forgiveness. If someone chooses not to forgive him, that is also fine, but the idea of cancel culture is attempting to ruin someone’s life and get everyone on social media to go against them, which can be very damaging and fuels the narrative that no one can be forgiven for making a mistake.

Some other celebrities who have had to deal with cancel culture include Kevin Hart, Sarah Silverman, Dave Chappelle and more. Most have made it out fine, but it has left a stain on their images. Sarah Silverman talked about being cancelled, saying, “I’m not saying, ‘Don’t hold me accountable,’ I held myself accountable. I can’t erase that I did that, but I can only be changed forever and do what I can to make it right for the rest of my life.”

Cancel culture has also taken us away from more important things happening in the world currently, as I more often see stories about false accusations towards James Charles or Melanie Martinez than about the current political climate or even the recent disaster, Hurricane Dorian, that has destroyed the Bahamas.

It is important that we call out things people have said or done, which is what the term “call-out culture" basically means. We need to be held responsible for our actions but need to be allowed room to grow and learn from our mistakes and make it right. Breeding a culture where we make the forgivable unforgivable is damaging to our advancement as human beings.

When someone does or says something wrong, isn’t it our duty to teach them how to change their actions? Choosing to “cancel” them and attempt to ruin their lives will only keep us from learning and growing as human beings should. There is no one in this world who has not made a mistake they regret, and they are still here because others forgave them.