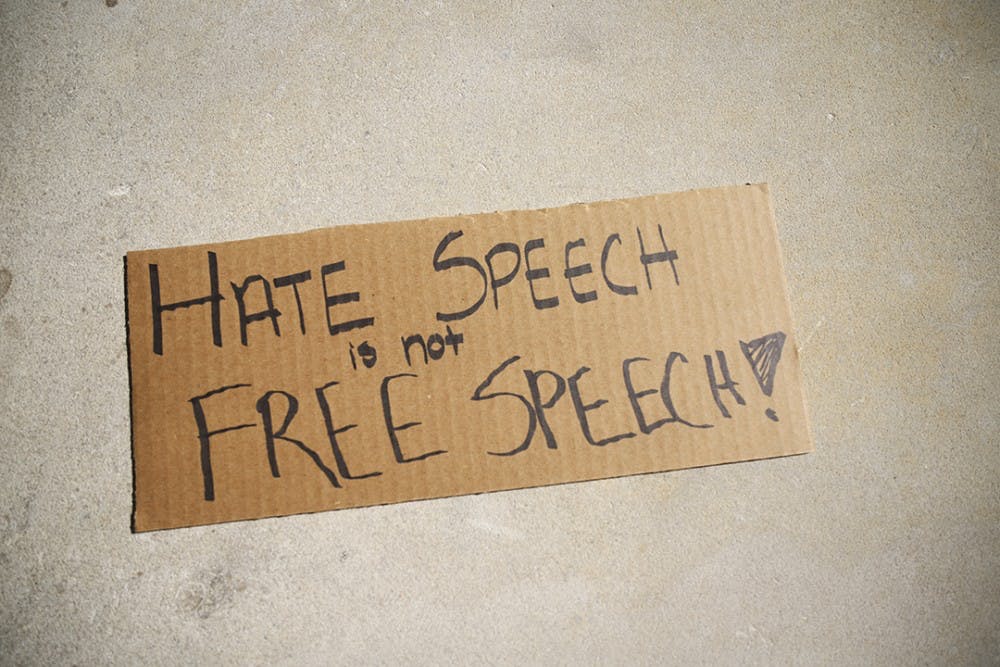 People love to hate USC’s rules about free speech, but the school promotes the free exchange of ideas while protecting students' ability to perform at school without being disturbed by hate speech, discrimination or offensive language.

There is a bill making its way through South Carolina’s state legislature known as the Campus Free Expression Act. It has been sitting in the Senate’s Committee on Education since March 2018 and has not been passed into law. The bill would, theoretically, ensure people can freely express themselves on campus anywhere out-of-doors and make public universities establish sanctions for those who try to abridge this free speech.

While that’s all fine and dandy, the fact is that this promotion of “tolerance” on campus to any and all speakers will result in intolerance and the suppression of free speech for others. If a student feels something, such as a lawful protest, has discouraged his or her right to speak freely, then he or she may file a complaint against the person or people involved.

Though the bill has not yet been passed, it could result in punishments for lawful protests or demonstrations against controversial speakers on campus. These punishments, by this piece of legislation, go up to and include expulsion from USC.

USC’s policy has been neutral on the issue of free speech and will allow controversial figures of any type to come to campus as long as they are invited by an individual or student organization. The university’s policy explicitly states it allows all speech except for that which is “sufficiently severe, pervasive, or persistent so as to interfere with or limit the ability of an individual or group to participate in or benefit from the programs, services, and activities provided by the University." That seems broad in allowing a variety of speech that might make people uncomfortable but does not hinder others' ability to be a student at USC and enjoy all of the events, activities, courses and other experiences that come with it.

The problem is that this legislation, in the pursuit of “promoting free speech on campus,” revokes the right of a protester’s free speech to the point of threatening expulsion. USC’s current policy allows for free speech in certain areas and allows for protests as long as they are lawfully executed. By requiring USC “provide and enforce a range of disciplinary sanctions for anyone within its jurisdiction who materially and substantially interferes with the free expression of others," the new bill would prohibit lawful protests.

This legislation, though not explicitly mentioned, might be tied to a recently concluded federal court case. The Campus Free Expression Act was introduced and sent to committee March 6, 2018, and Abbott v. Pastides was argued at the 4th U.S. Circuit Court of Appeals March 22, 2018.

In 2015, a group of students hosted a free speech event at USC with the university’s approval. Protesters voiced concerns about the symbols displayed, including a swastika, and notified the university of racist and sexist comments allegedly made at the event. USC did an investigation, per its policy, found there was no cause for any additional investigation and dropped the matter. The students who held the event then filed suit for violations of their First Amendment rights and the "chilling effect" of free speech on campus as a result of USC’s investigation into the comments made at the event.

The Court of Appeals decided the students' freedom of speech had not been "chilled" and dismissed their case. The students requested certiorari, or a review over the decision, from the Supreme Court, but it affirmed the Court of Appeals' decision in 2019 and the case closed.

Essentially, the courts did not find the allegedly abridged right to free speech to be an issue or a meaningful overstep of USC over people's rights to free speech. The free speech policy on campus was designed in 2009, followed United States Department of Justice (DOJ) guidelines and had the DOJ’s approval before implementation.

The attempts to change these policies, through legislative or judicial means, will do more harm to the university than good.

The Carolinian Creed says “I will respect the dignity of all persons" and "I will discourage bigotry, while striving to learn from differences in people, ideas and opinions.” USC’s policy, as it stands, allows people to spread their ideas on campus and allows others to protest or share opposing opinions at the same time. The only prohibited speech  — speech that is explicitly discriminatory and attacks an individual — isn’t tolerated in good society anyway. Advocating for speech that is explicitly discriminatory or attacks an individual is not advocating for free speech — it’s hate speech.