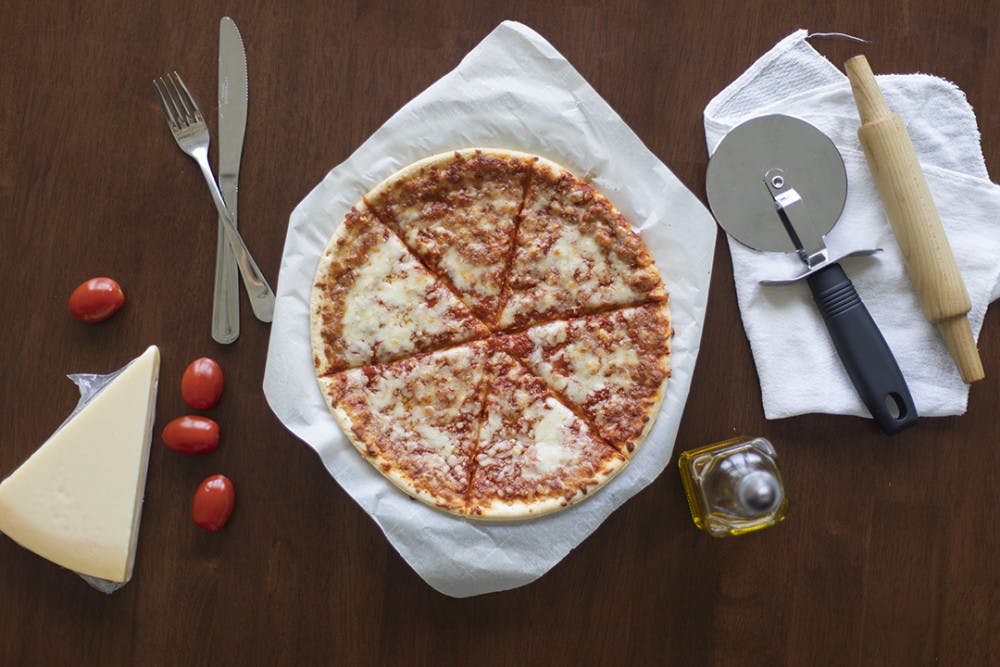 Opinion: Toppings do not belong on a pizza

As a self-proclaimed pizza purist, I must admit that the superior type of pizza is just dough, sauce and cheese. Anything else pushes it over the edge, and the pizza itself just becomes a plate for all the added toppings.

The amazing taste of cheese pizza is reminiscent of all stages of life. It has been used as the quintessential food for birthday parties, sleepovers, hangovers, game day and much more, for as long as I can remember.

Its use as a food to feed picky eaters, vegetarians and just the average pizza enthusiast makes it an incredibly versatile item when trying to feed large groups of people.

It’s a quick-to-make food that can be delivered straight to your door, what more can you ask for?

There are many different styles of pizza, such as New York, Chicago and Detroit. New York-style pizza is characterized by its thin, bubbly crust, large size and the fact that it’s usually baked in a wood or coal fire oven.

Chicago-style pizza is baked in a deep dish with buttery dough that reaches up the sides of the pan. Its crust is partially baked before cheese, sauce and other toppings are added. The cheese goes under the sauce so as to not burn in the long cook time required for deep dish pizza, giving it its unique look.

Detroit-style pizza is another deep-dish pizza but comes in a unique rectangular shape, as opposed to the traditional round pizza. It's usually baked in a deck oven and has a crust that is fluffy inside and crisp on the outside.

The longstanding debate between the different styles of pizza has now been dethroned by the more important debate: what goes on top of the pizza.

Many people are criticized for what they put on their pizza, some people even claiming to like pineapple on top. But pizza already has one fruit in the sauce, and that’s all it needs.

There are so many things that can go wrong once you go past cheese when ordering a pizza. Depending on the place you order from, the quality of toppings will vary greatly. Meats placed on pizzas at chain restaurants can be chewy, overcooked and off-tasting, while fruits and vegetables can be floppy or tough.

Cooking vegetables, fruit and meat at home is hard as is; a chain restaurant trying to make as much money as possible while spending as little as it can can lead to disaster. However, it is really hard for even a chain restaurant to get cheese pizza wrong as there are very few ingredients to mess up on the way to your dinner table.

Cheese pizza is almost always the cheapest pizza available on pizza menus, each subsequent topping usually adding to the cost. So, if you want the most bang for your buck and the purest pizza taste, plain cheese pizza is the way to go.