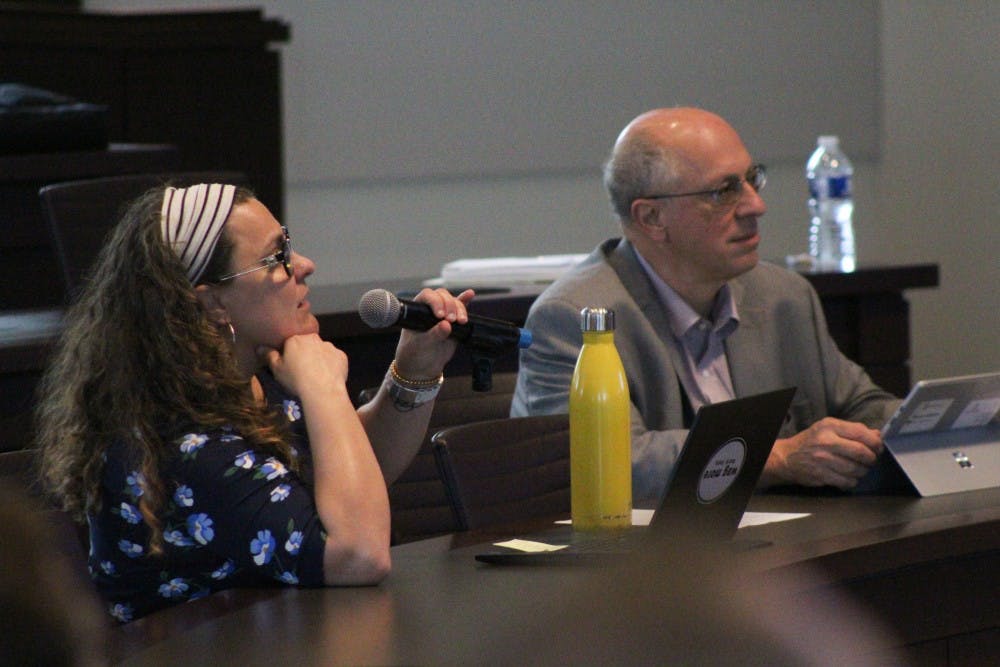 Faculty Senate resolution calls for board of trustees representation

The Faculty Senate passed a resolution calling for legislative action against the board of trustees in a a Wednesday afternoon meeting.

The resolution, drafted by Carol Harrison of the history department, recommends legislation that would guarantee better representation on the board, establish term limits for board members and create voting memberships on the board for faculty and students.

The resolution also includes the requirement that board members complete the Southern Association of Colleges and Schools (SACS) New Trustees Orientation to better equip them for the position. SACS is the body that gives the university its accreditation.

“I think we have passed a very good resolution that makes it clear that the board of trustees needs to be reformed,” Harrison said.

The resolution mirrored legislation proposed in the South Carolina state Senate last July following the board’s original presidential vote. Senate Bill 798 would remove all standing members of the board, reduce the board’s size and reform how members are chosen.

Although not legally binding, the resolution represents the latest step in what has been a battle between faculty and the board over Bob Caslen’s candidacy as president of the University of South Carolina. At this Faculty Senate meeting, several senators described the Caslen vote as a “coup” orchestrated by the governor and board members.

Another factor generating discontent among faculty is the recent inquiry by SACS. The accrediting organization is currently looking into the ways Gov. Henry McMaster may have influenced the board in its vote and has stayed in correspondence with the president's office.

Last July, the Faculty Senate passed a resolution condemning Caslen’s candidacy and a vote of no confidence against him after it seemed that Gov. McMaster was exerting undue influence in the process. Several faculty members protested the day of the Caslen vote.

The Faculty Senate meeting came after a Freedom of Information Act request revealed text messages and emails from board members that indicated political influence in their decision to vote for Caslen. The president himself generated controversy in a message that complained of the assassination of his character and the complicit nature of a press “on board with these radical, extremist ideas.”

The next Faculty Senate meeting, scheduled for Oct. 2, is slated to start with a resolution rebuking the board of trustees and could see the calling of a general faculty meeting with Caslen presiding.