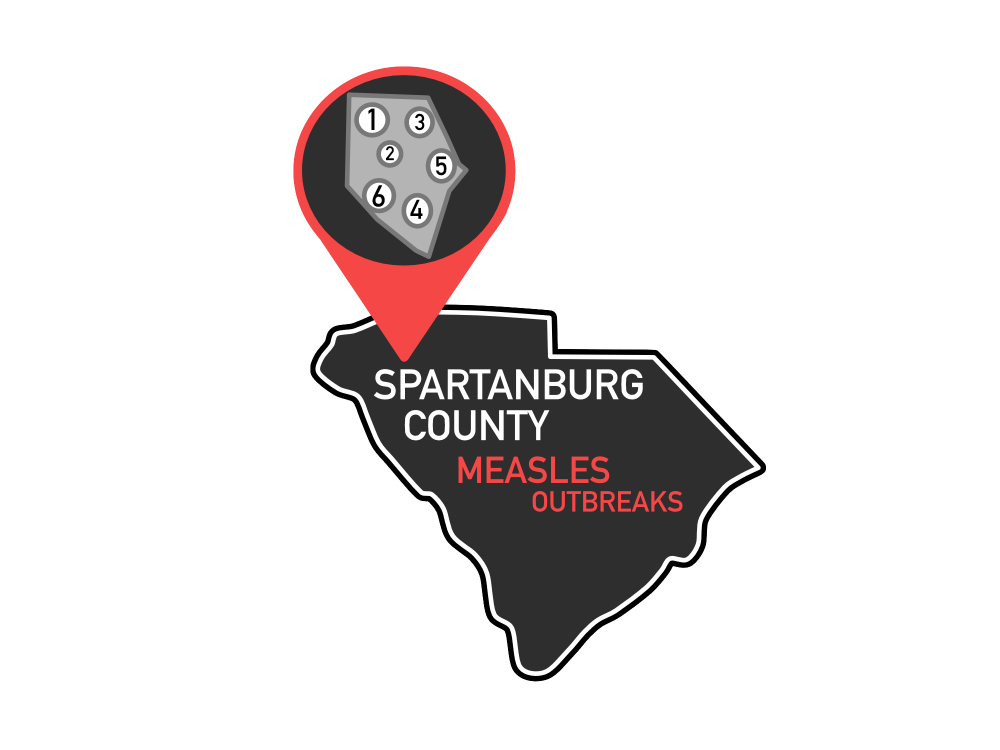 USC prepares for potential measles outbreak amid measles reemergence in US

Within the past year, measles made a comeback in the United States, most notably in New York, California and Washington, but there were six measles cases last year in the upstate region of South Carolina and more in the state's surrounding areas.

Measles is a viral illness which causes high fever, eye redness, cough and a runny nose, according to Judy Chontos-Komorowski, the assistant medical director at Student Health Services. These symptoms appear a week or two after being exposed to the virus, with rashes and red spots appearing on the skin three to five days after the initial symptoms.

"The measles virus can remain active in the air for at least two hours after an infected patient has left the area," Chontos-Komorowski said. "For this reason, vaccination is the best defense against the disease."

Deborah Beck, the executive director of Student Health Services and Healthy Carolina, said USC and the Department of Health and Environmental Control (DHEC) met months ago and devised a plan which authorized them to come to campus and guide USC through steps to contain the virus and stop its spreading. She said the university is prepared for a measles outbreak and students, faculty and staff should not worry about it.

A measles outbreak would be considered a public health emergency, which grants DHEC lawful authority to minimize transmission and isolate those diagnosed with or suspected to have measles.

"I would say to faculty, staff (and) the students: know your status, know whether or not you're immune and come by let us draw blood titers to see," Beck said. "If you have not, get the vaccine."

Beck said the university has been trying to immunize the majority of students and staff to reduce the possibility of an outbreak. She said a herd immunity community, or having a large portion of the population vaccinated, makes it difficult for diseases to spread because the pathogens have to find unvaccinated and susceptible persons to infect.

"The best thing you can do is to get immunized,," Beck said. "That's what we've been doing, we've been having extra immunizations for our faculty and staff."

Michael Kacka, a medical consultant with DHEC, said the measles virus is one of the most infectious viruses known with a 90% infection rate. College campuses with thousands of people walking around can be a disaster for spreading diseases.

"So in a pretty small enclosed area room, it's going to make its way around the entire room pretty much, and it can actually stay there for about two hours after the person leaves," Kacka said.

Kacka said DHEC has heard from schools across the state with similar plans to address a potential measles outbreak if it comes to South Carolina.

Although Kacka said general hygiene, like covering your cough and washing your hands often,  are always good ideas, preventing measles is more difficult.

"Really the best thing to protect yourself is to get the vaccine," Kacka said.