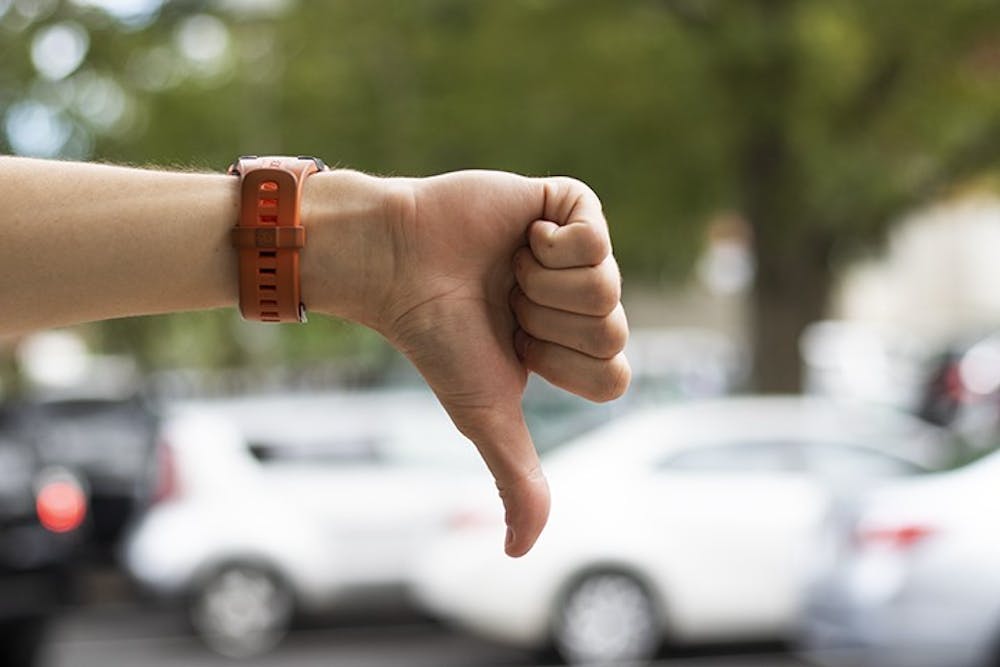 Opinion: Allow yourself to say no

As a fellow people-pleaser, saying “no” to family, friends or even complete strangers has always been a struggle for me.

I simply didn’t know how to say no to people; in turn, I said yes, making me more stressed and unhappy than I would have been if I had stood my ground in the first place.

The problem was I either felt too guilty to say no, or I didn’t know how to respond gracefully in the moment because I was put on the spot. Subsequently, I would panic and end up agreeing to something I didn’t want to do.

I still feel like this from time to time. The feeling I might be disappointing someone never truly goes away.

However, one of the most important things I’ve learned since coming to college is that I don’t have to feel bad about saying no to people.

It doesn’t matter if it’s in regard to plans or favors; you should do what feels right to you and you only. Doing what makes you happy should always trump the blame you put on yourself for saying no.

More often than not, being upfront with people will save you from messier situations down the line. I can’t tell you how many times I said yes to someone just to cancel plans later, which just made me look unreliable and flaky.

A major reason people-pleasers have a hard time saying no is due to having a consistent need for others’ opinions to validate their self-worth.

It’s alright to want to make the people in your life happy, but you shouldn’t do it at the cost of your own mental health. Constantly living in a state of agreeability will only make you resentful, anxious and miserable. The people in your life that actually matter will understand and never hold it against you or make you feel less due to your personal decisions.

If you don’t put your foot down occasionally, it could lead people to take advantage of you. Continually agreeing to do or take part in anything will let people think they can use you for their own benefit, and they will come to expect it. Being assertive and choosing to do things you actually want to pursue will set boundaries for yourself and others.

Now, I’m not arguing to stop helping people out or to quit attending hangouts, parties and study groups. If you say no to everything because you rather lay in bed all day and watch Netflix, you might miss out on great opportunities and experiences.

I’m advocating that taking time for yourself every now and then is perfectly okay. No one should feel responsible for someone else’s happiness. You don’t owe anyone anything.

At Forbes, Megan Bruneau advised people who battle with saying no to say, “Let me think about it” as an alternative. This way, you can save yourself time to decide what you want to do about the offer, and you won’t have to be pressured into agreeing on the spot.

No one wants to let others down, but being assertive and confident about your choices will not only reflect positively on you, it will also guarantee that you never have to feel ashamed for putting yourself first again.