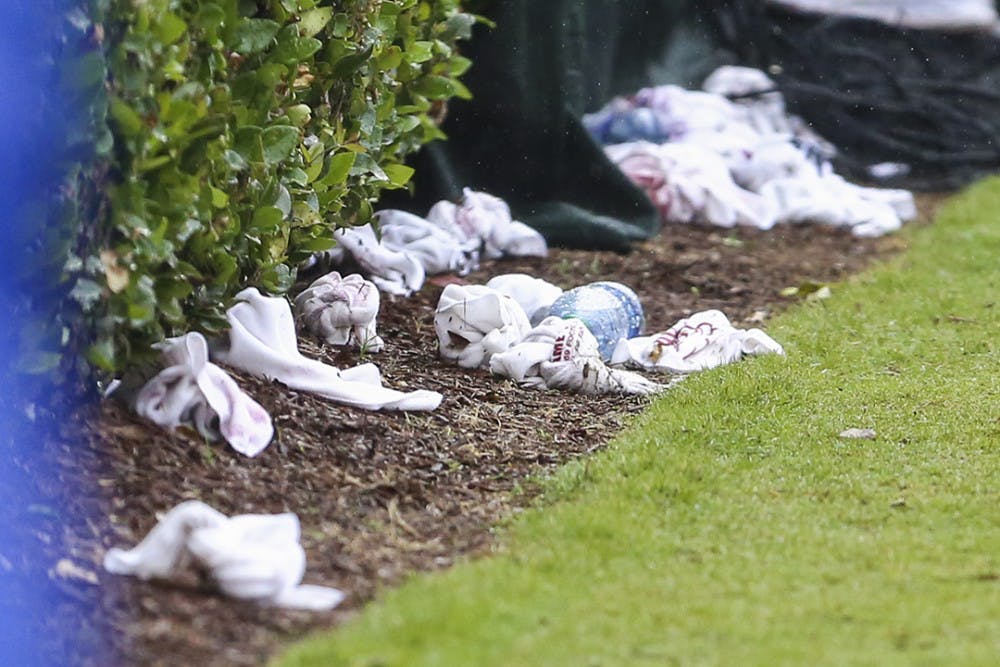 Throughout history, there have been many controversial referee calls, or lack thereof. Some seem to be unnecessary, wrong or obviously falsified. Some fans know this better than others, including Cowboys fans with the controversial no-catch call against Dez Bryant of Dallas in 2015, St. Louis fans when Jorge Orta was called safe in game six of the 1985 World Series and even the American Olympic fans when officials gave the Soviet hockey team time on the clock twice, giving them extra time to score a game-winning basket in the final seconds in 1972.

On Saturday, the Gamecocks played against the No. 9 Florida Gators in a tough noon game. South Carolina started the game challenging the Florida defense, making for a close game until the fourth quarter.

After a momentum-changing moment for South Carolina, Florida put its offense on the field and tried to move the ball, which they successfully did.

As the Florida receiver ran down the sideline, a South Carolina defender began to close in on the tackle. Then, another receiver for the Gators ran up and held the back of Gamecock safety R.J. Roderick.

The lack of a flag on the play was absolutely astounding, as the hold continued for 10 to 20 yards. As the replay was shown on the Jumbotron, fans were astounded at the lack of a call on the obvious infraction.

Earlier in the game in the third quarter, the officials missed a clear false start on the Florida offense.

With South Carolina leading at the time, the Gators were desperate to score on a 75-yard tying touchdown that should have never counted, where Gators tackle Jean Delance stood up before the snap even occurred. The lack of a call on the line was embarrassing for the entire referee crew.

With little time for the Gamecocks to pull off a comeback against Florida, South Carolina made a clutch interception in the end zone.

The result of the turnover was reversed due to a hold on the South Carolina defense. On the previous play, a Florida receiver pushed off of a South Carolina defender on a fake hook route and gained not only a first down, but a penalty on said defender.

The late game calls were atrocious, as the officials arguably changed the outcome of the game for South Carolina. At one point, students sitting in the lower student section threw towels and bottles onto the field from frustration due to calls late in the game.

Head coach Will Muschamp isn’t allowed a lot of room to criticize officials due to the fact the SEC would issue fines. However, Muschamp got a little aggressive in his postgame comments, saying the referees were "gutless" when asked about an unsportsmanlike conduct penalty.

"The guy ran 40 yards away and dropped the flag," Muschamp said in a postgame press conference. "I have no idea. I'd rather him drop it on my feet."