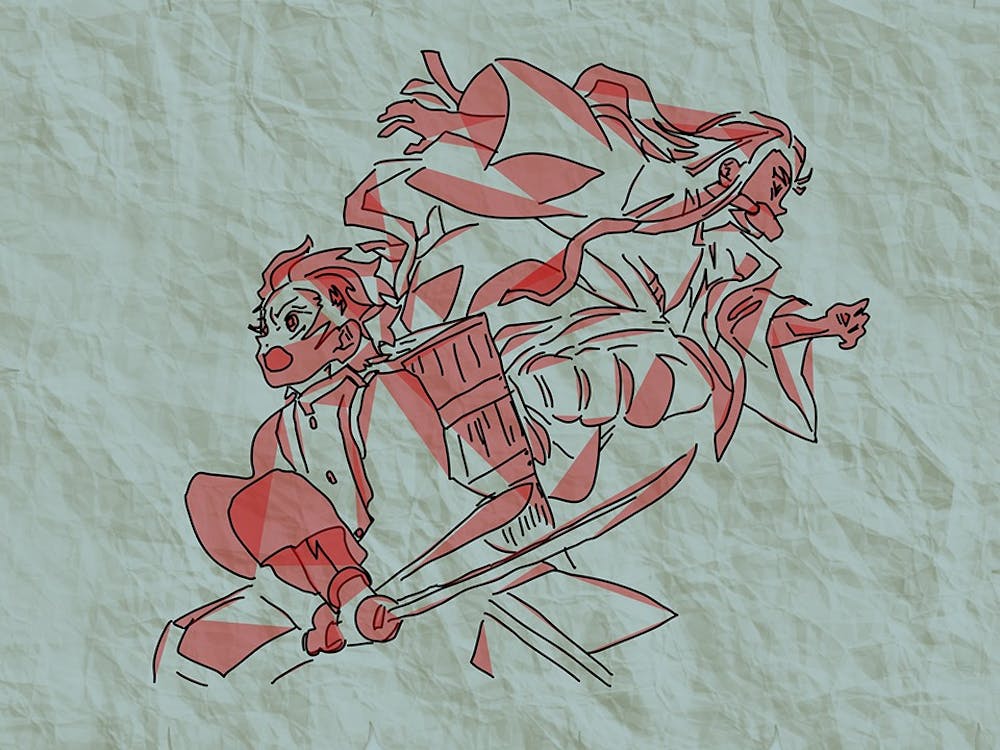 The stories of shonen (young male) manga and anime are often characterized by sprawling adventures, intense action sequences and memorable protagonists. Various personalities comprise the protagonists, who embody a slew of classic tropes, be it a sense of pride, unwavering determination or a bundle of spiky hair. This is no surprise — for decades since the release of "Dragon Ball," its international success created the standard for the shonen genre.

Most expected "Demon Slayer" to faithfully deliver upon these promises when it premiered in April, and it largely does. Everything one could expect from an adaptation of a weekly shonen jump manga is present, sometimes for the worse.

However, there's a softer side to this story about slaying demons. The work's emotional backbone, packed into a gorgeous production that fosters beautiful displays of action and expression, distinguishes it from the rest of the crowd.

The narrative reflects emotion through tragedy. The oldest of seven siblings, Tanjirou, supports his family by selling coal to the villages outside the forest. Upon returning from one of these expeditions, he finds all of his family slaughtered, except for his younger sister, Nezuko, who has transformed into a demon. After a near-deadly encounter with a demon hunter, Tanjirou resolves to become a demon slayer and find a way to turn Nezuko back into a human.

A simple premise, the psychological tragedy of the situation easily resonates with the viewer. Despite the fact his sister became a demon, Tanjirou demonstrates an admirable resilience, unwilling to allow his last relative to fall victim to death. As he endures major tribulations through the series, from a two-year training period to nail-biting battles with formidable demons, the show consistently heightens emotional tensions.

One defining characteristic of Tanjirou is his ability to sympathize with humans and demons alike, the latter featuring tragic backstories of their own. It raises interesting questions about the morality of demon hunting and the motivations driving demons to survive.

The greatest demonstrations of these emotional and ethical themes arise from the action. Animation studio Ufotable crafted multiple truly unparalleled fight scenes, blending digital effects with hand-drawn animation for battles, which are simply artful. Episode 19, in particular, was breathtaking with its perfect storm of narrative weight, fierce action and phenomenal music, cementing it as one of the greatest moments in the series.

Outside of the action, the production still reaches interesting heights with artwork that does justice to the character designs from the source material. The colors are extremely vibrant, and it is nearly impossible to forget the looks of most characters.

Unfortunately, major writing struggles undermine the relevance of supporting characters and villains. Several characters are defined by single personality traits that hollow as the series progresses. Tanjirou's main companions, Zenitsu and Inosuke, are irrationally fearful and unabashedly enraged, respectively, which often causes humorous scenes. Unless these characters appeal to you for their other qualities, their presence might be viewed as an obstacle to the overall story.

The demons Tanjirou faces have more developed backstories, but the revelations of their past follow a repetitive pattern, as development is always done after a fight concludes. In effect, this writing structure often leaves these backstories feeling like an exposition dump. The series would benefit from building up intrigue about future villains before and during a battle instead of waiting until the end. This is not to claim any of these characters are boring, per se, but rather there is a basin of untapped potential that could elevate them from decent to great.

"Demon Slayer" does little to defy narrative expectations but surges through the crowd with exceptional production. The faults present in the writing are eclipsed with serious highlights that are nothing short of fantastic. Even after 26 episodes, there is still more content to cover, and a movie covering the next story arc will be released in 2020 to satisfy that interest. Overall, "Demon Slayer" is a solid recommendation for those seeking a series with emotional resonance and impeccable action.