Faculty senate passes no confidence vote in board of trustees 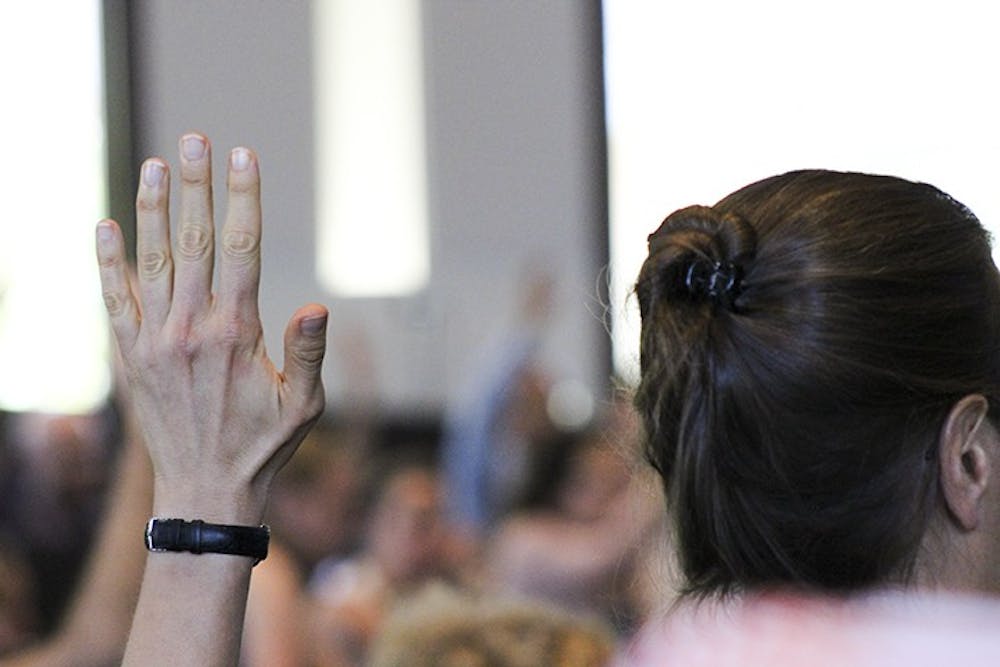 The USC faculty senate passed a vote of no confidence in the board of trustees Wednesday afternoon.

The resolution is one of the most comprehensive moves by the senate against the board since the conclusion of the university’s presidential search over the summer. It says the conduct of the board before the crucial vote that made Bob Caslen president of USC violated the Southern Association of Colleges and Schools Commission on Colleges (SACS) guidelines, university and state policy and the Carolinian Creed.

The resolution, referred to as “unfinished business” by senate chair Mark Cooper, was entered by professor Marco Valtorta and written with other senators.

“I am somewhat expendable, and so I am standing in front of you with this presentation,” Valtorta said after entering the resolution.

The vote comes two weeks after the faculty senate passed a resolution advocating for state legislation to change the board.

The document includes an appendix of the violations, including screenshots of text messages and emails of board members that point to undue influence from Gov. Henry McMaster. Many of the private messages came to public attention after they were turned over to the university’s accrediting body, SACS, after it launched an inquiry over the summer. The documents were made public following Freedom of Information Act requests by reporters from The Post and Courier and The State.

Some of the messages included a list of board members the governor communicated with to gather support for Caslen before the vote and other communications between board members and Gov. McMaster.

“If you look through the appendix, there are summaries of some very egregious actions taken by the part of some members of the board of trustees,” said professor Kirk Randazzo, who helped craft the resolution.

The messages also revealed that some board members met illegally to discuss the Caslen’s candidacy before the vote. According to South Carolina’s open-records laws, any meeting of more than three members of the board requires the taking of minutes and a public notice a week in advance. This violation of law could open the university up to a lawsuit.

The document is only the latest escalation in a growing conflict between the faculty senate and the board regarding the presidential search process.

Although the vote of no confidence has no legal power, it is a gesture of displeasure from the senate.

"A vote of no confidence from the senate is often derided as a symbolic gesture," English professor Eric Doxtader said. "That's a terrible thing to say, because symbols matter."

This story was updated on Oct. 7 at 11:39 a.m. to clarify a quote from professor Eric Doxtader.