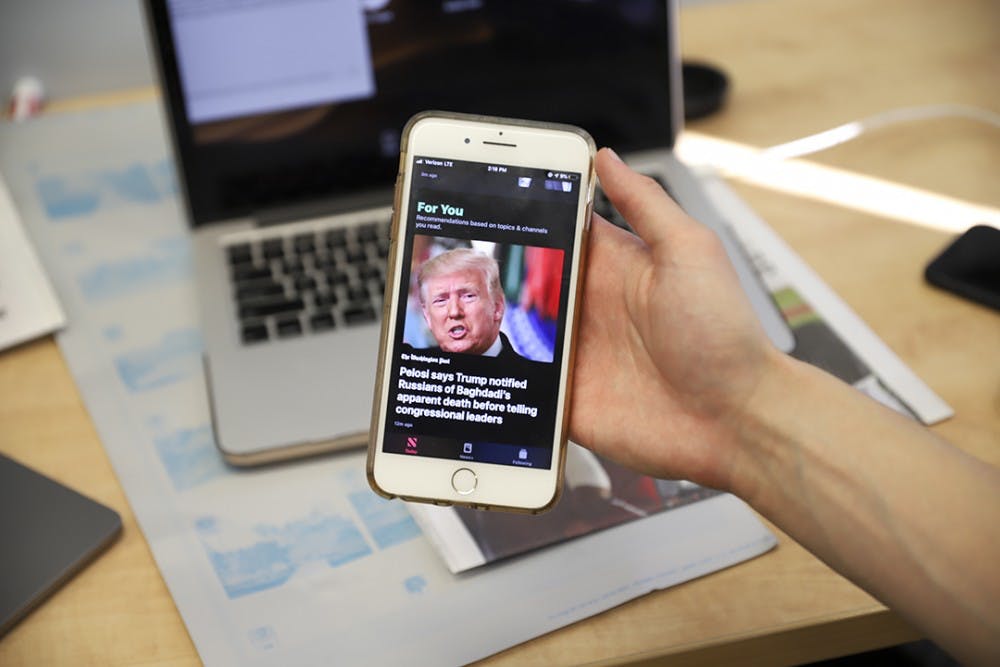 Consider the frequency with which the following occurs: you’re scrolling through the Apple news app, desperately wishing to be presented honest information about important happenings, and you are met instead with innumerable prideful and brazen headlines that you’re certain are only meant to rouse your emotions.

This is a struggle myself and many others face daily. It is wishful thinking — unreasonable even — to expect all news will read free of any opinion, or that it will provide only facts and statistics, not framing them in any specific context or drawing conclusions based upon them. To expect that of news is to be willfully ignorant of the realities of media and its presentation of information to the public.

It is not unreasonable, however, to expect to find opinion in the opinion section, or news in the news section, of a given media outlet.

Editorially biased writing is infiltrating the news so profoundly that the news can no longer perform its function as an accurate source of information. I often find articles presented as news that, upon closer inspection, are boiling over with personal sentiment and assertions.

I’m reminded of an article that appeared a few days ago front and center on the first screen of my Apple news app — mixed in rather slyly with a few pieces concerning real news — titled "The remarkably casual sexism of Donald Trump" and sourced from CNN politics. The article was specifically listed the analysis section (note: not opinion, for which there is another section entirely). Its author, CNN editor Chris Cillizza, asserts Donald Trump is sexist by citing examples of his speech as evidence.

In Cillizza’s analysis it becomes glaringly apparent he wishes for readers to feel a certain way regarding his personal opinion, and to accomplish this, he employs a slew of charged language that is not at all characteristic of proper news or analysis.

His article contains quotes such as: “But it is not a secret to anyone with a functioning brain that Donald Trump's past statements on women are not exactly, uh, woke,” and “Trump still lives in a "Mad Men" world where men take care of business over dinner while women work as secretaries or wives. Where women are best seen and not heard.”

If you cannot help but consider this language highly opinionated and manipulative to suggestible readers, trust your instincts — you are among the many who recognize this writing should not be present in a news article.

Before you say the article, technically speaking, is not news but analysis, consider that it appeared under Cillizza’s brand of reporting, “The Point with Chris Cillizza.” On its web page, the brand unabashedly refers to itself using the following: “CNN's Chris Cillizza cuts through the political spin and tells you what you need to know.”

Needless to say, Cillizza has utterly failed to present information in a manner that is not politicized, betraying the very creed his brand operates under. This case is not isolated either — simply comb through The Point’s many reports and videos and you will find innumerable examples of this exact phenomenon.

I want to make clear that there is nothing wrong with maintaining an opinion, including that Donald Trump is a casual sexist — in fact, I probably agree with it. It is, however, reprehensible to present that opinion as non-politicized truth to readers at large. I would venture to say doing so is obstructive to the common person’s pursuit of truth, and obstructive also to our society’s understanding of important happenings.

Cillizza and the great number of reporters guilty of this should be held accountable for the threat they pose to the process of journalism and the public’s view of the media. As journalists, they share the responsibility of maintaining and upholding the standards of honest press in our country, and those principles deserve better than degradation and disregard.