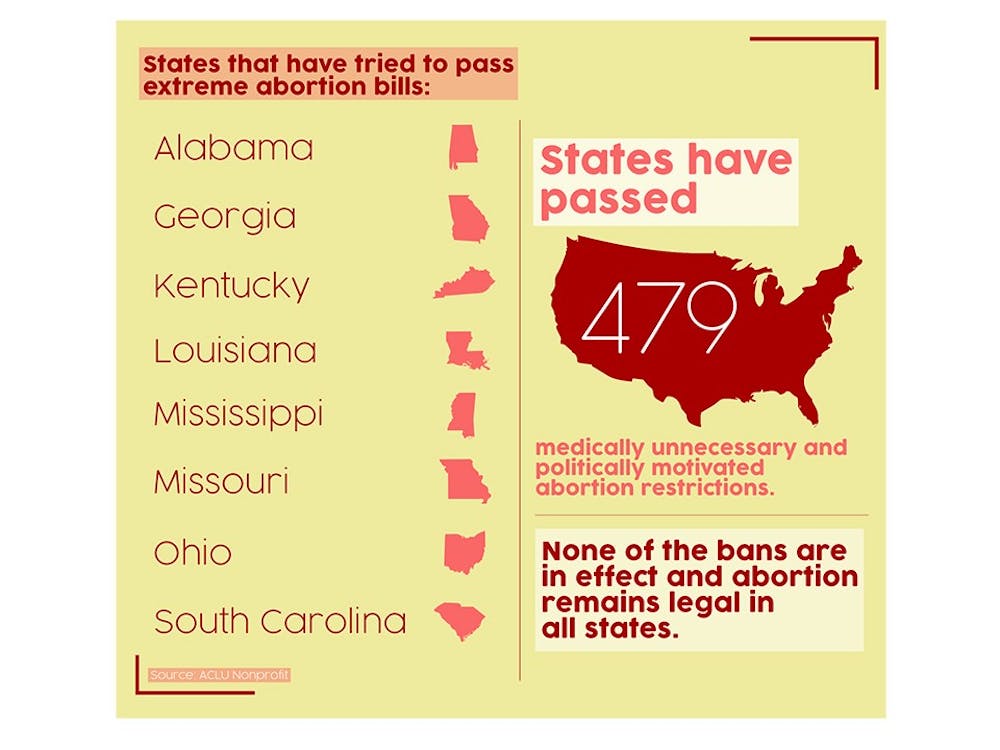 This week, the South Carolina Senate Medical Affairs Subcommittee removed exceptions for rape and incest from the infamous “heartbeat bill,” which has already passed through the South Carolina House and, if passed by the Senate, will be signed into law by Gov. Henry McMaster who promised to sign it if it comes across his desk.

This should anger you.

No matter what genitals you have, no matter what your political standpoint is, the abortion bans and restrictions being passed across many states in the country right now should anger you. They are a direct violation of individual liberties and they strip women across the United States of bodily autonomy.

Organizations such as the American Civil Liberties Union (ACLU) have been working tirelessly to stop the bans in states across the country. In response to the news from the South Carolina Senate this week, the ACLU tweeted: “This is an unconstitutional abortion ban, period. South Carolina legislators should take a look at the six states whose bans have been blocked this year.” ACLU has currently blocked six out of seven proposed or passed abortion bans in other states and are working on blocking the ban in Alabama.

But here’s the thing: The ACLU shouldn’t have to be fighting state governments to stop abortions.

Roe v. Wade explicitly prohibits state involvement in a woman’s right to have an abortion during at least the first trimester of pregnancy. South Carolina’s “heartbeat bill" directly violates the Constitution by banning abortion after the heartbeat is audible, which can be as early as six weeks.

I could give you a whole presentation about the arguments for why abortion should be protected — and why a woman’s right to choose shouldn’t be determined by a group of old white men in the South Carolina Senate — but you’ve heard all of the arguments and you’ve seen the disagreements in Facebook comments.

If you’re pro-life and thrilled about the bans that have been taking place, I, most likely, won’t change your mind. However, I implore you to put yourself into the shoes of so many women who will be affected by this proposed bill.

As a middle-class white woman on a college campus, I recognize I have a great deal of privilege. If the situation ever arose where I chose to have an abortion, I would have the opportunity to do so. I would be able to afford it, I would be able to travel to a clinic and I have people in my life who would help me and support me through that. But I have to put myself into the shoes of other women.

The young girls who are raped — by family members, friends or strangers — and end up pregnant. The college student who doesn’t have the money to afford tuition and an abortion, but wants to finish her degree. The middle-aged woman who has been trying desperately for a child only to learn that her pregnancy isn’t viable and is now faced with a tough decision of terminating a pregnancy.