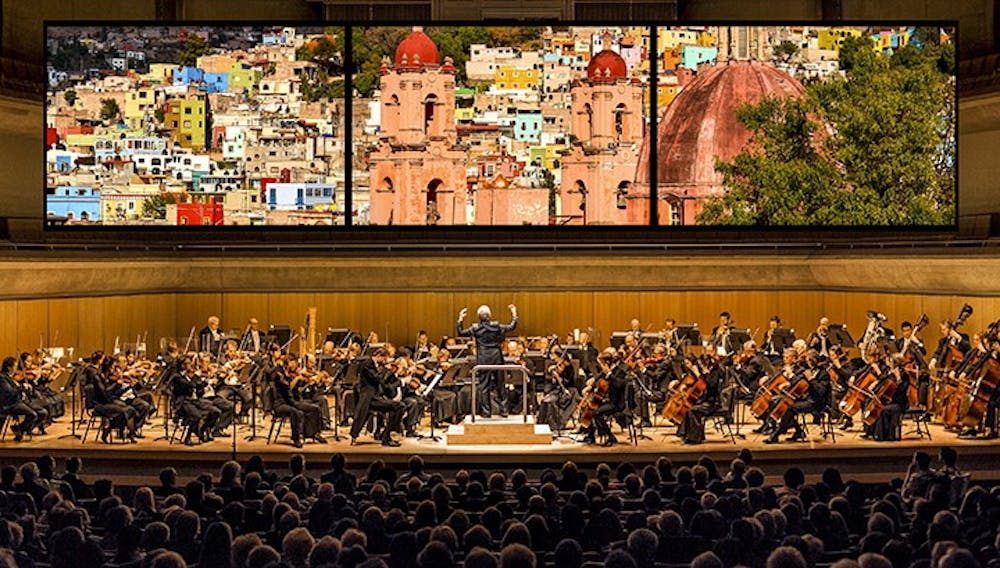 The Koger Center for the Arts will host a musical production that will blend the performance of classical Latin American music with a display of vibrant photographs of Mexico this Saturday.

“Visiones y Música” is a collaboration between the South Carolina Philharmonic Orchestra, which will perform the music, and Westwater Arts, which will provide and curate the “visual presentations.”

The program is held in honor of Hispanic Heritage Month and will feature the music of five composers: Arturo Márquez, Aaron Copland, Astor Piazzolla, Silvestre Revueltas and José Pablo Moncayo. Each composer originates from Mexico, Central America or South America, with the exception of Copland, who was an American composer.

The Philharmonic's marketing and communications director, Kristin Morris, was quick to dispel the stereotype that classical music is solely a Western-European or Russian genre.

“Every continent, every country has, you know, their classical music,” Morris said.

The orchestra's music director, Morihiko Nakahara, will conduct the South Carolina Philharmonic. Keeping in mind the majority of the audience does not consist of classical music connoisseurs, Nakahara offers a pre-concert talk to give a historical context to the program and explain the inspiration behind the production. Morris called the talk an “insider’s guide."

“It adds so much more to an experience, I think, if you’re able to attend that," Morris said. "He tells you what to listen for."

Nakahara was also the brains behind the idea to work with Westwater Arts, the creative company providing visual displays for “Visiones y Música." These displays will consist of eye-catching photographs of Mexico and Central America projected above the orchestra, adding a new dimension to the performance, giving the audience the sounds and sights of Latin America.

There will be an artist behind-the-scenes changing the images to the music as he or she sees fit, adding a thoughtfulness to the entire visual aspect of the show, Morris said.

Through its program “Music for a Cause,” the Philharmonic partners with a new nonprofit organization for each concert. For “Visiones y Música,” the Latino Communications CDC, or Community Development Corporation, will serve as the partner.

“They provide connections for Spanish-speaking families in the entire state of South Carolina to human resources,” Morris said.

The Koger Center offers $5 tickets to students who purchase a ticket at the box office the night of the show in order to give everyone the opportunity to hear a live orchestra.

“Once you’re in the doors, it’s such a fantastic experience,” she said.

Tickets for the program are available online, over the phone and at the box office. The show begins at 7:30 p.m.