Clemson, what are you doing? 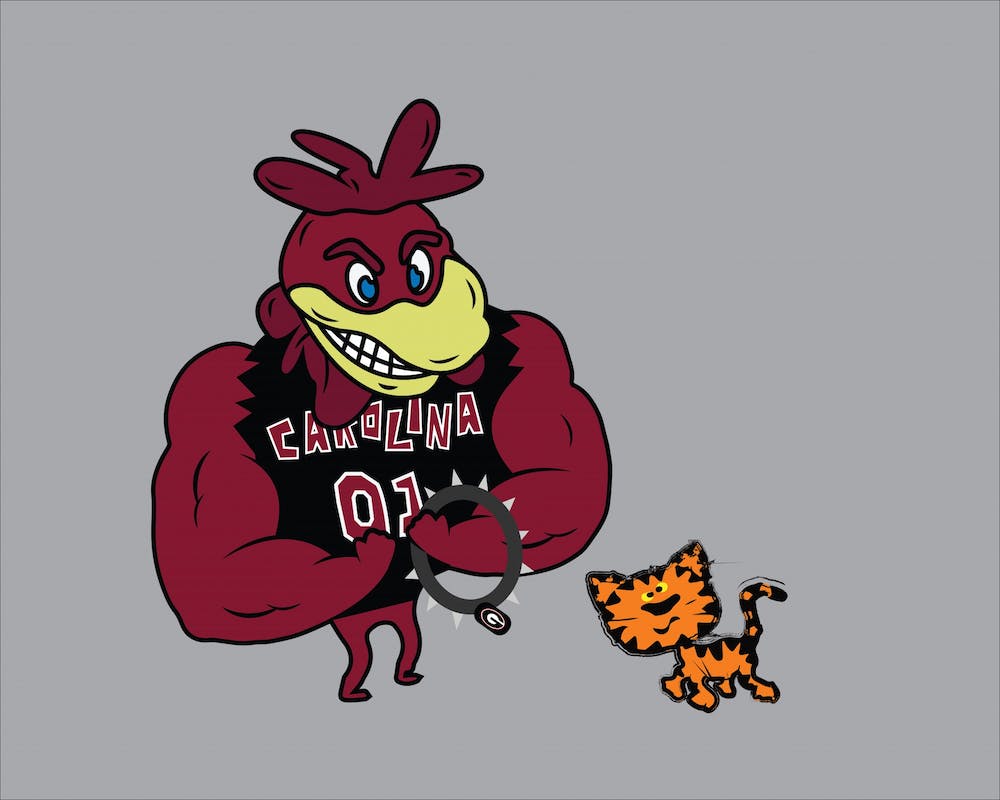 On behalf of the rest of South Carolina, what are you doing?

Okay, okay, maybe this is just the arts major in me, but orange and purple? I could talk about color theory if you want, but it doesn’t take a B.F.A. to tell you you look like confused parakeets. You could’ve stolen anyone’s colors, but you chose Auburn’s. Orange and blue is just as bad, but now it’s like you copied your friend’s work with your eyes closed.

Stealing from one team is questionable, but two? You didn’t even try to hide it. You had to go with the tigers, just like LSU and Auburn. Your mascot doesn’t even have a name! “The tiger?” And you chose a paw as your logo? I’ve seen better graphics from a high school design class.

While we’re on the topic of your designers, we’ve seen some of your recent work. A few weeks ago you published a photo of your football team in anticipation of your then-upcoming game against UNC. Who approved that? It only takes one Google search to find a picture of rams. You couldn’t even manage that! Instead, you photoshopped horns onto a poor herd of sheep. You’re telling me, not only did a designer take the time to create that, but someone approved it AND published it?

Next time you’re thinking of designing something, please, come to us first. I know we’re rivals and all, but we can only stand to see you embarrass yourself so much before stepping in.

Listen, guys, you brag about being undefeated, but those teams barely even grazed the top 25. Why don’t you play a real team like — I don’t know — Georgia? Or is Trevor Lawrence too scared to mess up his man bun and play with the big boys?

By the way, we’ve seen your Barstool, and we’re, well, concerned. You see, Barstool Sports typically includes… a bar. I’m glad you’re having fun getting drunk in a cotton field, but that’s not what we mean when we say we’re drinking at The Cotton Gin.

And that’s not the only thing we’re worried about. Are y’all OK up there? I know the town shuts down when students leave, but don’t you have a doctor… somewhere? I mean, the mumps vaccine was introduced in 1967. We get it, you’re still a few decades behind the modern world up there, but we figured you had at least heard of vaccines when you got your first cable TVs.

You called Williams-Brice an “Upside-Down Cockroach.” I’m glad you brought that up! You see, for a school of architecture, we would’ve expected you to actually plan out your stadium. Did you just forget to put in a fourth wall? At this point, we feel bad for your students. I’m sure they’re used to being in the great outdoors, but we figured one of those architects could have at least managed to understand basic foundations.

Maybe we’re mistaken. Maybe you left that space for something important, like your pet rock. What’s up with that? I mean, I know you need all the luck you can get! UNC almost got you when you didn’t have your boy Howard to help you out. You couldn’t pick original colors. You couldn’t pick an original mascot. Bravo! The one original thing about your football team is a rock and a lack of actual seating.

But, we digress. Y’all are really doing well, and maybe we will end up playing a pretty darn entertaining game this Saturday. At the end of the day, we both know what really matters: tailgates, sportsmanship and, of course, beating ‘Bama.

In the end though, get your filthy paws out of our stadium.