Opinion: Don't listen to music for its popularity 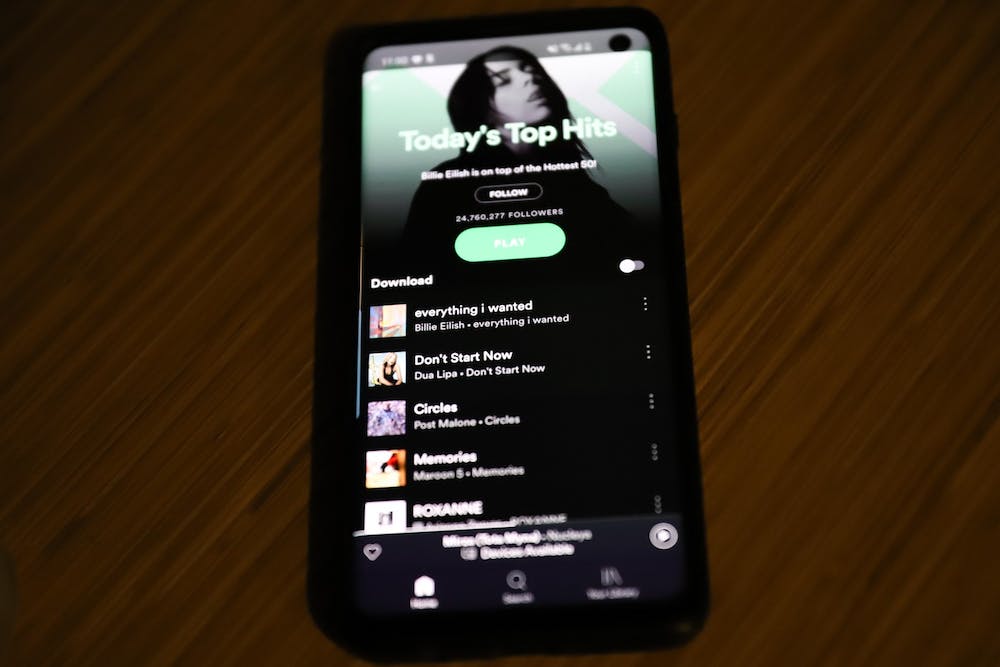 Everyone has at least one friend who only plays popular music. Their playlists consist of songs found on the radio, their Pandora searches and the Billboard Hot 100. This isn’t to say that these people’s music choices are particularly bad, it just means that they don’t choose to think about the music they are playing.

These music choices lack the originality, integrity and intention of music artists everywhere. Music, like every other form of art, shouldn’t be fed through electronic algorithms; it should be consumed by choice.

It is ironic technology has given us such an ability to consume media with more choice than ever before. This ability is growing and doesn’t just apply to the variety of options in music, but also TV, movies and other forms of media. Why you wouldn’t you use this ability of choice? Intentionally listening to new types and genres of music can lead you to interesting avenues and perspectives of life.

When songs are force-fed through an electronic algorithm, it denies you the sense of discovery that you have in finding new music. Like record stores in the past, choosing different types of music by album art and short sampling immerses you in the world the artist is trying to build.

Albums are intentionally put together. Each song is placed in a specific order, sometimes to progress a story, other times to convey a mood or artistic expression. When you listen to random songs, you miss out on this level of detail.

Albums also have a habit of blending together, which leads some people to believe the whole album sounds the same. Personally, I believe this consistency lets you cherry-pick your favorite songs and hear the amount of effort an artist has put into perfecting their tone for the album.

A lot of music is now released through singles, highlighting artists' musical experimentation and often showcasing the most polished songs from an upcoming album. This trend has been going on for a very long time. However, due to the reach digital streaming services have for publishing music, it occurs much more frequently and conveniently now.

Singles are easier to consume in short bursts in-between classes or waiting for food. According to Bob Lefsetz, because singles are more consumable and more accessible, they blow up more easily than other formations of music such as compilations, EPs and albums.

In the age of digital music, this means that many people listen to singles. Singles from artists are usually hit or miss, most of the time miss, and it is difficult to build a cult fan base. That means more popular music can be heard more presently.

Social media allows popular music to overshadow other releases through the use of key phrases and limited social networks. Social media works as a bubble, which can sometimes contain different types of music, but usually just traps the user in from a wider array of music. Even in person at music stores and through digital sites, this bubble effect takes place.

Ultimately, listening to music by the charts ruins the integrity of the music as a piece of art. The whole point of popularity is to pursue and create trends. Solely consuming media that is current and relevant excludes you from personal expression and self-realization. Music and art are derivative of the past and past perceptions of the future, but we should have intention when listening to new songs, taking care to understand our own definitions of good music.