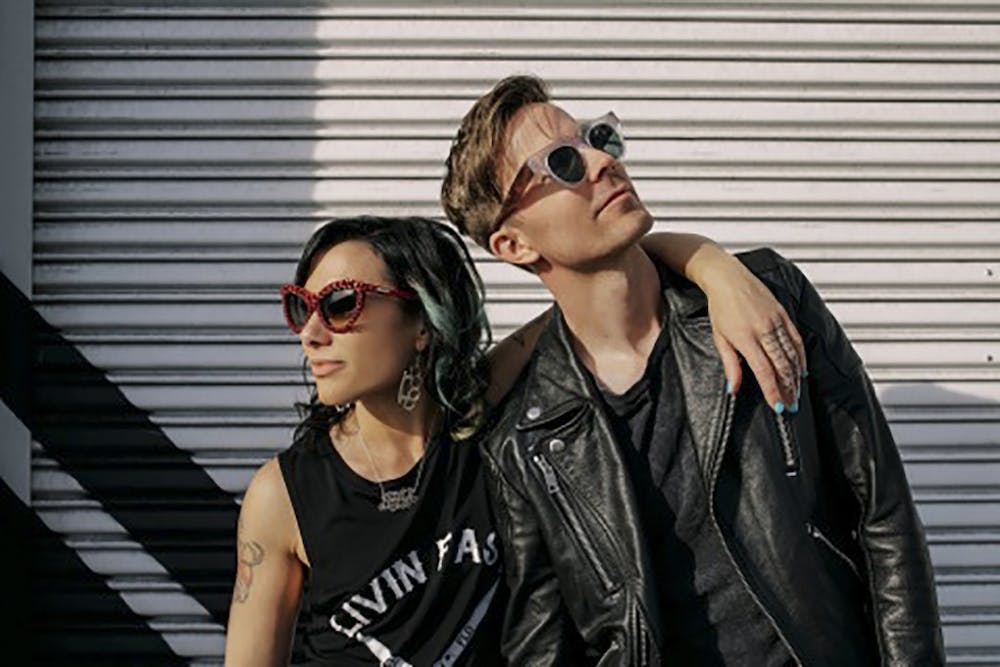 Courtesy of Right On! PR

Barack Obama was just elected president, there are only six Harry Potter movies in the world and Micheal Jackson’s mysterious death still permeates the trashy magazines in checkout lines. The year is 2009, and a relatively unheard of band released its sophomore album, “Grand.” An instant hit for the 2009 music scene, "Grand" was the birth of the then up-and-coming creative pairing, Matt and Kim.

It has been 10 years since Matt and Kim blew up in the musical world. In their Nov. 17 performance at The Senate, they will be looking back on this monumental album with the Grand 10 Year Celebration Tour.

They've accumulated some interesting stories over the past decade, such as the time they drove from Arizona to San Diego without functioning brakes because they didn't want to miss a show, or how meeting childhood idols such as Rivers Cuomo from Weezer has become inevitably normalized.

“We’ve been in years of touring ... ['Grand'] came out 10 years ago," Matt Johnson, the lead singer and keyboard player, said. "We’ve had a lot of memories in that time.”

The dynamics of this wholesome and lively duo are formed from the distinctive personalities of Matt and Kim Schifino. Their coupling began in 2002 during their time at the Pratt Institute in Brooklyn, with Matt on keyboard and Kim on the drums, though Kim is known now for her zealous on-stage presence and dancing. Their personalities might have as much influence on their success as their music.

Matt, the tall, scrawny, upbeat pianist, grew up with music, being a childhood fan of bands such as Weezer, My Chemical Romance and blink-182. He said he loves wild, energetic performances, but also just likes to “keep up on [his] Netflix shows.” However, he doesn’t particularly love tour traveling.

“We'll go to like Paris or something to do a show, and my parents are like, 'Well, how was Paris? What'd you think?' and I was like, 'Well, the wifi in the hotel was kinda s—y,'" Matt said.

Kim is the energetic drummer of the pair, evident through her now two ACL tears and history of wild fun on stage. The ticketing website even warns: “Language is definitely not suitable for all ages because of Kim.”

Unlike most bands, Matt and Kim stray from genre definition or a concrete sound.

“We get to do all these different kinds, we're not stuck in one genre," Matt said. "If the energy works for what we're doing, then that's where we fit.”

Technically classified as an alternative band, their sound ranges fluidly from rock to pop to indie bordering on EDM. Their music conveys varying messages, too, from upbeat pop songs about their relationship to songs about the struggles they’ve experienced. Across the years, they’ve built a repertoire of songs and an impressive performance history, all stemming from their distinct artistic abilities and repeated success in all aspects of their career.

Early on, Matt and Kim’s vibe was evident through their starting performances. From "playing essentially just parties" in places such as lofts and warehouses "where it was BYOB,” Matt said, the duo recognized their ability and desire to use their upbeat and physically stimulating energy to create a scene that’s more than just a performance. With the goal of stepping beyond the typical stage performance, they said they value the experience and interaction with their audience over simply playing their songs.

“The thing I take pride in our show, is it's a party," Matt said. "You don’t even have to know any of it. We're just gonna make enough of a mess out there, drop enough hits, as well, of other people.”

Shooting confetti and balloons and putting together sets more akin to a DJ's than an indie band's, the vibrancy, enthusiasm and ingenuity of the duo shows their devotion to an environment of energetic fun and infectious dance.

“To us, it comes down to more an energy about music," Matt said. "If it's something that you want to get wild to, that's what we can do.”

The musicians have found their groove in the industry and continue to make a name for themselves through a variety of high-energy performances, successful music videos and countless tours featuring their positive alternative sound. From Coachella to touring with bands such as blink-182 to repeatedly touching the Billboard charts, this celebratory tour is a sign of the group's individualism and determination.