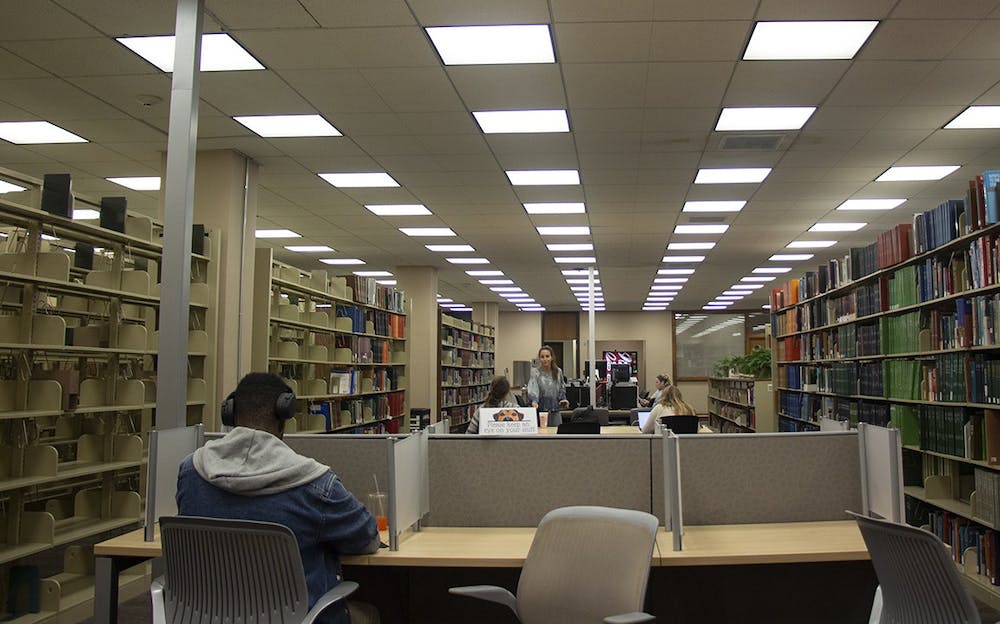 The fourth floor of Thomas Cooper Library is set to be renovated over winter break and be open for students by the start of the spring semester in a redesign inspired by the setup of the mezzanine.

Rankin sat down with The Daily Gamecock in an exclusive interview to unveil the plans for the library's fourth floor. Dean of libraries Thomas McNally approached Rankin about this project after he was elected last spring, and the two of them got the wheels turning.

There won't be any actual construction on the fourth floor, just removal and replacement of furniture, and it will not impact students studying for finals in December.

Rankin said the vision for the fourth floor is a versatile and adjustable study space for students, with movable white boards and large open areas. Though the library is awaiting official signing and discussion by the board of trustees, Rankin said the total cost of the renovation is being pulled from a university budget and will be under $1 million.  He said they do not have a final number yet, and the money will not come from Student Government's funding.

Rankin said students needed "a space that you can have communal study, 'cause that's the biggest need of our students, is not individual study space, but study space where people can work together and collaborate."

"You can bring a whiteboard over to the corner of, you know, a bookshelf or somewhere in the library, and make that your study space," Rankin said.

Rankin specifically discussed an "orange box" room, which will mimic conference rooms in the Leadership and Service Center with glass doors, glass walls and one wall with a screen that will have a media component  that can allow students to broadcast slide shows. Rankin said there's a wall panel that can adjust the roof of the room, allowing it to tilt for ventilation or close to sound proof the room.

There will also be individual study carrels, which Rankin said "looks like a first-class seat on an airplane." An adjustable light, foot rest, book bag cubby, a tiltable desk and a cup holder will accompany the carrel. Rankin said the most important detail about this project is giving students study options.

Among the different types of seating areas will be one seating area with bar stool chairs and a booth-like couch, all facing a white board for group study.

"There will be an increase in the amount of students that are able to study in that space 1,000%, but also the way that students are studying in that space," Rankin said.

News editor Meghan Crum contributed to the reporting of this story.