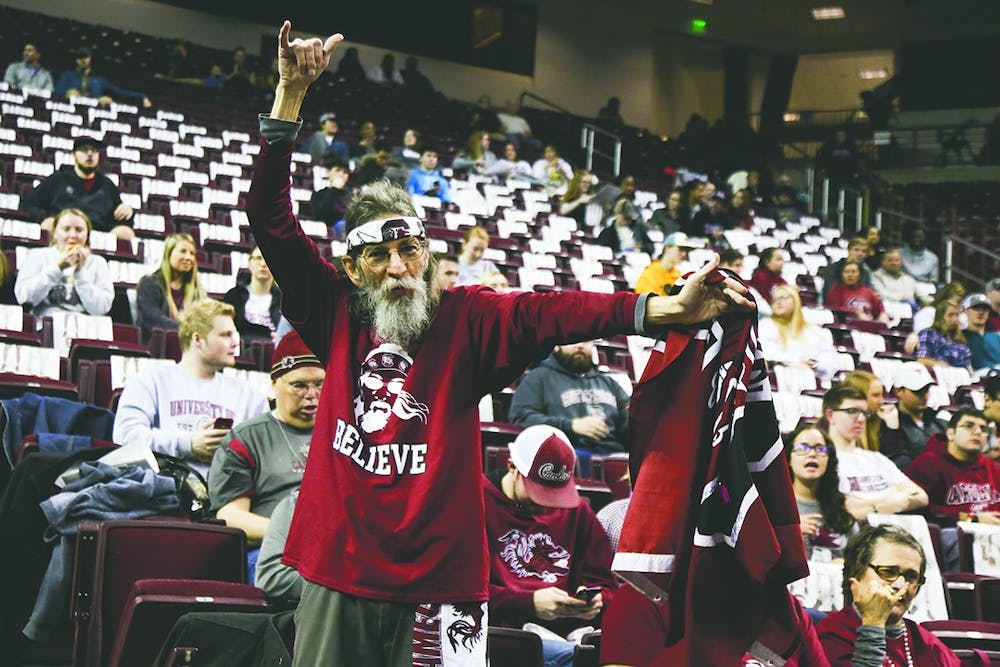 As football season comes to a close, some students here at South Carolina might be mourning their role as sports spectators. No more shuttles to Williams-Brice Stadium, no more watching the football team go out there and try their best.

Post-football depression is valid. However, our days cheering on the Gamecocks are far from over. Both women’s and men’s basketball are just as, if not more, exciting than football.

Especially at the start of football season, the outdoor seating is a major downside to attending the game. The metal benches act as a frying pan to the 80,000 fans cheering inside for three hours at a time.

Colonial Life Arena is indoors, so even on the rainiest days, watching the game is as comfortable as a cheering student section can be. A temperature-controlled environment makes attending the game that much more enjoyable.

Taking the shuttle to Williams-Brice can be a part of the fun of game day. However, getting to the game can often take longer than the game itself. Colonial Life Arena is far closer to most student housing than the stadium, making the commute to the game more convenient. The area is walkable from most student residences as well. That means no more $20 Ubers or waiting for the shuttles to bring you back to campus.

If your SC Rewards points are not up to par, you might spend most of your games at Williams-Brice in the upper deck. The view is incredible: The whole stadium spread out before you, all of the students jumping together like one living organism. While this view makes for good pictures, it is almost impossible to see what is happening on the field.

In Colonial Life, the capacity is much smaller, so you can really see all the action on the court without having to rely on a jumbotron to give you a play-by-play.

During football season, Saturdays can’t seem to come fast enough. Only one day each week, if not every other week, to root for our favorite team. Gamecock basketball not only has both a men’s and (national championship-winning) women’s team, but games can be any day of the week. An advantage of having a men’s and women’s basketball team is even more games to attend.

As someone who is not an avid football fan, I find the game very hard to follow. The entirety of the game takes around three and a half hours, and each minute on the clock seems to take 10 minutes to pass with each blow of the referee’s whistle. The average college basketball game takes around two hours, which makes it much easier for the student section to keep up its excitement for the duration of the game.