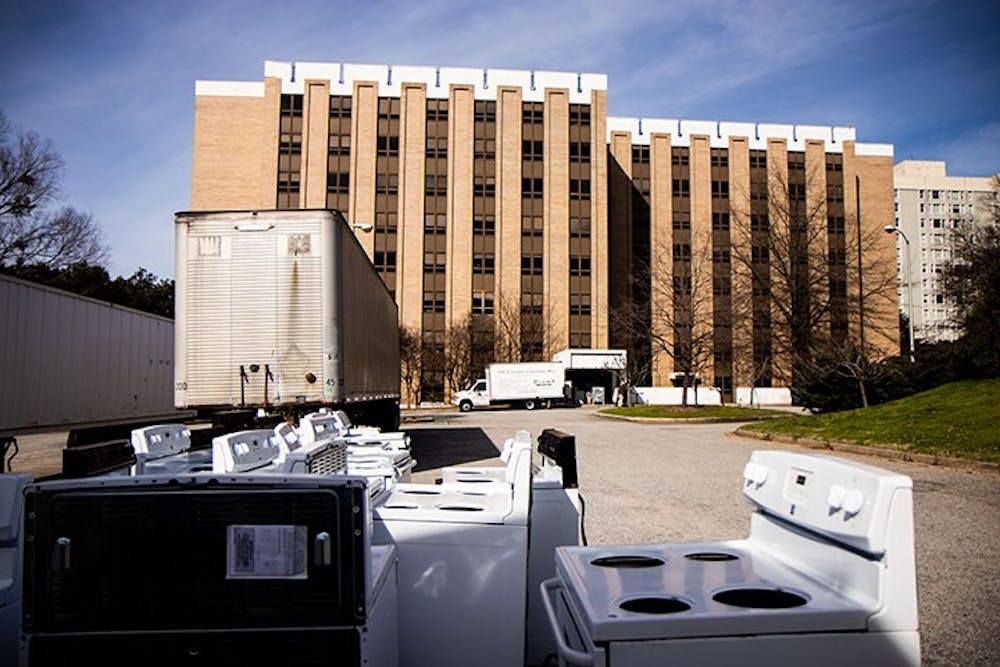 More than 200 Cliff residents have moved into reassigned housing after being displaced by the Campus Village Project last semester.

One of the frustrations Cliff residents expressed was the move occurring in the middle of the academic year. A petition started on Change.org three months ago called for construction to be delayed until May 2020 and garnered over 3,000 signatures by October.

Near the end of last semester, Cliff residents were given a form where they listed their top five housing preferences for the move. First-year broadcast journalism student Hannah Boyce, who now lives in 650 Lincoln, said the university tried its best to honor the wishes of everyone.

"I know a lot of people got into 650, but there were people who got placed in places that weren't even on the list they asked us to make of our top five," Boyce said.

First-year sport and entertainment management student Emily Peterson said she was originally supposed to be moved to Bates West, but she contacted the university to request a change. She is now living at 650 Lincoln.

"I mean, they're going to move me from one place that's bad to another place that's not nice," Peterson said. "I contacted housing, and I just kind of kept bugging them until they were able to switch me in and then, you know, some magical opening came up."

According to Peterson, another complication the former Cliff residents faced was simply having to move, as many of them had to pack during finals week.

"It was really difficult, and if you didn't want to move finals week then you either had to have your stuff packed way in advance before then, or you had to come back after break and kind of do it," Peterson said.

"Still, I have a bunch of unmoved boxes that haven't been unpacked because I haven't found the time to unpack them," Nguyen said.

Some of the furnishings students bought for Cliff are not needed anymore since they no longer live in an apartment-style building.

"I know one of the major things was people who were moving and had all this apartment stuff, since we lived in Cliff, an apartment building, were placed in dorms that were not apartment-style," Boyce said. "Especially, once again, if they're out-of-state students, they have all these extra pots and pans, say for the kitchen, and they don't have anything to do with that stuff."

Peterson said although 650 Lincoln is a nicer building than Cliff Apartments, she feels there was a loss of community.

"You stay because of the community. Nobody leaves a dorm like South Tower and is like, 'Oh, that was so nice,'" Peterson said. "They're like, 'I met my best friends there.' It's not really the building itself."

Nguyen also said she has experienced a loss of community as she and her roommate had to move in with older students.

"I don't communicate with them very much. We just keep it civil as roommates," Nguyen said. "I don't know how they feel about all the freshmen living here, but I've heard some negative feedback from upperclassman living at 650 that the freshmen are just creating a disturbing living environment for them."

Peterson said she knew people who were unhappy with where they were relocated and decided to break their housing contract and move off campus.

"The huge problem this year was just over-enrollment, and that was something that wasn't necessarily housing's fault," Boyce said. "The thing was, it wasn't one person in particular who had a handle over this whole thing, so I think they kind of did the best they could."