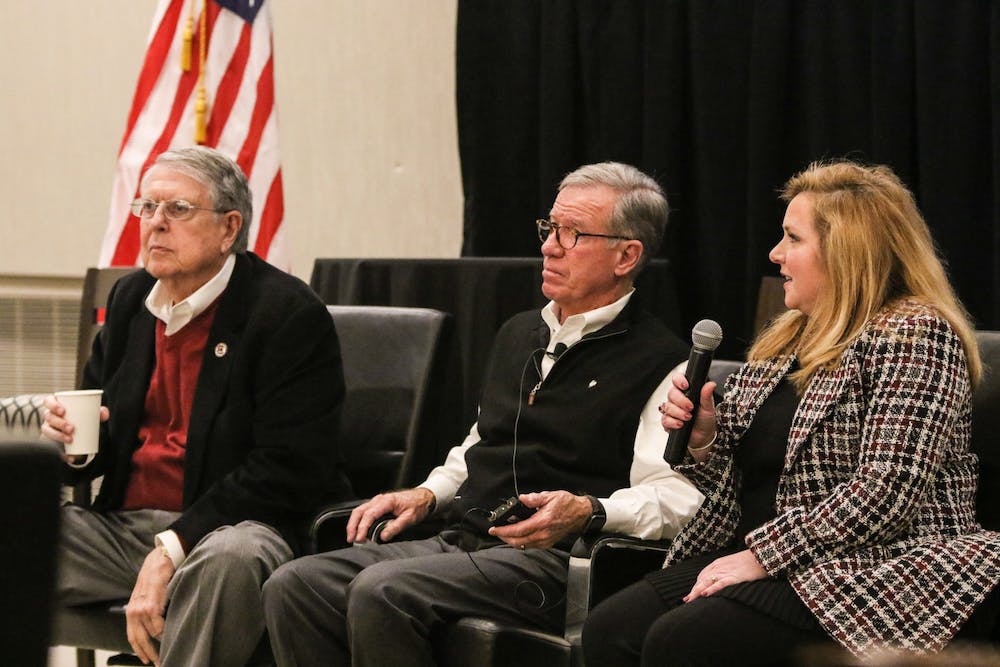 Board of trustees begins to address governance issues

USC's board of trustees focused on creating an action plan with consultants from the Association of Governing Bodies (AGB) on day two of the board retreat. This plan will address governance issues that led to the “undue influence” in USC’s presidential search.

The board outlined its short-term priorities, some of which are preventing political influence, restoring the reputation of the university, forming a governance committee and setting out fiduciary duties. These short-term priorities are things the board said it believes can be started immediately and executed quickly.

“We were talking about how so much of this really is going to be in the hands of the governance committee,” AGB consultant Ellen Chaffee said.

AGB consultant Richard Legon said reputation is "the most fragile" of the board's primary responsibilities.

“The mantra is, it takes seven years to fully turn around a reputation,” Chaffee said.

Members of the board emphasized diversity as a long-term goal and proposed some ways to institute it throughout the board, should the bylaws allow them to do so.

Legon said the important thing is “to encourage the kinds of candidates for this board who bring a breadth of experience that this board could benefit from going forward.”

Throughout the meeting, trustees suggested adding non-trustee members, such as university faculty, to board committees to help diversify.

Some longer-term goals the board outlined were reinforcing shared governance between the branches of the USC system, regularly reviewing board bylaws and more transparent communications, including the suggestion of rotating town halls, where trustees could hear comments from different communities.

“One thing that we want to do is convey the message that we are open to feedback from our customers,” board member Leah Moody said.

Board member J. Egerton Burroughs said the board has had similar discussions in years past, but action did not follow.

“We went through almost all of this before and talked about it, and we didn’t do it. So we have a second opportunity now, and I hope we can dig in and make it work,” Burroughs said.

Board member Mack Whittle said he encouraged the board to meet within the next two weeks to start working on these initiatives.

“We need a sense of urgency,” Whittle said.

“The University of South Carolina has never been in better shape than it is right now in the history of the university. We have more students, more diverse students. We’re educating them at a more efficient rate than anybody else in the state," Smith said.