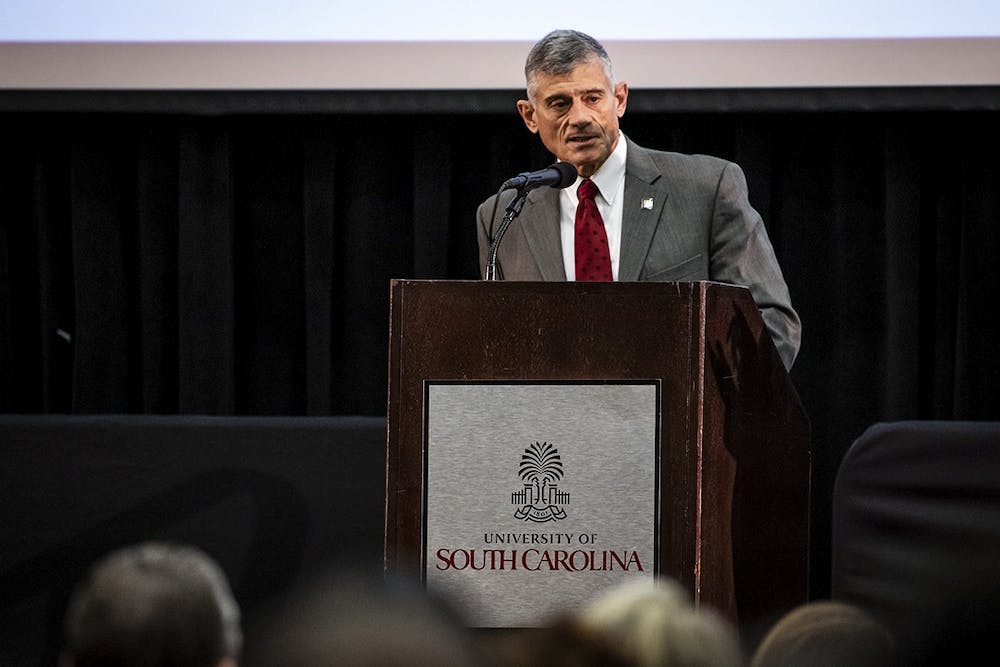 USC found of being affected by 'undue influence' during presidential search

The Southern Association of Colleges and Schools Commission on Colleges (SACSCOC) has found that the presidential search process for USC breached two “standards” of the association's “Principle of Accreditation,” a newly released letter states.

The first standard was that the university must “regularly evaluate the institution’s chief executive officer.”

According to SACSCOC, irregularities in the university's presidential search are what resulted in this breach of standard.

The second standard was that the presidential search was subjected to “undue influence by external persons or bodies.”

The SACSCOC has enough evidence that points toward undue influence from Gov. Henry McMaster during the search for a university president.

According to SACSCOC, the university “has not yet demonstrated that its governing board protects the institution from undue influence by external persons or bodies.”

The university will have two years to change their policies in an effort to make up for the breaches of these standards.

SACSCOC has requested the university submit a “monitoring report” that addresses the concerns outlined, offers remedies and a history of responses to the sources of the issues outlined by the SACSCOC and will be reviewed by the SACSCOC board of trustees.

If the university fails to meet the standards set by the “Principles of Accreditation” during this two-year period, representatives from the university will have to sit before the board of trustees, or a standing committee, and answer as to why the university should not be removed from the SACSCOC.

If the board determines “good cause” and the university has not been put on probation during the two year period, the amount of time the university has to adjust their policies can be extended by a minimum of six months and a maximum of two years.

The university during this time, however, might be put on probation for a possible maximum of two years.

If during these two years the university still fails to meet the standards set by SACSCOC, and they are not found of “good cause,” they will be removed from SACSCOC.