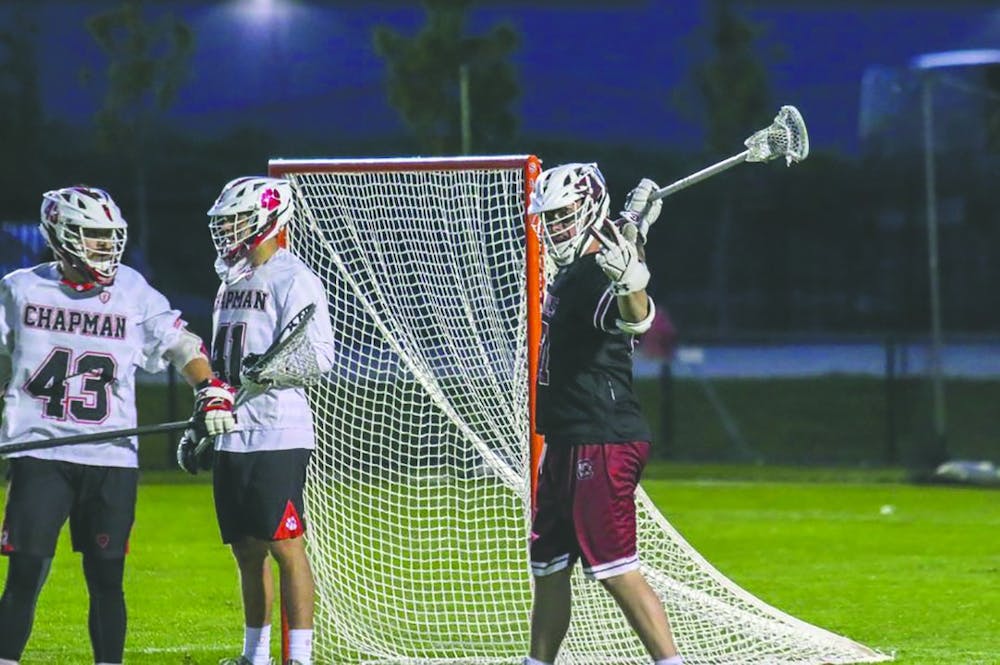 Club lacrosse looking to repeat as national champions in 2020

With the spring semester starting on campus, many students will undoubtedly miss the atmosphere brought by Saturdays in Columbia. That said, there are plenty of other nationally-recognized programs on campus students should pay attention to while football is out of season — specifically, the men’s club lacrosse team.

If you don’t know much about lacrosse or you aren’t a big lacrosse fan, all you need to know about this team is that they are the defending national champions. The Gamecock club lacrosse team finished last season with a 21-2 record, winning the Southeastern Lacrosse Conference (SELC) Championship and the Men's Collegiate Lacrosse Association (MCLA) National Championship.

“We worked hard all year long to put ourselves in a position to go and have some fun, and that championship week, the boys were very focused and had a good mindset of what the goals were and what we had to do to achieve those goals,” head coach James Harkey said. “Winning throughout the year is great, winning the conference championship is great, but being the last guy standing at the end of the day on the top of the mountain was certainly a feeling that I won’t soon forget.”

Not only did the team find success on the national stage, but individual players were honored for their historic season.

Junior Derek Isaac was named to the MCLA third-team All-America and the 2019 SELC second-team All-Conference alongside then-senior teammate Frank Fiorrino.

The athletes weren’t the only ones recognized at the end of last season. Harkey was named the 2019 MCLA Coach of the Year. Harkey is entering his fifth season as head coach of the Gamecock club lacrosse team and has a 64-16 record.

“It’s a great honor to be recognized like that, and honestly, awards like that are reflections of all the people around me; I mean, first and foremost the players," Harkey said. “I’ve been preaching to these guys since the first day I set foot on the practice field with this group five years ago. I told them that [winning the championships] was achievable, that this was something that we had the ability to do.”

“Colin, specifically, is going to be hard to replace, 'cause it wasn’t just the great on-field play that he provided, he was a great leader on and off the field, and a guy that, really, everybody got along with," Harkey said.

Harkey said he’s encouraged by the returning players, especially junior Matt Butler, who is “a heck of a goalie in his own right,” but there are “a number of newcomers who are pushing him hard for the” goalie position

While the team might be losing one of its best players, it’s retaining another one. Sam Weis led the team in goals scored and points scored last year. According to Harkey, Weis is a "pure goal scorer."

“I am very excited about Sam coming back, not just because of his point production but ... he came into his own on the field once he started being a vocal leader on the field,” Harkey said. “His ability to control, to be that quarterback of the offensive side of the ball, you know, it really made a huge difference for us down the stretch of the season last year.”

Weis,a transfer from Bellarmine University, a Division I school in Louisville, Kentucky, said he credited his success to the fact he played sports such as hockey and golf before finding lacrosse.

“Nobody really knew who I was last year," Weis said. "I feel like I may be on some of the teams' radars now just because I put up some points last year.”

Weis said he thought they could "definitely" win the championships again.

"We have the ability to come back and do it all again, and repeat," Harkey said.

The new season starts this February in Baton Rouge against Texas A&M and LSU, and the Gamecocks will have many chances to prove they are just as good as last season. There will be a rematch of the SELC Championship with Georgia Tech March 6 in Atlanta, and a rematch against Liberty, one of the two teams to beat the Gamecocks last season, at home March 21.

The Gamecocks' first home game is Feb. 7 at 7 p.m. at the Bluff Road Practice Fields against Georgia.