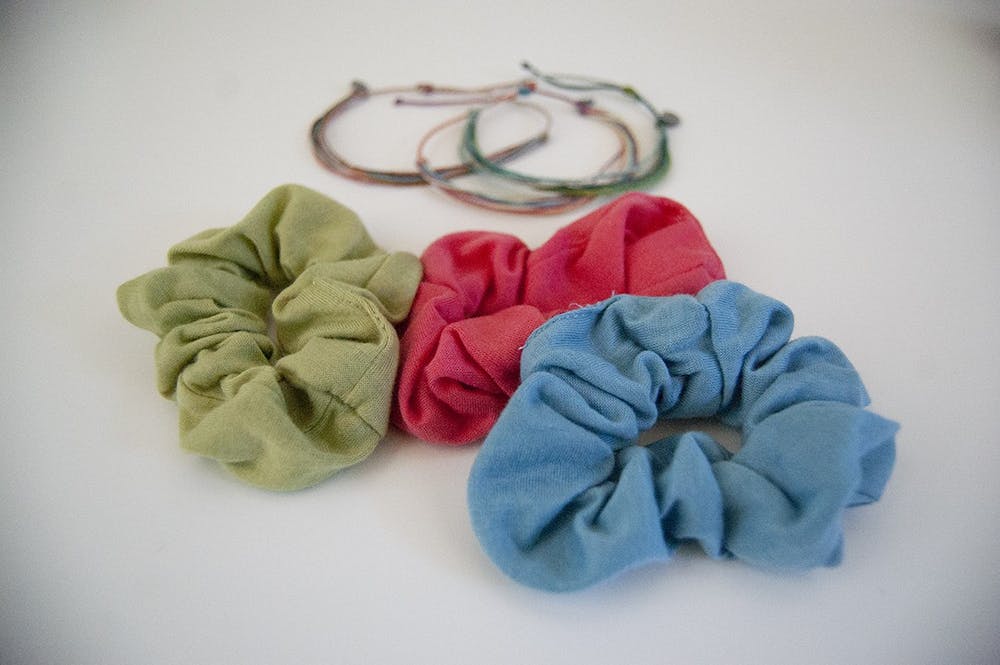 Scrunchies, Hydro Flasks, big T-shirts, Nike Air Force Ones and puka shell jewelry seem to be an arbitrary list of clothing and accessories targeted towards teen girls. However, these are essential items belonging to what is known on social media as a "VSCO girl." The term, first appearing in 2017, has become an insult toward girls who follow the “conformist” trend.

VSCO, a photo-editing app, has become associated with teenage girls who post heavily filtered, aesthetically pleasing pictures and adhere to the same fashion: oversized T-shirts that cover running shorts. While the name began as a joke with a positive connotation, it quickly turned negative as more “VSCO girls” popped up on social media.

Girls who follow popular trends are frequently chastised and called “basic.” Trends seem to die out once too many women buy into them, and after some unknown exceeded limit, all those who participate are grouped into the same can’t-think-for-themselves faction. “VSCO girl” has quickly turned into an insult across social media.

Categorizing someone as a “VSCO girl” assumes they are “white, relatively rich, conformist, and obsessed with social media,” according to Dictionary.com. What happened to simply wearing something because you like how it looks or buying shoes you saw someone else wear because they looked good on them?

Imitation is no longer a form of flattery but a slippery slope that leads to unknowingly acquiring negative traits. My all white sneakers don’t mean I judge you for your lack of AirPods.

Those who choose not to participate in trends may deem themselves “not like other girls,” saying they are superior to most women because they look or act differently.

Writer Gina Tonic explores the mentality of those claiming to be unlike most girls: “She's the woman who has to distance herself from other women — the underlying message being that most women are inherently bad.” Those who distance themselves from trends by trying so desperately to be unique have made a meme of themselves as a result.

“Not like other girls” has become its own stereotype — an anti-”VSCO girl” who judges other women and insists she is better. While the "other girls" wear too much makeup and are vain and needy, this girl is “a good, non-vapid, non-tanned, non-girl,” as described by Bustle. Her clothes and appearance make her an individual, set apart from the crowd.

While trends can appear to subdue individuality, many people present their uniqueness through their personality instead of their clothing choices.

Your actions show your character far more than clothes and accessories — putting other women down for participating in a trend does, in fact, show you are unlike "other girls," those who share a smile walking to class because they are wearing the same shoes and are happy to lend a hair tie (scrunchie or not) whenever another girl is in need.

Don't fall into the toxic mentality that fashion dictates personality. If being unlike these "other girls" is so important, reconsider your priorities. Trends may come and go, but character, including superficial judgments, will continually define our identity.