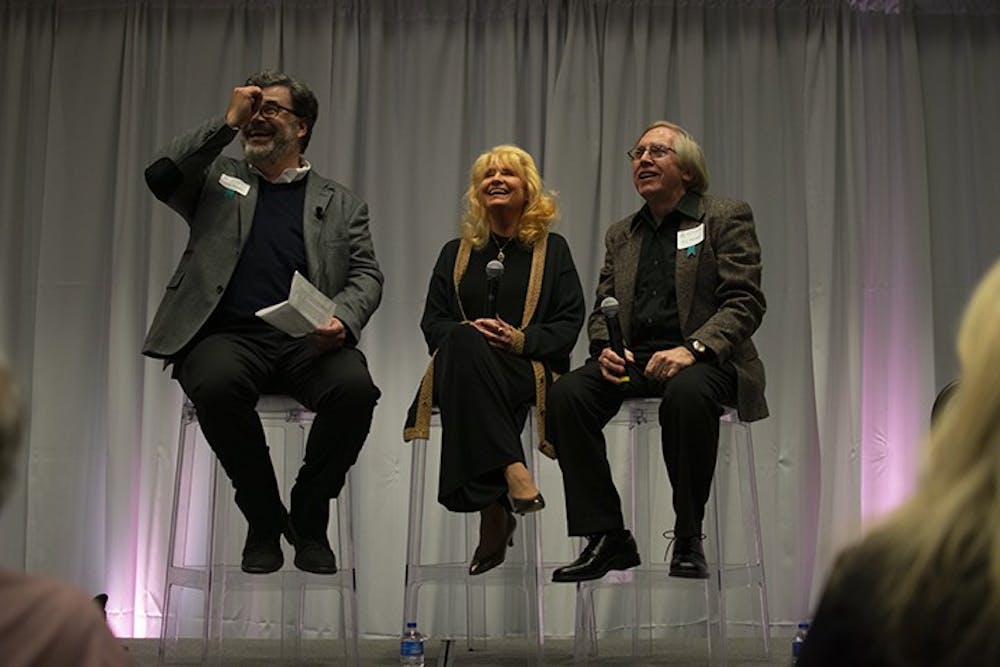 The Friends of UofSC Libraries launch party showcased the “Four Color Fantasies” comic book exhibit and comic book writers Roy and Dann Thomas, who spoke at the event on Jan. 23.

The Friends of University Libraries is a group dedicated to providing suitable library resources to schools across the state of South Carolina.

The “Four Color Fantasies” exhibit featured a range of comics from political and organization cartoons to superhero and older mystery comics.

The collection comes from a donation of nearly 180,000 comic books from lifelong comic book collector, Gary Lee Watson. Exhibit curator Michael Weisenburg said it started when he got a “very vague email.”

“It said, ‘I have a friend who has a substantial comic book collection, and he’s looking to place it somewhere,'" Weisenburg said. "I’m paraphrasing, but it was like one sentence.”

“He’s got full runs of everything. It became really obvious that this is a massive collection, and it’s … about as comprehensive as it can get," Weisenburg said.

Fellow exhibit curator David Shay said the collection is “just a great resource” due to its size.

“Thousands of magazines, pulps, paperbacks, hard backs, reference books, covering the scopes of Americana,” Shay said. “History from even the 1910s, 1920s, all the way up to the early 2000s, and it covers a huge swath of American popular culture and American history in the 20th century.”

The collection isn’t just for show. Weisenburg said eventually the public will be able to sign out the comics for reading or as study material.

“We’re a public institution. We want people to learn from this material — I’ve already had students who are in the Honors College who are writing terms papers and senior theses on these things,” Weisenburg said. “Eventually, they’ll be cataloged, they’ll be discoverable, and people will be able to work with most of the collection.”

The Thomases are best known for their work on Spider-Man, Luke Cage, Conan the Barbarian, Wonder Woman, Hulk and Wolverine. Roy Thomas became Stan Lee’s successor as editor-in-chief at Marvel Comics after Lee stepped down in 1972 and became Marvel Comics' publisher.

“I always thought they deserved study. Even if they’re not literature — and they can be, I’m not saying they aren’t — but even the ones that aren’t literature, they deserve study on so many levels: as sociology, as history," Roy Thomas said. "They’re a walking history at what society is at a given stage, for better or for worse.”

The Thomases talked about their experience in the comic book industry on a panel moderated by English professor Andy Kunka and held a Q&A near the end of the event.