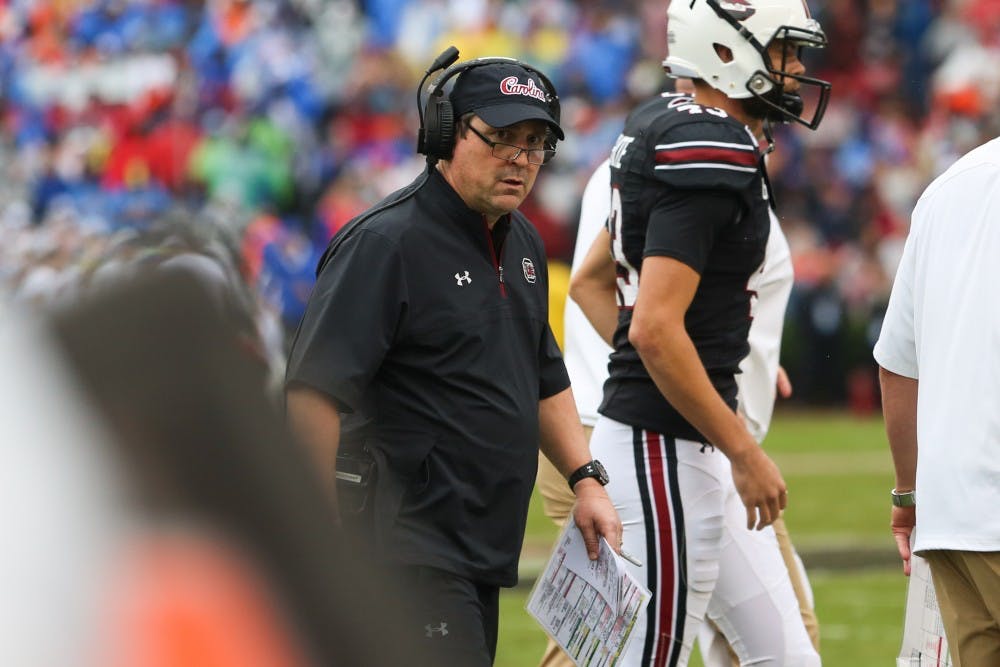 Head coach Will Muschamp made it clear changes would be made following the program's sixth straight loss to their most notable in-state rival, the Clemson Tigers. Following what he said was a "frustrating year" for himself and the Gamecocks, there has been speculation as to how the coaching staff will look in the upcoming year.

After receiving support from President Robert Caslen and athletic director Ray Tanner, Muschamp wasted little time filling out his staff. He completed his off-season hires with the promotion of Kyle Krantz to special teams coordinator and assistant defensive backs coach. Muschamp said he believes Krantz is the "best fit" to captain the special teams unit in the upcoming year and hired him to fill the last hole in his staff.

Krantz is entering his fifth year with the Gamecocks, having served most recently as the special teams assistant last season.

He will be looking for the replacement to punter Joseph Charlton, who averaged 47.7 yards on 68 kicks in his final collegiate season.

Redshirt junior punter Christian Kinsley should be the favorite to win the job headed into camp because of his experience backing up Charlton, but he only has one more year of eligibility.

Kai Kroeger is a three-star punter and considered a hard commit to the Gamecocks by 247Sports. He could earn the job during training camp, as could a future signee or walk-on, but Kinsley should enter camp taking first team reps.

While it remains to be seen who will be punting for the Gamecocks in 2020, Krantz can sleep better knowing he has one more season of kicker Parker White in a Gamecock jersey. White has only missed one extra point in three years of starting for South Carolina and has a career field goal percentage of 71.4%.

The return game is always an interesting way to incorporate young athletes into the game and give them space, so Krantz will likely experiment in camp or even early into the season with several different returners.

Sophomore defensive backs Jammie Robinson or Shilo Sanders could become a scoring threat in the return game, and some recruits, such as running back MarShawn Lloyd or wide receiver Rico Powers Jr., could make an immediate impact.

Regardless of who ends up on the receiving end of the kicks, Krantz has plenty of athletes to choose from.

Bobo is set to take over the offensive side of the ball and presumably offensive play calling next season. The move to bring in Bobo included bringing in a former member of his staff, Joe Cox, to coach the tight ends.

Bentley will have the resource to aid him with quarterback development in the form of Connor Shaw. Shaw has taken over as the director of player development, previously held by Gamecock alumnus Marcus Lattimore. Muschamp said in a press conference Shaw is "one of the greats of all time to play here," making him a "tremendous asset" for the program.

While Shaw's role is more geared towards mentorship than on-field performance, the knowledge and experience he brings to the quarterbacks will be an invaluable advantage for Bentley in cultivating the high potential of the current Gamecock quarterback room.

The coaches have been selected, the recruits are starting to come in and the transfer portal is beginning to settle. Though next season is still far off, the team is beginning to take shape.

While plenty of questions still surround the team and issues need to be resolved to improve upon last year's 4-8 season, a set staff provides some clarity into the future of the Gamecock football program. Only time will tell if this is the right group to turn the program around for the long term or get the team back into a bowl game next season.