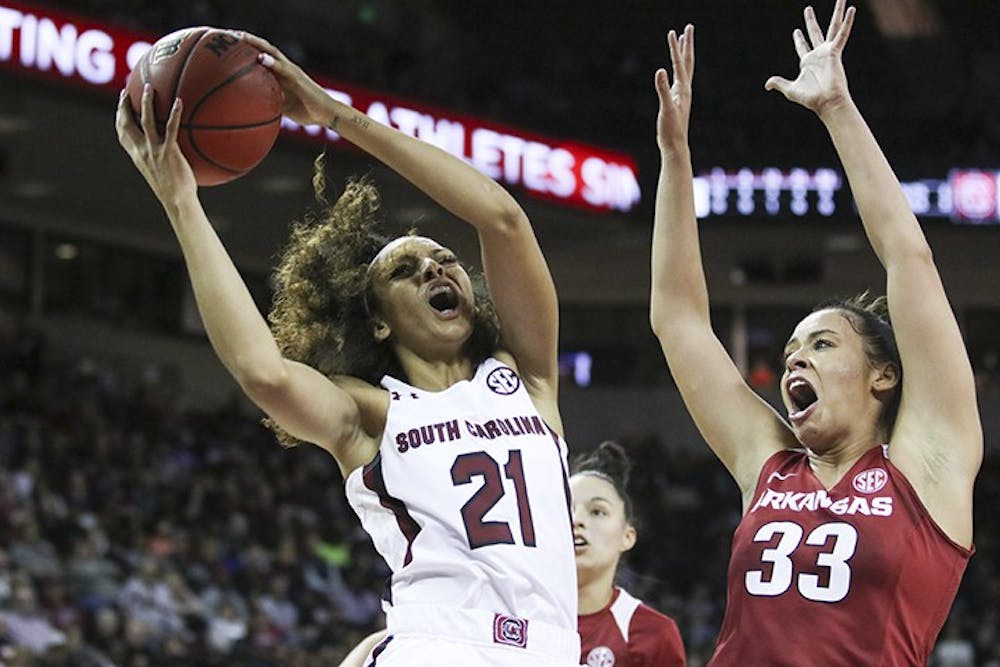 No. 1 Gamecocks continue undefeated SEC streak with win over Missouri

The Gamecocks shot 4-for-20 from the field at the end of the first quarter. This resulted in the Gamecocks scoring 12 points in the opening quarter, the lowest first-quarter point total in SEC play thus far for South Carolina. The Tigers shot 3-for-13 in the same time frame.

“I felt we just made poor decisions at times,” head coach Dawn Staley said in a postgame interview with the SEC Network. “Where either we’re charging into them or we’re just not taking the correct pass or taking the correct shot.”

However, South Carolina scored 9 points in the first half of the second quarter, which helped the Gamecocks end the first half on a 16-3 run and go into the locker room with an 18-point lead.

The Gamecocks opened the second half with a 12-2 run. After the media timeout, the Tigers raised 12 points before the quarter finished, but the Gamecocks matched this feat to maintain their 28-point lead.

South Carolina outscored Missouri in the last quarter, securing the Gamecocks’ ninth win by 30 or more points this season.

“Anytime you get a win on the road in our conference is always a good thing,” Staley said in a postgame interview with the SEC Network.

Five Gamecocks ended the night with points in the double digits, including freshman guard Zia Cooke and senior forward Mikiah Herbert Harrigan, who led the team with 14 points each.

“We spread it around,” Staley said in a postgame interview with the SEC Network. “We do a great job at being unselfish and trying to find out who’s supposed to shoot the ball.”

South Carolina won by 33 points and outrebounded the Tigers, 62-31.

The Gamecocks' winning streak over Missouri continued after Thursday night's win, for an overall record of 7-3.

The Gamecocks will return to Colonial Life Arena and take on the No. 10 Mississippi State Bulldogs. The Bulldogs have a 16-2 record after beating the LSU Tigers Thursday night. The Gamecocks and Bulldogs will tip-off at 7 p.m. Jan. 20, and the game can be seen on ESPN2.