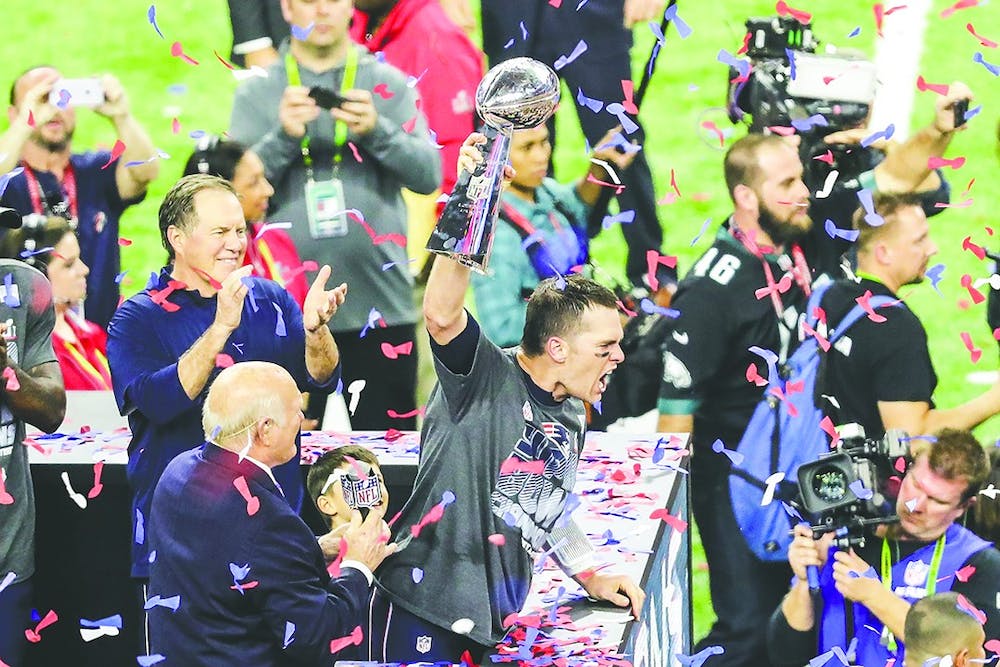 Column: Top 10 most exciting endings in sports this past decade

As the new decade begins, it's enjoyable to look back on the past 10 years to see what all happened in the world of sports. The 2010s brought us countless games that included heart warming Cinderella stories, impressive shutouts, jaw-dropping endings and comebacks that just seemed too good to be true.

When looking at all sports, there were easily thousands of memorable games that filled the past decade and will be talked about in many decades to come.

Here are 10 jaw-dropping endings in sports from the 2010s:

The United States women's soccer team made an incredible comeback in the 2011 Women's World Cup quarterfinals, and Abby Wambach is a huge reason why.

Brazil had taken a 2-1 lead in overtime, and things were not looking good for the United States. Then Megan Rapinoe got the ball to Abby Wambach, who scored off the header and forced the game into penalty kicks.

The United States defeated Brazil 5-3 after the penalty kicks.

It's important to first remember what this World Series championship meant for the Cubs. The franchise had not won a championship in 108 years.

The series against the Cleveland Indians went to a game seven, and the 10-inning final game was a rollercoaster.

In the final inning, there was a 17-minute rain delay. Once the game resumed, the Indians were able to bring two runners in and bring the score to 8-6. Viewers feared the Cubs were going to give the game away, but Mike Montgomery got the final out to end the game.

After over a century of struggle, the Cubs ended the longest championship drought in baseball history.

This play will forever haunt Seahawks fans, who watched Russell Wilson literally throw the Super Bowl victory away. Even today, when the Seahawks are anywhere within the 5-yard line, announcers are quick to comment on the coaching staff and question what play they'll choose.

All season long, Marshawn Lynch had been a huge playmaker for the Seattle Seahawks. It seemed like the perfect scenario when the Seahawks lined up on the 1-yard line, down 28-24 to the Patriots with under a minute left. Lynch had the chance to run the one yard and seal the win.

That was, of course, until Pete Carroll called a pass play that stunned viewers and led to Patriot Malcolm Butler intercepting Wilson's pass, thus winning the Patriots' fourth Super Bowl.

After battling through March Madness, North Carolina and Villanova had an exciting championship game with a picture-perfect ending for the Wildcats.

Villanova's offense had fallen to a 17-7 run by North Carolina late in the second half. They were prompted to call a timeout after the Tar Heels tied the game at 74 with 4.7 seconds remaining.

After the timeout, it was Villanova's Kris Jenkins who made the 3-pointer at the buzzer to clinch the 77-74 national championship victory.

The 2010 Men's World Cup was in Pretoria, South Africa, and the match was between the United States and Algeria. The game was scoreless for such an extended period of time that many Americans lost hope in their team pulling out the win.

The United States men's team had a goal called back and a missed shot.

Landon Donovan, however, came up huge in the 90th minute by racing down the field and scoring for the U.S.

"If there was going to be a goal that defined the era when American soccer touched the mainstream, it would have to be scored by Donovan on the counter," Sports Illustrated writer Brian Straus said.

The Golden State Warriors had taken a 3-1 series lead against the Cavaliers in the 2016 NBA Finals. This is a deficit no team had come back from in the history of the NBA — up until this point.

LeBron James and the Cavaliers were able to pull off the comeback and extend the playoffs to a game seven in Oakland. James was looking to fulfill his promise to bring home a championship to Cleveland, and with a 93-89 victory over the Warriors, he did just that.

The victory in Oakland made the Cavaliers the fourth team in NBA history to win a game seven away.

Going into game six, the Miami Heat trailed the San Antonio Spurs 3-2 in the series. The Spurs had a 5-point lead with only 30 seconds remaining.

Miami cut the Spurs' lead down to three, and LeBron James had a chance to tie the game for Miami. He missed the game-tying shot as the shot clock expired, but got the rebound to Ray Allen. Allen then took a 3-point shot from the right corner and made it.

This gave Miami the opportunity to extend the game to overtime, where they pulled out the win. Miami went on to win game seven.

During one of two NFC divisional rounds of the 2017 playoffs, the Vikings hosted the Saints. With just under 30 seconds left in the game, the Saints held onto a 24-23 lead after kicker Will Lutz made a 43-yard field goal.

The Vikings had just enough time to respond, but after a series of incomplete passes, it seemed as if their playoff hopes were going to die on their own 39-yard line.

With 10 seconds left, quarterback Case Keenum threw a 35-yard pass to Stefon Diggs, who ran the remaining 33-yards for the game-winning touchdown.

Diggs' jumping catch caused Williams to tackle his own teammate, who happened to be the only other defender close enough to try stopping Diggs.

The Vikings advanced to the NFC championship game.

The New England Patriots were looking to win their fifth title, and the Atlanta Falcons were hungry for their first Super Bowl win. The Falcons had only ever appeared in one other Super Bowl 18 years prior, and after they dominated the first three quarters, it became almost impossible for them to lose their second appearance.

The Patriots needed to come up with 25 points to even tie the game. This was the offense that had only put up one field goal in over 30 minutes of play.

Despite all odds, Tom Brady and the Patriots' offense came up with every one of those 25 points while their defense kept the Falcons from even scoring a field goal.

The Patriots won the coin toss in overtime, and they soon began marching downfield. Running back James White ran the game-winning touchdown, completing what some consider the greatest comeback in Super Bowl history.

Expectations for an exciting game were high when the 10-1 Auburn Tigers hosted the 11-0 Alabama Crimson Tide. The game remained relatively close the entire day, and after each team came up with big plays near the end, the game was tied.

Tied at 28, Alabama kicker Adam Griffith lined up to try a 57-yard game-winning field goal. In almost all of these scenarios, the kicker either makes it to win and end the game or misses to extend the game to overtime.

Chris Davis had a different idea.

Since the ball was short, Auburn had the chance to run it out. Davis caught the missed field goal and ran 109 yards to score for the Tigers and defeat Alabama 34-28.