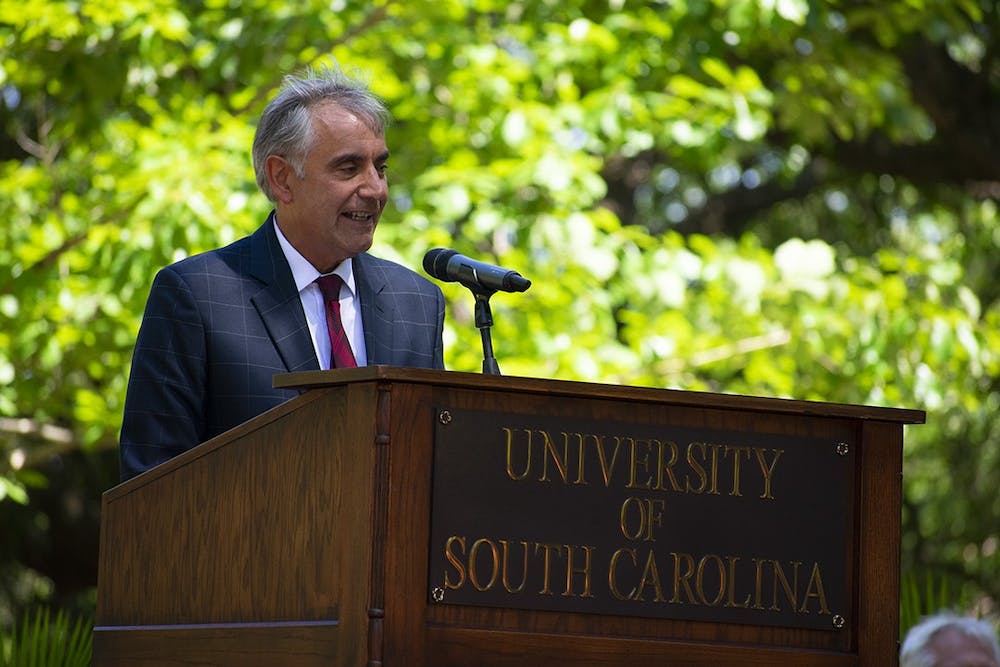 USC: A look back over decade

South Carolina defeated No. 1-ranked Alabama, 35-21, ending the Crimson Tide's 19-game winning streak and establishing Gamecock football as a force to be reckoned with. This victory was not only a major upset, but a star-making performance for Gamecock legends Marcus Lattimore and Alshon Jeffery, who are revered by the university to this day.

The men's baseball team proved that its 2010 NCAA championship win was no fluke when it finished the 2011 tournament with a 10-0 record and reclaimed the championship mantle. Thanks to the leadership of coaches Ray Tanner and Chad Holbrook, the Gamecocks pulled off one of the most impressive feats in the history of South Carolina sports.

South Carolina Honors College recognized as best in the nation (2012)

The SC Honors College secured a No. 1 ranking from the first volume of "A Review of Fifty Public University Honors Programs" — a position it has held ever since. This cemented UofSC's reputation as a formidable academic institution not only in South Carolina, but across the country.

Coach Steve Spurrier delivered a late-career miracle when the Gamecocks defeated the Clemson Tigers for the fifth year in a row, 31-17. This game could be fondly remembered as the swan song of the Gamecock football Renaissance that Spurrier catalyzed in the early 2010s.

After a seven-year hiatus, band members Darius Rucker and Mark Bryan, both former broadcast journalism students, reunited to celebrate the opening of the new school of journalism building on campus and play a free concert on USC's historic Horseshoe. Their heartfelt performance is a memory the university won't soon forget.

Already a Truman and Goldwater Scholar at the time, Fleming was awarded the coveted Rhodes Scholarship and subsequently enrolled at Oxford University. A model of academic excellence and virtue, Fleming remains a source of inspiration for faculty and students alike.

The women's basketball team won its first NCAA championship in school history. After nine seasons as Coach, Dawn Staley led her team to victory and taught the country to never underestimate the Gamecocks.

Beloved president Pastides celebrated 10 years of service to the university. Through Pastides' leadership, USC survived the 2008 financial crisis and went on to become one of the country's premier state universities. For that, USC will be forever in his debt.

After a controversial selection process, Gen. Bob Caslen was appointed as USC's new president. It is unclear what his legacy at the university will be, but students and faculty are waiting with bated breath to find out.

Though the future is uncertain, there is reason to hope. The past decade was full of stacked odds and unlikely victories. Our story has been one of an underdog. In the face of numerous obstacles, our school has marched ever onward. Let us all adopt this same resilience and determination as we arrive in the new decade. Forever to thee.