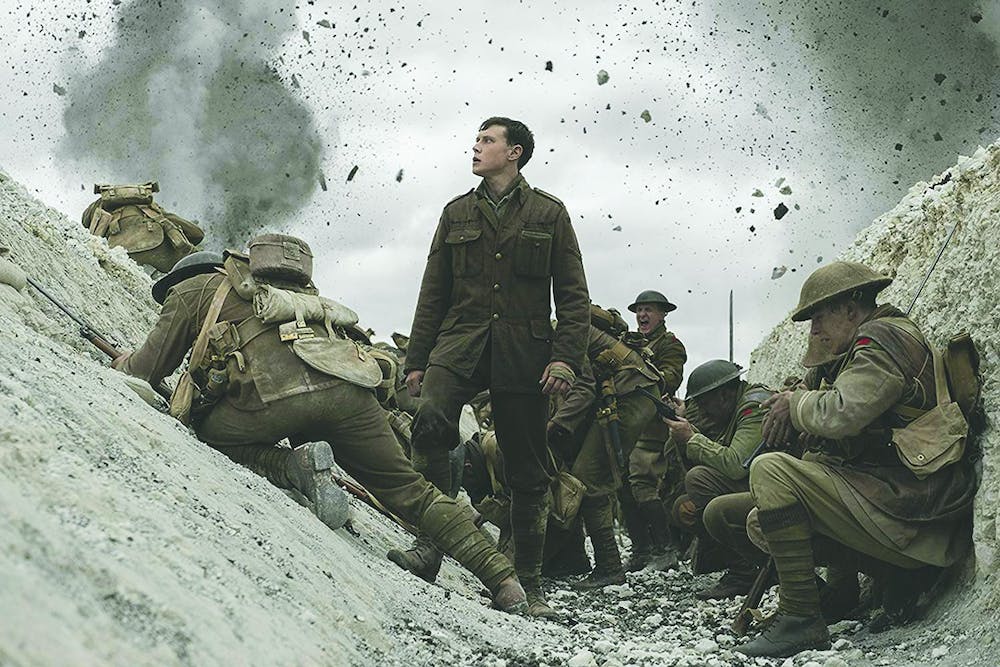 Filled with suspense and the harsh realities of war, "1917" is uniquely shot to look like one long take for an overall incredible movie experience. This unexpected filming technique is the most interesting aspect of the movie.

"1917" is similar to "Bird Man" in the sense that it is made to look like one long shot. This means the camera moves around a lot and pans around characters often without cutting, or at least without any obvious cuts.

Logically, of course, the film does have some cuts as it would be near impossible to film an almost two-hour movie with none. However, the cuts are hidden very well; there are only two or three noticeable ones, and even those may not be obvious to the general audience.

The film's use of a moving camera creates an incredibly immersive experience.

Despite occasional music, "1917" is very quiet, which makes it easy to be drawn into. The quiet nature leads to high-tension scenes being elevated since the only sounds, really, are gunshots and footsteps. It can also cause the sad and reflexive moments to carry more weight.

Then, on many occasions, once the viewer is fully immersed and used to the quiet, an explosion, gunshot or some other loud noise will cause the viewer jump as if it was happening to them in real life.

The plot is fairly simple. The main characters are given a message from their general to take across the battlefront to other soldiers to call off a planned attack. However, the severity of the plot is portrayed at the climax of the film, and it shows that despite being relatively simple, it carries much weight.

A film such as "1917" doesn't need a convoluted plot. The simple plot is effective by allowing the film to highlight the incredible visuals.

Another notable aspect of the film is its starring actor.

George MacKay is a relatively unknown actor, but after this film it's obvious he will go on to do great things. MacKay is able to hold his own alongside stars such as Colin Firth, Mark Strong and Benedict Cumberbatch, who all play his superior officers.

MacKay's performance is particularly impressive because of the range he has within the film. One moment he's running for his life or manically panicking, and at others he's grieving the loss of a friend or having a more intimate moment with a woman and her child.

"1917" has been nominated for multiple Academy Awards, and despite being up against the likes of "Once Upon a Time in Hollywood," "The Irishman" and "Parasite," there is no doubt "1917" has earned its place among them.