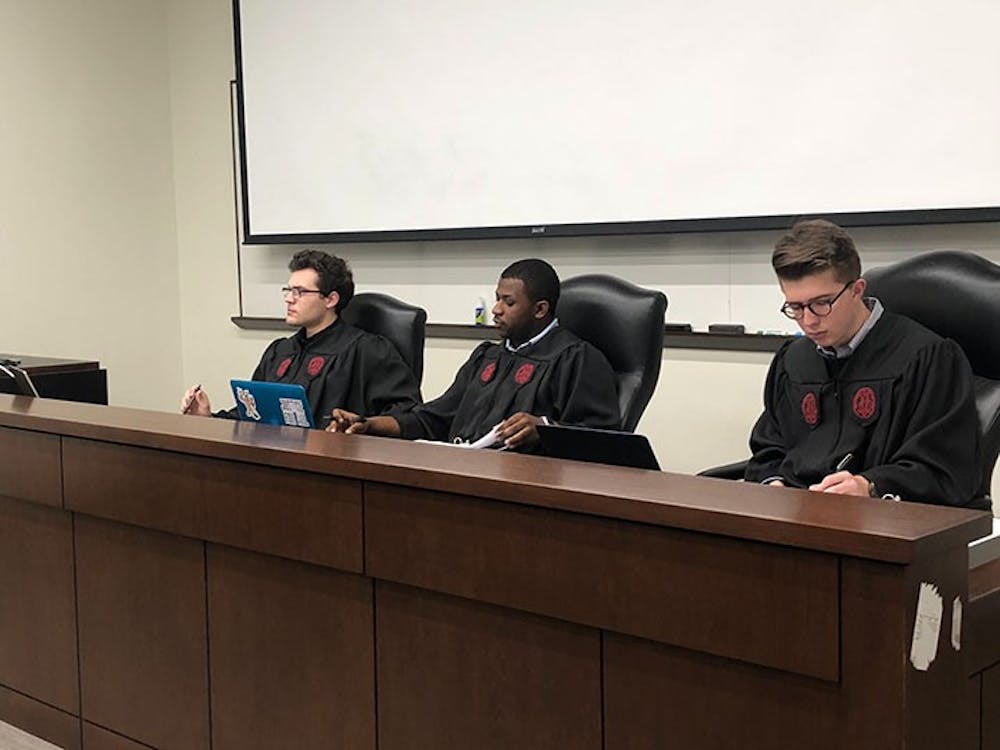 Four hearings were held the night of Feb. 20 regarding election violations filed to the elections commission. One case, White v. Crawford, was found invalid and did not have a hearing. The hearings were moderated by the constitutional council with chief justice Robert Augustine and associate justices Brandon Rattray and Robert Cathcart present.

Butler claimed this broke Section 4–3–30 (A) of the Student Government codes, which states “Phone calls, text messaging, or other forms of electronic communication may only be directed at individuals who have a pre-existing relationship with the candidate or the campaign member performing the contact,” and that these relationships must be “significant and substantial.”

The council decided that the message violated the Student Government codes. She was moved back into a status of soft campaigning by two university days.

The violation claimed that Jawaun McClam, a student not affiliated with Rushton and White’s Envision campaign, broke Section 4–3–30 (A) of the Student Government codes.

McClam sent out a message to the BUSC GroupMe chat talking about White’s presence at the Student Government elections debate and urged readers to vote for Rushton and White.

In the filling, Butler claims it also violated the code because McClam is not a part of White or Rushton’s campaign.

The council determined the message violated the Student Government codes. As a consequence, White’s campaign was again pushed back into a period of soft campaigning by two university days. They will not be able to begin hard campaigning until Feb. 25.

The violation claims that student body vice presidential candidate Zachary Crawford distributed campaign materials in a spot, specified as the first floor of Russell House, that was not designated for tabling.

Video evidence shown during the hearing showed Crawford handing out campaign materials to students on the first floor of Russell House. According to section 2–A under guidelines of the campus solicitation policy of the university, dining halls are not one of the listed areas for distribution of materials.

The council decided that the action had violated the codes, and Crawford’s soft campaigning period was moved back by two university days. Crawford may begin hard campaigning Feb. 25.

The invalidated filed violation accused Crawford of harassing a meeting of Rushton and White’s campaign.

According to the file, during a private event for Rushton and White’s campaign at the 700 Lincoln building on Feb. 11 at 8 p.m., Crawford could be seen through the door window laughing with a group of people. Later in the night, the violation claims he had led a “loud, long round of clapping” from the “opposite side of the building” that interrupted the candidates presentation. The violation claims a staff member saw him being let in and then running out.

This incident, as well as previous actions and commenting “passive aggressively” on Rushton's Instagram about former members of his staff, “easily qualify as harassment.”