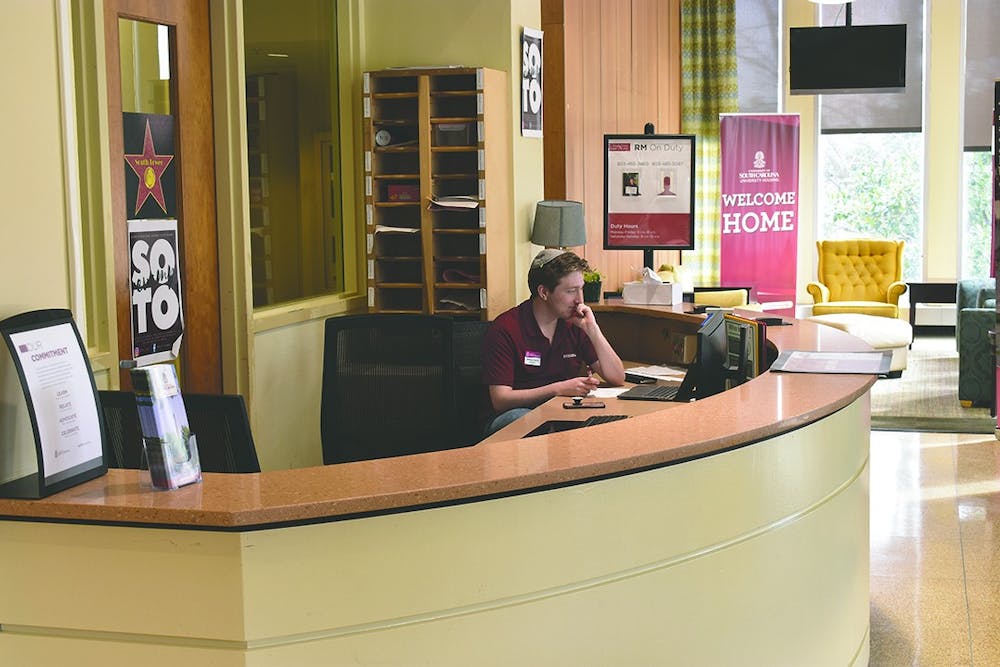 Visitation policy has been debated in the Carolina student community for years, and while the Residence Hall Association (RHA) has been proficient at acknowledging the complaints of students, more improvements can be made in order for on-campus residence halls to have a more realistic approach to visitation policies.

There are currently two visitation plans available to students depending on the residence hall they live in. The Crescent Plan allows visitation “24  hours a day, every day of the week.” Visitors must be checked in at the front desk upon arrival, checked out upon departure and must be escorted by the host at all times in the residence hall. This plan is the more liberal of the two and relies on the communication of roommates in order for visitor guidelines to be set.

The more restrictive policy is called the Palmetto Plan and allows visitors “from  9 a.m. – 2 a.m., Monday through Thursday; and 9 a.m. Friday – 2 a.m. Monday.” The host must remain with their guest in this policy as well — the only difference is the ban of overnight visitors on weekdays. However, in select halls, students have the opportunity to vote to switch to the Crescent Plan at the start of the second semester.

Lynch said until RHA is able to work out finding a happy medium between the two plans, the current system is the best way to regulate the different styles of residence halls.

Residence halls with more widespread entrances are chosen for the Crescent Plan because it is more difficult for those who work at the desk to control who gets checked in and out. Halls such as South, East and Green Quad, with multiple entrance points, are given more freedom. However, not all residences under the Palmetto Plan have a single entrance. This lack of uniformity causes some residence halls to be able to get away with a limitless visitation policy, even under the Palmetto Plan.

Sims in the Women’s Quad is an example of a residence hall with more than one entry point under the Palmetto Plan. Shelby Scoggins, a visual communications student who works at the front desk of Sims, said she has to ask students to sign in “all the time,” and students might not be truthful about signing in guests due to lack of card-scanning upon entering Women’s Quad.

Kajal Patel, a fourth-year student and current resident mentor in Sims who works at the front desk, said within a two-hour span she will have “10 people or 15 people who might scan in.” She said because the lobby is built with multiple entrances, students find it easier to get to the elevator without scanning in.

Other buildings under the Palmetto Plan, such as Capstone House and South Tower, have doors blocking the elevators adjacent to the front desk, so students must scan their cards and sign in their guests. Residence halls such as this are better suited for the more restrictive plan because it can be enforced through the architecture of the lobby rather than relying on those who work at the front desk to force students to sign in.

The Palmetto Plan is virtually useless in a residence hall context due to the inconsistency of the entry points of each hall. The high rate of transition from the Palmetto Plan to the Crescent Plan shows students want a more liberal visitation policy, and the community learns nothing from more restriction except how to get around signing in their guests.

Providing the Crescent Plan to all residence halls would benefit each community because it encourages communication among roommates in order to establish boundaries regarding visitation while also allowing students to bring guests in without feeling as if they need to hide anything from the front desk workers, creating an environment of integrity and cooperation.