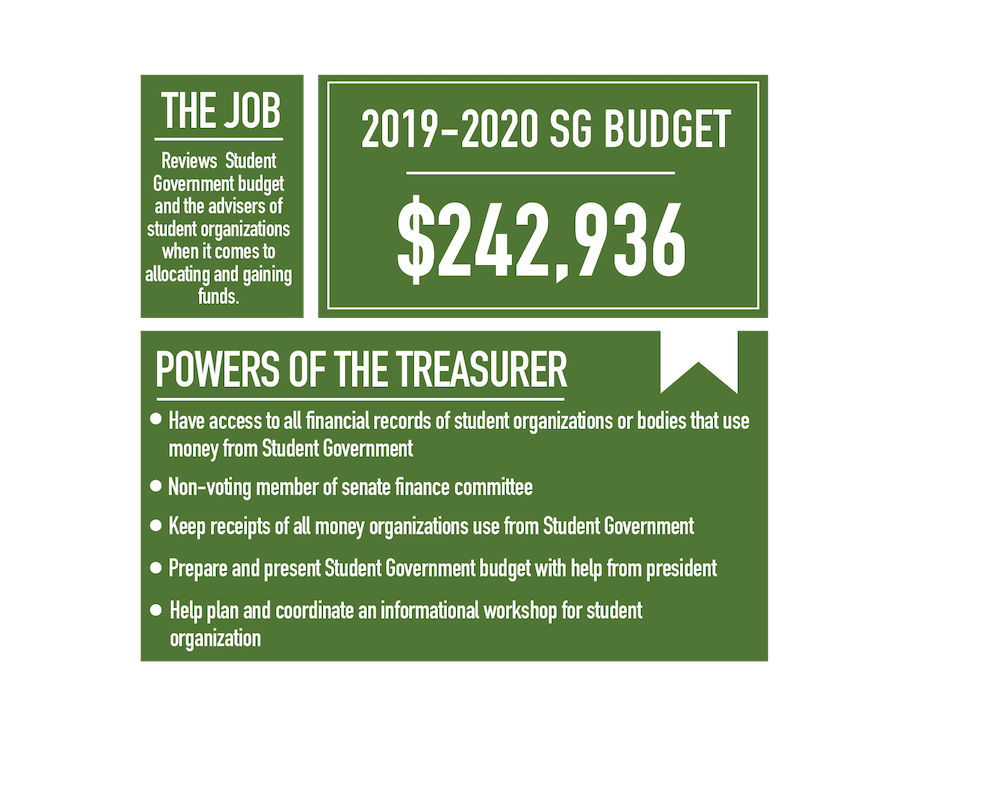 The proposed referendum that would change the role of treasurer to an appointed position instead of an elected one is not in the best interest of students – instead, it shows a distrust in the student body.

Speaker pro tempore Brandon Patrick proposed the referendum and said because the position is not in the line of succession, it should be appointed by the president. Other reasons for the change include that, should the position of treasurer become vacant, the president nominates a replacement.

Chairman of health and safety David Butler supplemented Patrick’s argument and said because treasurer is not an elected position in some other SEC schools and Clemson, a precedent for this change is already in place.

Continuously evaluating and challenging current methods and standards is important to maintain the integrity of Student Government. This plan, however, was incomplete and poorly defended.

Treasurer Kate Lewis said she admired Patrick’s work and transparency and contended his main motivation was ensuring the most qualified candidate becomes treasurer. She said this core idea was an offense to the student body.

“Every single student here is here for a reason," Lewis said. "They’re intelligent, and they can make decisions for themselves and for the betterment of this university, so it almost insults the student body to say that they want this as an appointed position.”

Lewis seemed to understand the plan better than Patrick himself and noted that schools in which treasurer is an appointed position have multiple vice presidents and work with fewer funds.

“The amount of money that I deal with is hundreds of thousands of dollars, and the amount of responsibilities I have is way more than anybody who stands up there proposing this legislation can imagine,” Lewis said.

She also broke down the logistics of appointing a treasurer. She said she was under "immense" pressure to submit budgets 30 days after inauguration, and said it would not be feasible for that work to be done if a candidate was being nominated and appointed during that time.

Lewis said because every student pays an $85 activity fee to fund the treasurer’s budget, they should have a direct voice in how that money is managed.

“If every single student has monetary value in that role, then they should have a say in that role," Lewis said. "It’s just simple ethics."

The assumption that appointing a treasurer will produce the right candidate displays a blatant lack of faith in the student body, and it puts more power into the hands of senators. Patrick showed only vague familiarity with the plan and the position itself, and while his policy of transparency was admirable, it revealed only a poor argument.

While other schools might be able to successfully and ethically appoint the position of treasurer, because of the current framework of USC’s Student Government, it could not be equitably implemented here without substantial institutional changes.

“At the end of the day, even if this doesn’t pass, I want what’s best for the student body,” Patrick said.

If Patrick and the rest of Student Government continue to make students their priority, the results of this debate are clear. Keep the power with the students.