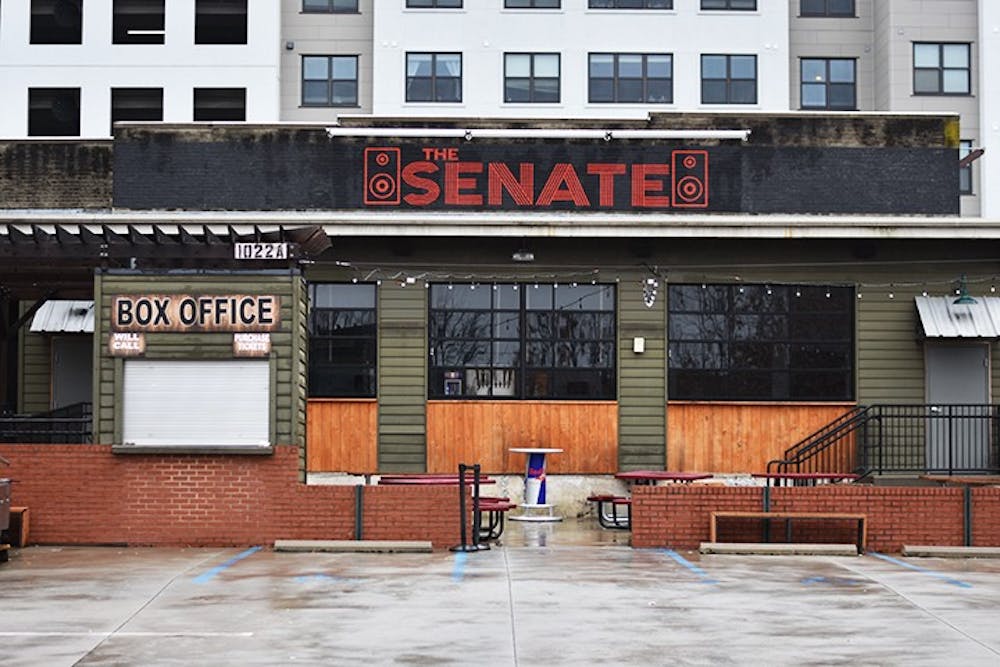 The Senate and New Brookland Tavern are two well-known venues in Columbia, but which one is better? It seems there might not be a definitive answer to that question, considering they both have their pros and cons.

The Senate, previously known as Music Farm, is only a 14 minute walk from Russell House. This makes it very convenient for students to attend events without having to worry about transportation.

New Brookland Tavern is a little farther, and it is not within walking distance of the university. This venue is located at 122 State St., West Columbia, which is about a 10 minute car ride from campus.

Although New Brookland Tavern is farther away, the parking situation is a lot easier. Multiple well-lit parking areas are available at this venue. On the other hand, The Senate has limited parking space on the venue ground. Unless you are planning to get there a few hours before doors open, you will most likely have to find street parking or park in a garage.

As far as entertainment itself, both of these venues have a diverse list of events. The Senate is known for its concerts, but they also allow booking for private social gatherings and even weddings. New Brookland Tavern is also mainly a music venue, but there is occasionally a comedy or karaoke night to switch things up.

There is a big size difference between the two venues. The Senate’s capacity is a whopping 1,200 people, compared to New Brookland Tavern, which can only hold up to 300 people.

The size of the venues plays a big role in which bands or artists perform there.

The Senate, while not a huge arena, is still able to host some more well-known artists, such as Young M.A, who is coming to The Senate on March 28, and Grouplove, which is making its appearance at The Senate on May 20. Turnover, Mason Ramsey and Fitz and The Tantrums are just some of the other recognizable names that have recently performed at this venue.

New Brookland Tavern also gets some big-name artists every now and then, but they seem to focus their attention on local bands and artists that do not have a huge following. An upcoming event at New Brookland Tavern includes Bad Omens, Oh Sleeper and Thousand Below on March 1.

Due to the smaller venue size and lesser-known artists, a more personal experience is likely at New Brookland Tavern. There is also a better chance of personally meeting the performers before or after the show. Getting the chance to meet the band without having to pay VIP ticket prices is, arguably, an advantage.

After a show, audience members might be hungry. Both of these venues have food options very close by, if not inside the venue itself.

Tin Roof and IHOP are two restaurants close to The Senate. Breakfast food is a classic post-gig meal, and the conveniently short distance from this venue makes it an easy option. Tin Roof has a traditional “Bar Menu” with items such as tacos, burgers and fried pickles. This restaurant will even give 10% off all food and nonalcoholic beverages to customers with proof of a ticket purchase at a Senate event that day.

At New Brookland Tavern, audience members don’t even need to leave the building for food. This venue offers an in-house kitchen with a variety of food options, and the kitchen is open until midnight Sunday through Thursday and until 1 a.m. Friday and Saturday.

Considering all of these differences, the question of which venue is better can't exactly be answered. For those who prefer smaller, underground bands, New Brookland Tavern might be the better option. However, for students on campus looking for last minute plans, the convenience of The Senate is probably the best bet.