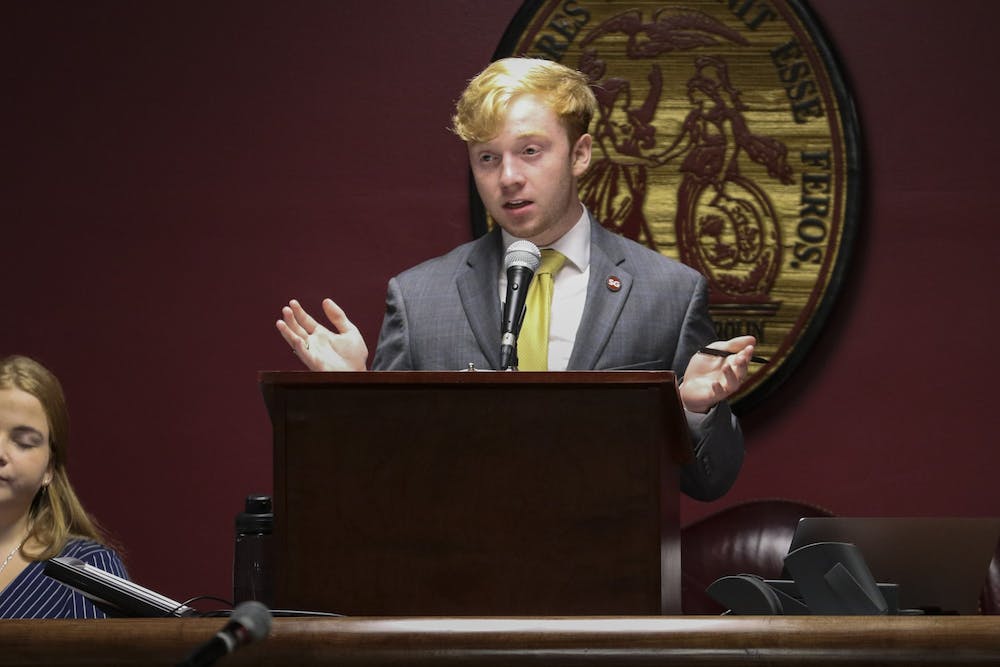 By Tyler Fedor, and Jack Bingham

The role of Student Government Speaker of the Student Senate Davis Latham is in question following a constitutional challenge brought up on the floor in Wednesday night’s senate meeting.

In addition to the challenge, a bill was proposed that would change the role of the treasurer in Student Government, altering the position from an elected role to one appointed by the student body president, similar to members of the executive cabinet. Speaker pro tempore Brandon Patrick, who proposed the bill, said this was in the best interest of the student body.

“With elections, typically to be elected you have to have a very strong voter base, and perhaps somebody who is best qualified for the position may lose an election to … somebody who is not as qualified,” Patrick said.

Treasurer Kate Lewis said she believes in the current system of selection for her position.

“Every single student here is here for a reason. They’re intelligent, and they can make decisions for themselves and for the betterment of this university, so it almost insults the student body to say that they want this as an appointed position,” Lewis said.

The bill was tabled until next week’s meeting following a back-and-forth of votes, and will require a two-thirds vote to be approved.

The constitutional challenge regarding Latham was also filed by Patrick, in conjunction with elections commissioner Bennett Lunn. The complaint filed against Latham states that he exerted undue influence over the nomination process of Patrick Ellis, a candidate for the position of deputy elections commissioner.

Student Government senators are currently prohibited from discussing the constitutional challenge in any manner.

Correction Feb. 6 at 8:30 a.m. - The headline was changed to reflect that Latham's 'undue influence' is an accusation.