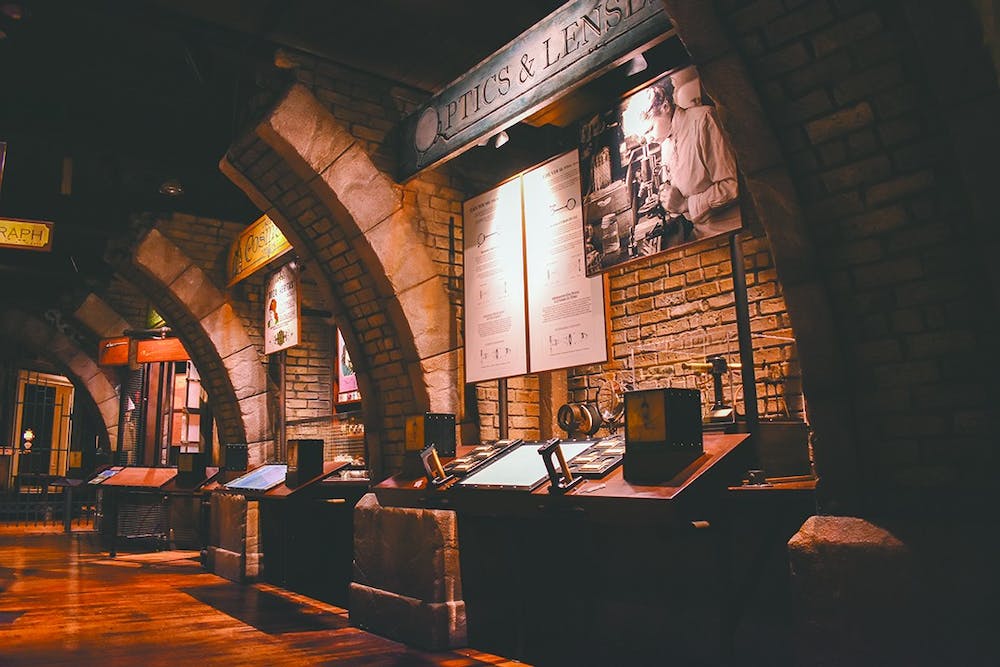 The game is afoot at the South Carolina State Museum with the opening of a traveling exhibit that follows Sherlock Holmes and surrounding Sir Arthur Conan Doyle lore. After a 10-year journey, Columbia is the exhibit's last stop.

In collaboration with the Conan Doyle Estate Ltd, Oregon Museum of Science and Industry, the Museum of London and a collection of sponsors, the museum built an exhibit that follows Holmes in multiple ways. From costumes, props and behind-the-scenes tools from CBS’ "Elementary" and BBC’s "Sherlock" to Warner Bros' "Sherlock Holmes" films — including the car used in "Game of Shadows" — the exhibition offers guests a display of Sherlock Holmes from mainstream culture over the last 126 years of his existence.

“Footprints, splatter patterns and the powers of observation mark the journey through The International Exhibition of Sherlock Holmes … The interactive experience combines science with history and culture to bring to life the historic underpinnings of author Sir Arthur Conan Doyle’s rich and vibrant stories,” according to the exhibit's press release.

The fictional character of this Victorian world, conceived by Conan Doyle, is a scientifically educated professor from 1886 and exists in 56 short stories and four novels. Today, this collection has not only become prominent in mainstream culture, with a number of spinoffs in other mediums since 1922, but has also influenced science, justice and technology due to the empirical and scientific basis of the character's forensic operations.

The exhibit is an interactive experience where one acts as an investigator and follows in Holmes' footsteps by solving a murder with tools such as antique paper cutters, botany labs, optic lenses and stampers. The first room is "almost like a historical archive" for Conan Doyle, with pertinent artifacts and information from his estate, according to Alexandra White, a museum employee. Following this is a darker, Victorian-themed hallway full of Conan Doyle-esque inventions, such as blood splatter machines or a wheel of shoes to replicate footprints.

“It's really, really cool, especially with, like, the interactive part, and then we also have a lot of really cool Arthur Conan Doyle stuff, so I think it's different,” said Anna Marie Konieczny, an employee at the exhibit and USC student. "It's one of our more unique [exhibits]."

This exhibit compiles and tells the story of a prominent figure in the entertainment industry throughout its history. From original manuscripts and period artifacts to investigative tools influenced and used by Holmes, this exhibition is unique in its interactive nature.

“The Conan Doyle Estate can’t remember an undertaking as involved and exciting as this one,” Jon Lellenberg, the estate’s U.S. representative, said in a press release. “Museum visitors will experience the scientific and literary ideas that inspired Sir Arthur Conan Doyle to create Sherlock Holmes, and Holmes’ methods for investigating and solving crimes as the world’s first consulting detective, and they will visit their two worlds, including the very rooms in which all this took place.”

Open from now until April, the South Carolina State Museum offers this experience at $17.95 for adults, $15.95 for seniors aged 62+ and $13.95 for children aged 3-12, which includes museum general admission.