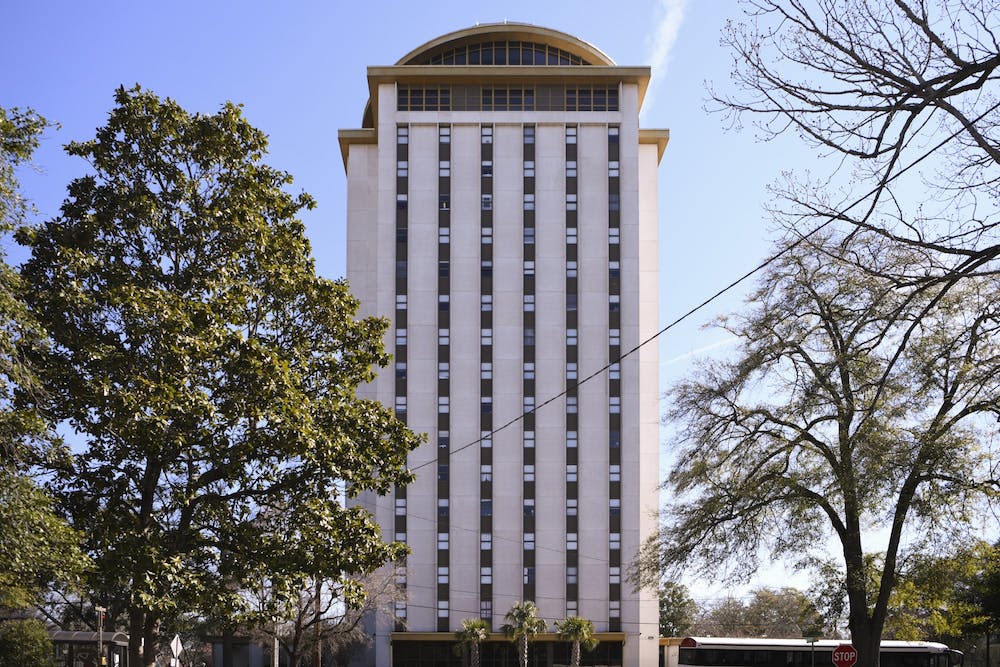 Both University Housing and campus residents would benefit if a means of communication between them was more readily accessible.

As a resident of Capstone, I’m inevitably aware of the many grievances residents hold about the building, and I got the chance to talk to a few about how they felt.

“I’ve hit the basement button, and it accidentally called the fire department. I had to tell them on the intercom that it wasn’t an issue,”  Murphy said.

“Someone had to move out from my floor because he was so sick from the mold,” Lindstrom said. “Both my roommate and I invested in an air purifier because of the moldy air.”

Josh Wise, director of communications marketing with University Housing, discussed how difficult the process of undertaking renovations is. Residents don’t know the half of it — even re-flooring and re-painting a residence hall is a process that can take an entire summer to complete, as it did for Columbia Hall and Capstone just a few years ago.

It’s not reasonable to expect that a certain residence will be prioritized at a given time because the truth is that University Housing has a university’s worth of housing to manage.

It’s not so simple that housing can fix Capstone whenever. Wise referenced a “master plan” that dictates roughly when planned projects are to take place, and some are prioritized based on a number of factors. For example, Wise said development of the new Campus Village site is currently being allocated more resources than other plans due to the logistics, finances and the size of the project.

There is a lot more that goes into renovations than some think. Wise said although housing wishes it could get to everything at once, it’s simply not possible.

“We're committed to providing a good living environment, and we truly are working to do that,” Wise said. “We’re gonna get in there and work on [Capstone]. We want people to have a good quality of life. We don’t want anyone to be miserable.”

Wise’s sentiment about Capstone certainly carries through for the rest of the campus residences, and it displays just how devoted University Housing is to providing a great living experience – now, it’s only a matter of convincing residents to believe it.

If University Housing and campus residents could communicate more clearly about resident needs and housing priorities, both parties would benefit. Residents could stop assuming negligence on the part of housing, and housing could have more information from residents for use in prioritizing renovation projects.

If residents knew when University Housing plans to address their concerns, they would gain some peace of mind. Housing posts certain project announcements on both their website and social media, but if a system was implemented so that greater detail could be shared directly to residents via email, the announcements would reach a much larger share of campus residents than before.

Sharing the road map of projects with residents would ease their concerns. Additionally, University Housing could further promote or expand upon its yearly satisfaction survey, which Wise said is aimed at addressing the issues residents have with their living situation.

At the end of the day, everyone’s intentions are the same – all parties only want a better living experience for the students of USC. Better communication is a simple way of achieving this goal.

If you have grievances about your residence, rest assured that they’ll be addressed – it’s just a matter of when. With any luck, residents and University Housing can work together to start keeping all parties informed, satisfied and on the same page.