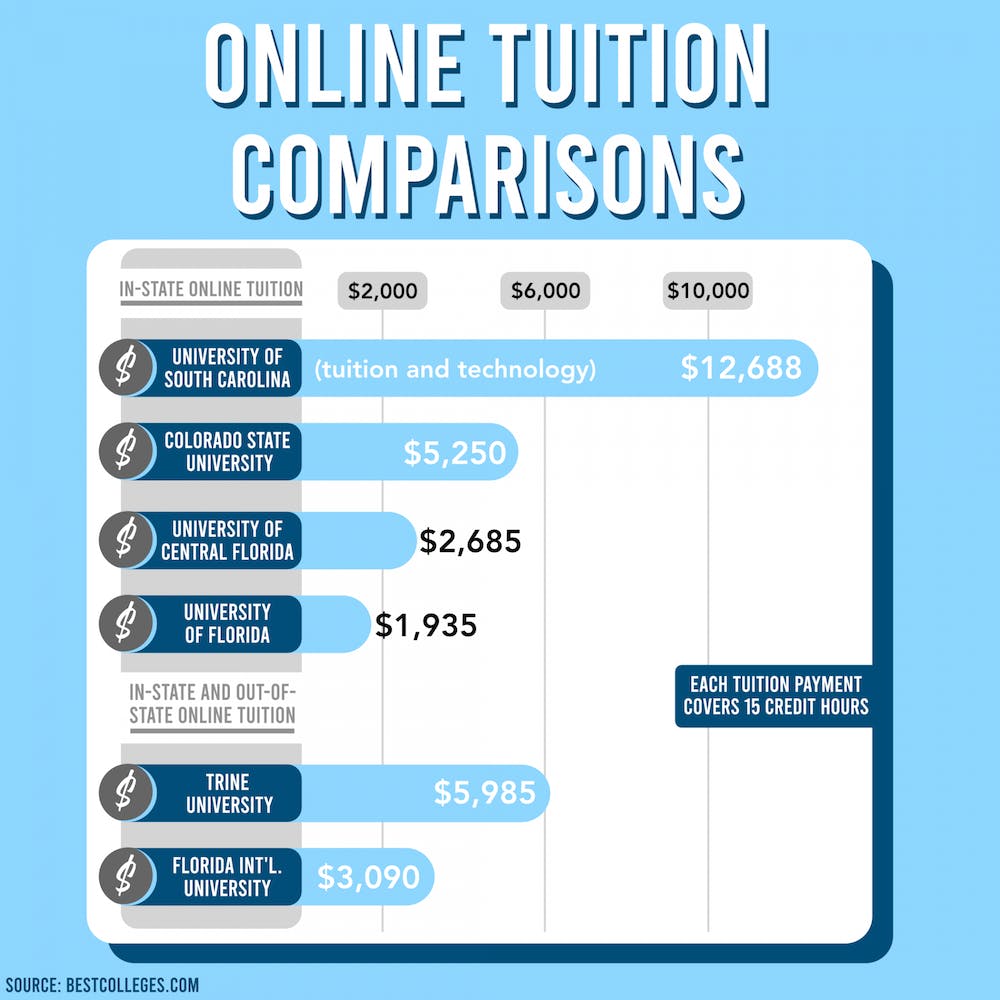 USC is taking appropriate actions in extending spring break and shifting to online classes, but these classes don't require the amount of tuition revenue we gave the university. Logical and ethical steps should be taken by the university to reduce the financial burden on its student population.

In the past week, the fate of the remainder of the academic year was thrown into limbo, as universities nationwide announced significant alterations to their upcoming operations, namely a shift to online-only instruction. While some have welcomed this news as a means to avoid schoolwork, others are not so happy.

According to USA Today, a Facebook group of concerned parents questioned the quality of online education and the value of their tuition payments. Over 4,400 students at Oregon State University have signed a Change.org petition requesting a reduced tuition rate for the remainder of the year, citing a loss of "precious instructional hours, access to critical resources, and … an education that is not comparable to the cost of our tuition” as a result of the switch.

That might sound like a folly attempt from short-sighted college kids to get some money back. The thing is, their claim is valid. Of the nearly $700 million USC receives in tuition and fees, nearly one-third of that goes toward instruction. With all universities in the USC state system suspending in-person instruction for at least two weeks, it seems likely the need for that large of an instruction budget no longer exists, for the time being.

For reference, the University of Phoenix-Arizona, the largest online university in America, charges under $12,000 per year for tuition. Factoring in things such as room and board, the question “What am I paying for?” begins to form.

And that’s just instruction. Feasibly, cuts could be made to other areas of the USC budget as well, such as operations and maintenance, student services and institutional support. Combined, these three areas make up another 17.8% of the university system’s budget.

Consider the alternative: Assuming no cuts are made, where, what or who is the excess money going toward? Vague claims about quality assurance from the university might be made — and could be valid — but they ring hollow during a time of economic stress in which working families, many of whom have kids in college, are hit hardest.

Additionally, shifting to online-only instruction creates an equity issue for the university. Some students have trouble accessing the internet outside of campus life, some struggle to learn in a non-visual manner and others live in time zones that make turning work in on time challenging.

Although this shift is undoubtedly necessary, it is incumbent on USC to be as accommodating to students and their families as possible. If USC, which had an over $800 million endowment in 2018, doesn’t take commonsense measures and instead allows displaced students to resort to crowdfunding to obtain financial aid, which has happened at prestigious universities such as Harvard, it risks losing the faith of its student population. The long-term costs of this could be exponentially higher than anything USC pays out in the short term.