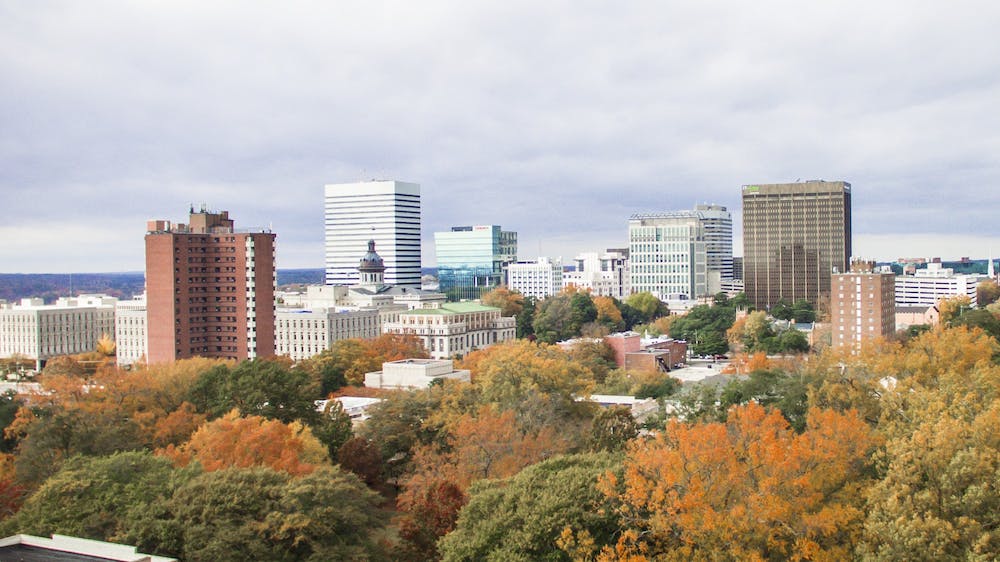 By Nick Sullivan , and Lily Shahida

For four years, The Local Buzz has cultivated a sense of family within the community. According to owner and operator Stephanie Bridgers, the coffee shop was founded with the mission to make all feel welcome, emphasizing hospitality above all else. She’s come to know her customers quite well, listening to their stories as they share photos of loved ones and order their daily coffees.

The Local Buzz now sits quiet, its conversations put on hold — Bridgers closed the shop indefinitely on March 14 in response to COVID-19.

“We have 70-year-old people that come to our cafe and hang out, and they have nothing now,” Bridgers said. “But we want them to be safe. I mean, that’s why we’re doing it.”

Local businesses across Columbia are facing similar decisions as government restrictions tighten in an effort to slow the spread of the coronavirus.

“It’s detrimental to our company”

In the week leading up to South Carolina’s mandate that all restaurants close dine-in and transition to delivery and to-go orders, sales at Drip Coffee were already down an estimated 25% due to spring break and fears of an imminent outbreak. When the legislation was enacted, Drip owner Sean McCrossin had to weigh his options.

“We’re calling it between me feeding my employees and paying my bills and keeping people safe, and that’s just a ridiculous line to be drawn in life,” McCrossin said.

According to Blue Marlin event coordinator Rachel Hawkins, the coronavirus has been “detrimental” to the restaurant. Hawkins estimated Blue Marlin is operating at about one-sixteenth of its normal sales. Hawkins said it has already begun laying off and cutting the hours of longtime employees.

Shafen Khan, owner and operator of The Corner Blend, said he knew it was only a matter of time before the state ordered restaurants to close, but he was “shocked” by USC’s announcement that it would be closing for the remainder of the semester. Partly because of its location near campus, The Corner Blend relies on students as both customers and employees.

Though he initially planned to continue delivery and carryout services, Khan decided to close his doors completely for an indefinite period of time.

“The decision was made mostly because of health because I noticed that, you know, while we can take all the precautions, everything inside the store, it’s really hard,” Khan said. “What people do when they go home, how can one control that?”

Khan said there is a lot of uncertainty surrounding the future of his business. The duration of the coronavirus’ impact will determine when and if The Corner Blend will return to normal operations.

Despite the financial difficulties he is already experiencing, McCrossin said he would like to see Gov. Henry McMaster take a stronger stance and close everything. This, he said, could potentially alleviate some of the uncertainty and anxiety many are feeling.

“Thinking outside the box”

For some local businesses, the transition to delivery and carryout presented an entirely new challenge. Blue Marlin, a Columbia fixture of more than 25 years, had never considered delivery before the mandate, and it didn't have much time to figure out the logistics.

“The day before this legislation came down that we can’t do any dine-in, we had all kinds of great plans to how we’re gonna make the best of this 50% occupancy, and now, then immediately that plan goes out the window to carryout only,” Hawkins said. “We just kind of started thinking outside of the box immediately ... because our business model is very much, whatever the customer wants, we can get it, and that’s not going to change now. If the customer wants delivery, yeah, we’ll find a way to make it happen.”

Still, Blue Marlin is not the first restaurant that comes to mind when people think of delivery or carryout options, Hawkins said. To encourage more business, the marketing team purchased on-air radio spots, and Hawkins has been reaching out to customers who had to cancel events to inform them of what Blue Marlin can still offer.

Less than a week after announcing The Local Buzz would temporarily close, Bridgers “started really missing” the community and held a pop-up shop at the store, giving customers a couple hours to place special orders and pick them up.

The following weekend, Bridgers once again returned to the community via the “buzzsicle,” a Local Buzz-owned bike parked outside of her house and full of treats such as novelty ice cream, candies and coffee. Bridgers said this was not intended to turn a profit but to give the community a fun taste of normalcy while promoting social distancing, since only one family at a time was allowed to approach.

“It was a grab-and-go for the kids, and everything was either done through, they put the change in the register or they venmoed me, and it was a complete honor system,” Bridgers said. “That way we could still social distance, but be a little social, but then no one was going to get together.”

For coffee shops such as Drip that are remaining open, the transition to delivery and carryout orders has been fairly simple, since many of its customers already order their food and drinks to go, according to McCrossin.

Drip will begin delivery service April 1. However, McCrossin said he is not confident that this practice will be sustainable.

“A lot of stuff will be depending upon if I can get my rent reduced or postponed for a few months. If I can’t, then I don’t think it’s going to be very sustainable more than a month,” McCrossin said. “If I can postpone rent, I think I can sustain my salaried employees via just delivery.”

The Local Buzz was one of the first local restaurants to close before the statewide mandate. This decision came after Bridgers' discussion with her eldest son, who urged her to take action not only for the health of their family, but also the community.

While her family has her husband's income to fall back on, Bridgers said she worries about others who rely on income from their small businesses to pay their bills.

Hawkins said the community should support local small business owners rather than chains that have the capacity to survive this kind of damage.

“Not just us, but all these small businesses that are just going to really go through it right now. Instead of going to McDonalds or Dunkin' Donuts or Chick-fil-A, be a little bit more — spend that money in the community and go to the local coffee shop or Blue Marlin for lunch or the local deli instead of Subway,” Hawkins said.

Bridgers said she encourages the community to give back to local businesses by shopping at their online stores or buying gift cards to the places they love and want to go back to. Every dollar counts, she said, because even a small purchase uses up inventory that would otherwise have gone bad and been left unused.