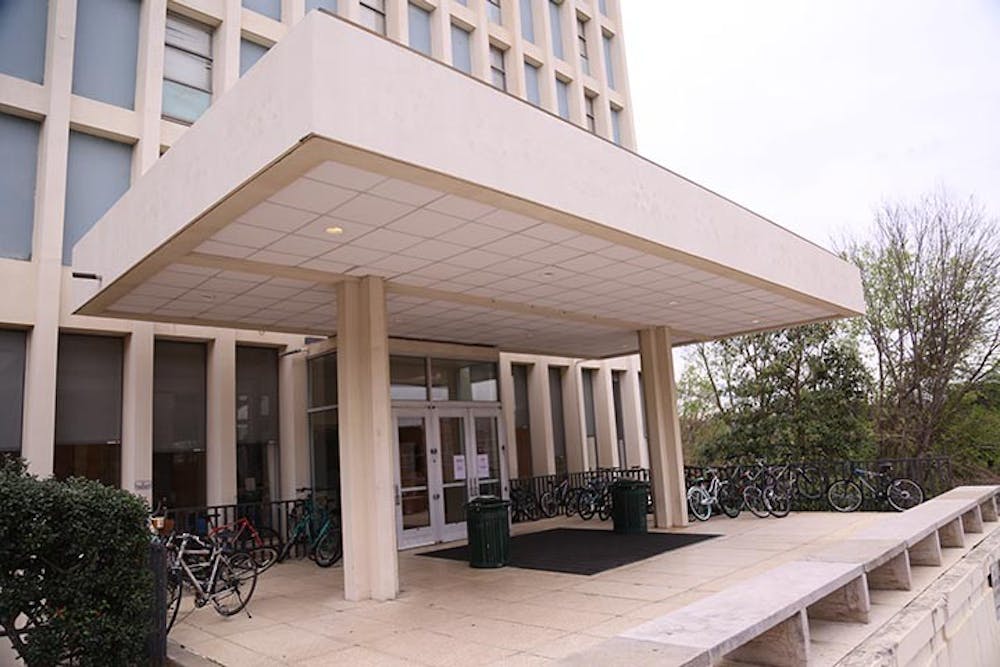 In an effort to mitigate the spread of the coronavirus, students who live in on-campus residence halls were given three full days to retrieve “essential belongings” and leave the residence hall. These closures complicated housing arrangements for students, leaving them "frustrated" and "upset."

“The communication here, obviously, hasn’t been great, but then also, it just seems very arbitrary to me, which is, I would say, characteristic of USC and USC housing,” Sarai Dai, a fourth-year history, political science and Russian student, said.

On Friday, USC announced students were no longer allowed to live in on-campus residence halls until at least April 5 in response to the coronavirus pandemic. Students with “extenuating circumstances” were required to fill out a form by Monday if they wanted to stay on campus.

Over 1,172 students applied to remain on campus during the closure and 382 students were granted the exemption according to Peggy Binette, the USC senior associate director of integrated communications, in an email.

There are approximately 8,000 students that live in on-campus residence halls.

Students whose forms were not approved had until noon on Tuesday to retrieve “essential belongings.”

The extenuating circumstance forms were reviewed by university housing and student affairs staff.

Some students received emails saying their requests to stay were denied less than 24 hours before the Tuesday deadline to move out.

“Requests were reviewed and turned around as quickly as possible,” Binette said.

Jake Womick, a second-year mechanical engineering student and resident at 650 Lincoln, said he filled out the form because he has a job in Columbia and worked at his church’s ministry. He received notice that he was denied after 5 p.m. on Monday.

“I was denied with about 18 hours to pack up and get out,” Womick said.

Dai is a resident of Pinckney/Legare and said she never received an email or phone call about whether she was granted the exemption to remain on campus.

“I had to call housing to ask, and I had called them five, six times before that,” Dai said. “It still was kind of shocking, just to realize I had to pack up almost all my stuff and get out in less than two hours, basically.”

Dai said she had concerns about returning home to her 82-year-old grandma and 69-year-old great uncle. She said she wanted to stay on campus to “lessen the danger they would be facing.”

The university's communication, the timeline of the form approval and the criteria for the “extenuating circumstance” have been inconsistent, according to Dai.

“I understand that there was only one committee dealing with all these requests, and I understand there were a lot of requests, but at that point, I feel like perhaps they shouldn't have given us so little time,” Dai said.

“The application was designed to be open, ensuring that each student had the latitude to describe their situation in detail such as not being able to return to their home because of travel restriction or being without a home residence,” Binette said.

Jobs, travel and lack of housing were some of the reasons students applied for the exemption to stay on campus.

Kaley Hebebrand, a first-year chemistry student and Park Place resident, was one of the 382 students approved to remain in the residence halls.

Maddie Zediker, a first-year pre-pharmacy student and Honors resident, is an out-of-state student. She said she filled out the exemption form because she had already rescheduled her travel plans.

“I needed to get my books, but I had already rescheduled my flight twice at that point, and I didn’t really have the money to reschedule again to come earlier to pick up my books,” Zediker said.

Zediker was not granted the exemption to remain on campus during the closure.

Rebecca Early, a fourth-year public health student and resident of Pinckney/Legare, has a job in Columbia she did not want to lose. She did not receive an exemption to stay in her residence hall and said losing her source of income was “a genuine reason for wanting to stay on campus.”

“The people just could not seem to care less when I called," Early said. "[I] was, you know, almost in tears, saying, 'I have no idea what I'm gonna do about housing,' and they were like, 'Well, looks like you're gonna have to figure that out.'”

According to Dai, the exemption form approval process "could have been handled way better."

“It kind of shows how unprepared this university was,” Dai said. “Everything was changing by the minute, and it never really worked out.”

Update on March 22 at 8:52 p.m.: USC announced on March 19 that the remainder of the spring semester will be online instruction. Students who have been granted the exemption to stay on campus are allowed to stay through the spring semester. Students that still need to retrieve belongings will be able to do so at a later date that has not been specified.