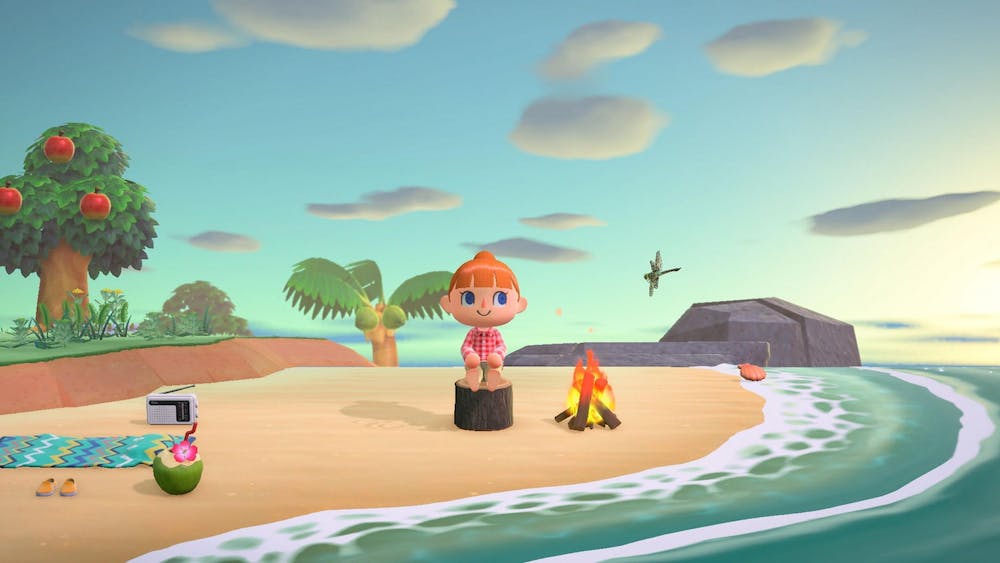 Sunbathing on the beach, long walks by the river and visiting friends might seem like a distant memory for most of us as the world is in quarantine. Luckily, Nintendo has released its newest version of "Animal Crossing," a simulation video game that allows us to virtually do all of these things.

"Animal Crossing" has been around since 2001 and was first played on the GameCube system. The calming and carefree game has evolved over the years and has been released on the Wii, DS and a mobile app. On March 20, "Animal Crossing: New Horizons" was released and became available on the Nintendo Switch.

Unlike most games, there is no real objective to "Animal Crossing." Instead, the game is designed to be played in real time and at your own pace. Whether your goal is to pay off your housing debt or take in the beautiful landscape "New Horizons" has to offer, the choice is yours.

In "New Horizons," your character moves to a deserted island under the leadership of a raccoon named Tom Nook. You get to name your island and customize it to look however you would like. Tom Nook also gives you the option to upgrade the tent he gives you to live in and renovate it into a multilevel house you can expand and customize using the game's currency of bells.

Bells can be acquired by fishing in the rivers or ocean, catching bugs that wander onto your island, selling items you have crafted using natural resources and more.

Compared to past versions of the game, the quality has greatly improved. In 2008, I, along with many other "Animal Crossing" fans, would sit on the living room floor looking up at the TV with squinty eyes trying to make sure not to look over a fossil hidden in the ground or a tarantula waiting for its revenge. In "New Horizons," everything seems much more clear and better animated.

Perhaps this is partially to do with the console it is on, but "Animal Crossing" can take full credit for making the flora and fauna look a lot more appealing in this version.

One problem with the game is that only one island can be created per Switch console. This means that if your console is shared with your family, only one of you will be able to own an island.

Despite this limitation, the possibilities for your island are endless. "New Horizons" carries on the tradition of having numerous animal villagers living alongside you. There are 402 furry friends in the game that you have the opportunity to meet and invite to live on your island.

The best part about these villagers is they all have their own personalities and catchphrases. If you ask an "Animal Crossing" fan, they probably even have a favorite villager of their own.

A new feature in "New Horizons" is the ability to craft tools, furniture and clothing. This is a refreshing twist that allows a lot of customization in the game. There are endless amounts of ways to decorate your house, island and character thanks to this addition.

You can also invite real world friends over to your island or visit their island. You can do this by sharing Switch codes with friends then heading over to your island's airport to let Orville know you are expecting guests. He and his pilot brother, Wilbur, are most likely named after the Wright brothers.

Once your friends are over, you have the freedom to chat, share items, visit the island museum and do other activities. The best part is that it's all social-distancing-friendly.

"Animal Crossing: New Horizons" could not have come out at a better time and is the perfect quarantine game to use as a de-stresser or to pass the time. Whether you have been playing "Animal Crossing" since its debut on GameCube or you are completely new to this life simulation game, you are likely to find "New Horizons" a creative outlet and safe space.

"Animal Crossing: New Horizons" can be purchased at local gaming stores and on the Nintendo E-shop for $59.99.