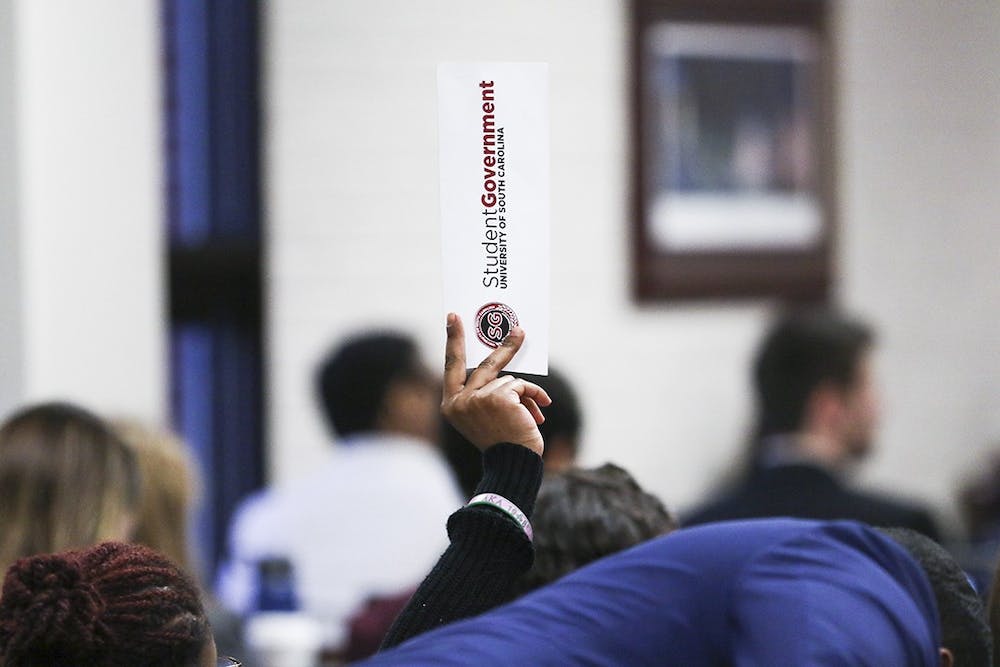 Student body treasurer Caden Askew unveiled a new system for accessing the Student Government’s budget and the list of comptrollers, who serve as aides for student organization leaders.

The former Student Government budget has been replaced with a system of several spreadsheets that will update spending on a two-week basis. The long list of comptroller names is now simply a search function.

“It’s just easier for student organizations to just type their name in and find their comptroller as opposed to scroll through a list and figure it out,” Askew said.

Both the budget and comptroller spreadsheets are available to the public on Student Government's website.

At the beginning of the meeting, the senate’s finance committee determined second-year statistics student Andrew Crawford unfavorable for the position of comptroller for a second time. Finance committee chair Morgan McDonald reaffirmed the committee’s position.

“It remains to be the belief of the committee that communication found ingrained to the comptroller position is essential to the success and effectiveness of an individual serving in the role,” McDonald said.

Crawford had been re-nominated by Askew following an unfavorable decision by the finance committee several weeks ago.

“The council today is truly not the council I joined back in 2018. We have progressed and have finally found our place in Student Government. My predecessors laid an amazing foundation,” Augustin said.

Augustin, who oversaw the case of Lunn, Patrick v. Latham, mentioned the former speaker in his farewell.

“While I have worked with the past three speakers, I truly saw this role grow into what it is today under speaker Latham’s time in office. He turned this body around, and I know speaker Jacobus will continue to continue on his great work,” Augustin said.