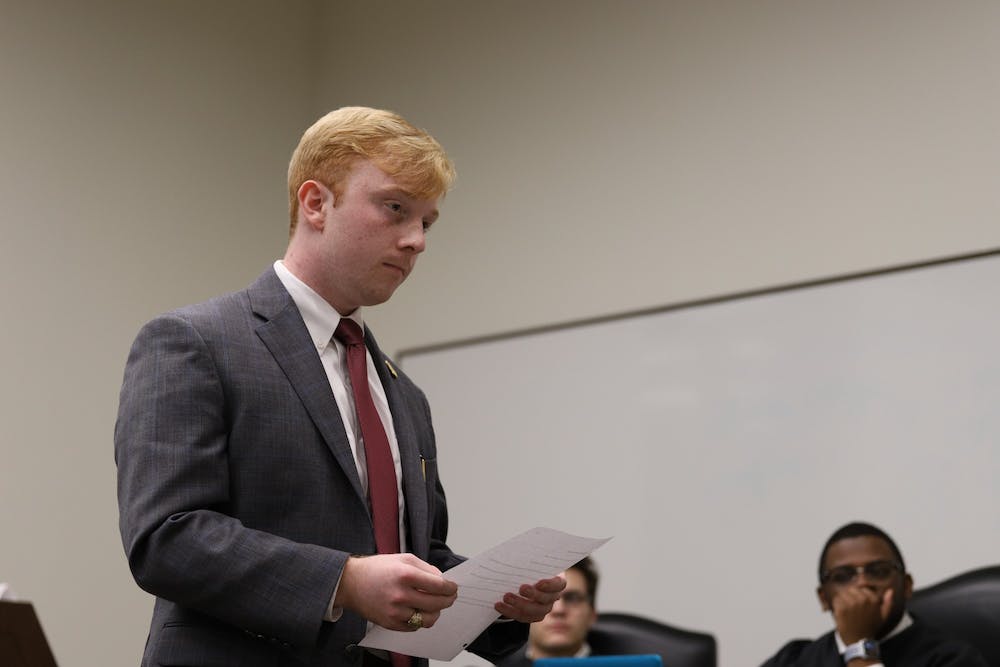 The constitutional council decided there was undue influence in the case of Lunn, Patrick v. Latham.

The council found that once a person is nominated by the student body president, they are brought under the protection of section 4-1-10(D)(1) of the Student Government codes, which states the executive office may not exert undue influence over the elections commission.

When the test was applied to the situation of Speaker of the Student Senate Davis Latham and his email, it was found that Latham’s email violated section 4-1-10(D)(1) and is considered undue influence.

As of now, Latham faces no consequences unless an elected member of student government brings up impeachment charges against him.

Correction Feb. 19 at 6:07 p.m.: A previous version of this article incorrectly stated who can impeach Davis Latham. Elected members for student government include senators, the treasurer, vice president and the president.