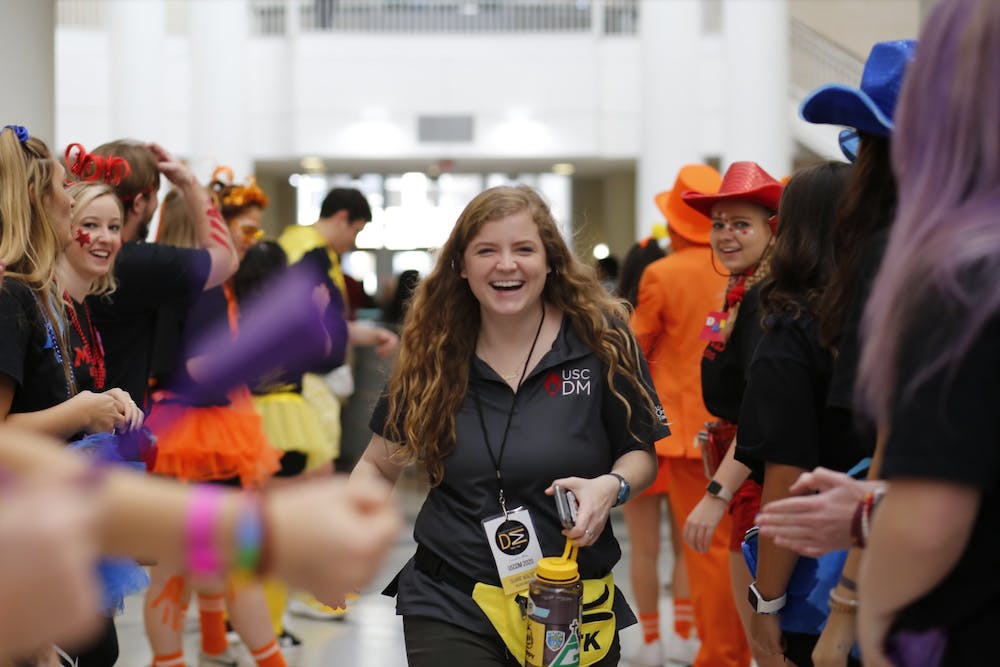 At many universities, there is a large emphasis on extracurriculars as a way to learn a skill, gain experience and make friends. USC is no different. As a Gamecock, students are frequently met with countless tents on Greene Street, advertising everything from well-known organizations to small clubs with niche focuses.

USC has over 500 student organizations, each with its own mission. Over the past four years, these five organizations have found ways to reach their respective goals and make an impact.

An academic-oriented club, Mock Trial simulates court trials with its teams of students acting the parts of attorneys and witnesses.

“Our goal is to win a national championship. But also the educational value is important too, and trying to get people more comfortable with how the legal system works and public speaking,” Mutton said.

When Mutton joined as a freshman, Mock Trial was made up of about 25 students and has since nearly doubled in size. The club has also grown competitively. According to Mutton, they have climbed from being ranked 200th to 50th in the past four years.

Beyond the bragging rights, this new ranking allows the club to get closer to its goal, as it is now invited to more prestigious tournaments more often. These opportunities, with guidance from a new coach, led them to a national championship last year for the first time ever. Despite low expectations, the team placed 10th out of 48 teams.

Mutton explained that while USC does have other competition-based clubs on campus, Mock Trial is unique in the sense that it is a “nationwide verbal puzzle.”

For Katie Longrich, a second-year visual communications student and the president of Entrepreneurship Club, the recent highlights for the organizations have to do with a strong leadership team and the ability for members to get involved.

Entrepreneurship Club, while many things, is best described by Longrich as a group of students with an appreciation for the demands of entrepreneurship. While members come from different schools and majors, they are like-minded in their goals.

“We have a lot of business school majors, but we also have computer science, we have the journalism school, so what we all kind of come together and agree on is looking up to these people that have ambition and, like, go for what they want in life,” Longrich said.

The organization is very hands-on in terms of learning about entrepreneurship, which has made it difficult for them to transition to remote meetings.

Up until this point, meetings centered around interactive workshops, such as building a product. This interaction is something Longrich tries to incorporate in other aspects of the organization, such as leadership.

According to Longrich, the biggest highlight since she began her leadership role has been watching members grow and get involved, and she often encourages them to run workshops, invite guest speakers and even create their own leadership roles.

“I would meet with members one-on-one that weren’t in leadership positions, and if they wanted to run a workshop or they wanted to bring a speaker in, I’d be like, ‘Yeah, totally. Go for it. Run this whole meeting if you want. Come to our committee meetings, get yourself in leadership positions. If you want to do something, we’ll make a position for you,’” Longrich said.

Beyond this, the goal of Entrepreneurship Club for the future is to bridge the gaps between all majors and break free from their business stigma.

“It doesn’t matter what major you’re in. You could want to be an entrepreneur, you could be interested in entrepreneurship or wanting to help be a part of like a startup,” Longrich said.

College campuses are often thought of as places of political activism, and College Democrats and College Republicans have helped bring this idea to USC’s campus through events and discussions. Senior members of these organizations have even had the opportunity to observe campaigning for the presidential election both in 2016 and 2020.

The Democratic organization is a place for “anyone left of center on campus.” Although the spectrum may vary, all members can find ways to get involved, from participating in protests for activism to holding discussions about political hot topics.

College Democrats have made it a goal to help get fellow students involved with elections. They teamed up with College Republicans to host a voter registration drive on campus, and according to Hayden Blakeney, a senior multimedia journalism student and photographer for College Democrats, this was a highlight.

On the other side of the spectrum lies College Republicans, a political organization aiming to spread the word about conservative policy ideals.

While their political beliefs might oppose those of their counterparts, College Democrats, Jacob Vining, a fourth-year biological science student and president of College Republicans, says this hasn’t bred much hostility.

“We get along well and work together frequently on projects around campus. We have noticed that outside of the political clubs are where the most divisive political action takes place,” Vining said in an email interview.

Every semester, College Republicans and College Democrats collaborate to hold a debate that is moderated by The State newspaper. According to Vining, seeing members debate passionately about conservative policies and support each other from the crowd is a highlight.

Dance Marathon fundraises for the ChildLife Program at Prisma Health, providing support for patients and families. Since its onset, Dance Marathon’s goal has remained the same, but according to Grace Lady, third-year BARSC student and president of Dance Marathon, the organization as a whole has changed greatly.

“There’s been steady increase in fundraising and participants over, you know, 20 years, but especially in the last four years we’ve seen a lot of growth and a huge amount of support,” Lady said.

In 2017, Dance Marathon fundraised over $750,000 and decided to make their goal for the future even bigger. The following year, Dance Marathon managed to reach its goal of raising $1,000,000, which Lady said was a huge milestone.

Dance Marathon raises this money through events that take place a couple times each semester. The themes often change, but the big tradition is Main Event, which takes place annually and lasts 14 hours from start to finish.

“It’s a day full of, of course fundraising, but we also have families from our hospitals come and speak about their experiences; we get to hear from ChildLife specialists that work at Prisma Health. A lot of entertainment and different things that happen,” Lady said.

This year’s main event featured new entertainment, including a siren disco, inflatables and a relay race run by President Bob Caslen and Cocky.

While events such as these are a big deal, Lady said the biggest highlight has been seeing the Dance Marathon community expand.

“I think [the] biggest highlight, is just seeing so many students walk away and feel like they were able to support something bigger than themselves and have a really incredible experience doing it,” Lady said.

Editor's note: Hayden Blakeney was a writer for The Daily Gamecock from 2017 to 2019.