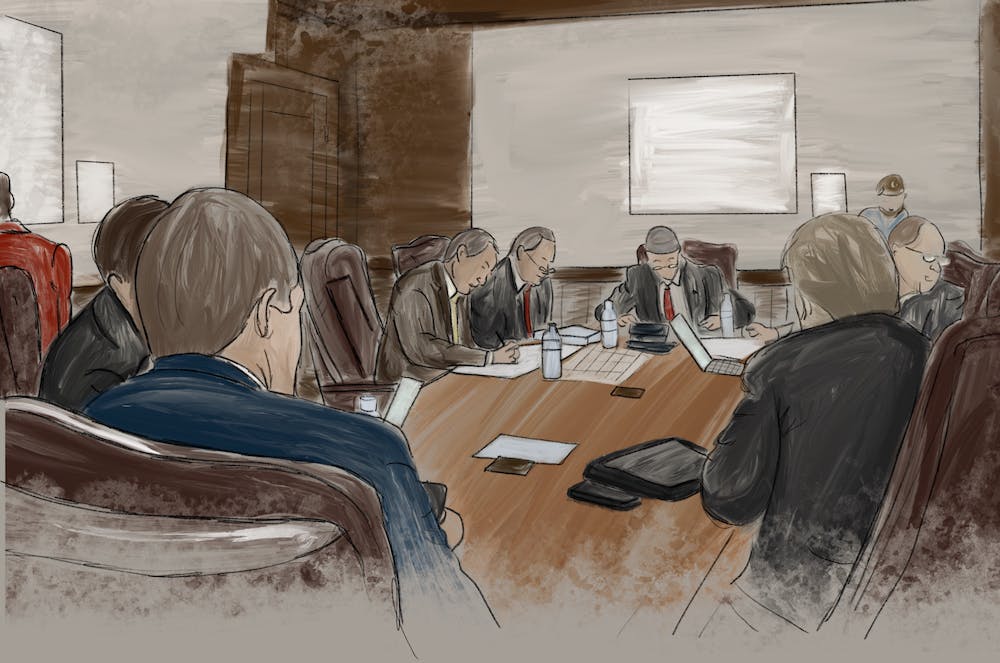 The board of trustees voted unanimously on a resolution that asks the general assembly to rename the Sims residence hall. The operating budget for the 2020-2021 fiscal year was also approved.

President Bob Caslen gave updates about the university's preparations for when students return for the fall semester.

Student Body President Issy Rushton presented six demands to the board of trustees that call for the university to address diversity and inclusion on campus. It is signed by 25 student leaders and is called 2020 Revision.

These demands build off of the demands USC students made in 2015 called 2020 Vision, with the goal of those needs met by 2020.

In a meeting with student leaders on Thursday, Caslen said that he will form a committee with Vice President of Diversity, Equity and Inclusion Julian Williams and student leaders to make sure these demands are met.

When Rushton was presenting during the meeting, there were interruptions from a member who did not mute their phone. There were few interruptions to speakers up until that point.

“I do believe that the board needs to move away from phone calls, as some other trustees did present after the technological failure, and I was disappointed that there was technological failures,” Rushton said. “However, the board does have a copy of this 2020 Revision, and I will be following up after today's board meeting.”

Rushton said there were close to 2,000 drafts made of these demands and that she will spend the nine months left of her presidency focusing on these demands.

One of the first demands is to expand Carolina Core and degree requirements to include courses about marginalized communities and the intersectionality of diversity in major coursework.

It also calls for the board of trustees to rename all buildings that have "direct involvement with the ownership of slaves, hate speech, and/or identity-centered violence" with the Sims residence hall, Strom Thurmond Wellness and Fitness Center and Thomas Cooper Library highlighted as immediate priorities.

Caslen announced on May 31 that all incoming first-year students will be required to complete a diversity module. Student leaders demand that the module be expansive and that it should be a requirement for faculty, staff, graduate assistants and athletics.

"This is truly a student-led 2020 revision," Rushton said. "However, we understand that in order to facilitate these changes we are going to need to partner with the administration."

The budget for the 2020-2021 fiscal year projects an overall revenue of $1.6 billion with expenses matching the $1.6 billion projection.

Last year's fiscal budget projected an overall revenue of over $1.7 billion with direct expenses totaling at $1.72 billion for the 2019-2020 year.

The total impact of the COVID-19 pandemic before cost and saving strategies is projected at $127 million. This impact is divided into $59 million of recurring and $68 million of non-recurring impacts.

If there is a tuition revenue that exceeds the estimated impact of $17.5 million allotted to academics units, it will go directly to academic units.

Tuition for both South Carolina residents and non-residents will not change for the 2020-2021 year.

The budget accounts for an expected decline in incoming first-year students and non-South Carolina residents.

Auxiliary costs like housing and meal plans will increase.

Housing costs show an increase of $84, which is attributed to more single-occupancy residences and cleaning materials due to the coronavirus.

The cost of meal plans increases by $62 due to the university's contract with Aramark.

The budget accounts for a decrease in ticket sales.

"We are a little bit conservative," Tanner said. "Our home schedule is not quite as attractive as it was a year ago."

Coach and staff salary total sees an increase of $1.9 million. Tanner attributes this increase to previous contract promises for the football staff.

"We had some contracts that we had to honor," Tanner said.

Tanner said he would expect the $1.9 million deficit to disappear and turn positive after the pay reductions from the top three coaches and athletic director salary.

The budget is expected to change, Tanner said, as more announcements regarding the fall season are made.

The university has conducted 800 coronavirus tests, with 44 positive tests or 5.4%.

"We're seeing positives in what we call clusters, which are primarily small groups of friends that are living together," Caslen said, "and they have common exposure, which includes friends or a dating partner or parties, some pool parties or house parties."

Caslen said that the university plans to test everyone when they return to campus.

"We plan to test all 40,000 students and faculty and staff on return," Caslen said, "and we plan to do that within a 10-day period, principally with a saliva test with the ability to determine its outcome in a laboratory in the pharmacy school."

Bates West has been selected as the residence hall that will house students who are diagnosed with the coronavirus.

Caslen said he is discussing with Mayor Steve Benjamin and community leaders the possibility of curfews and direct separation in bars and restaurants in Five Points.